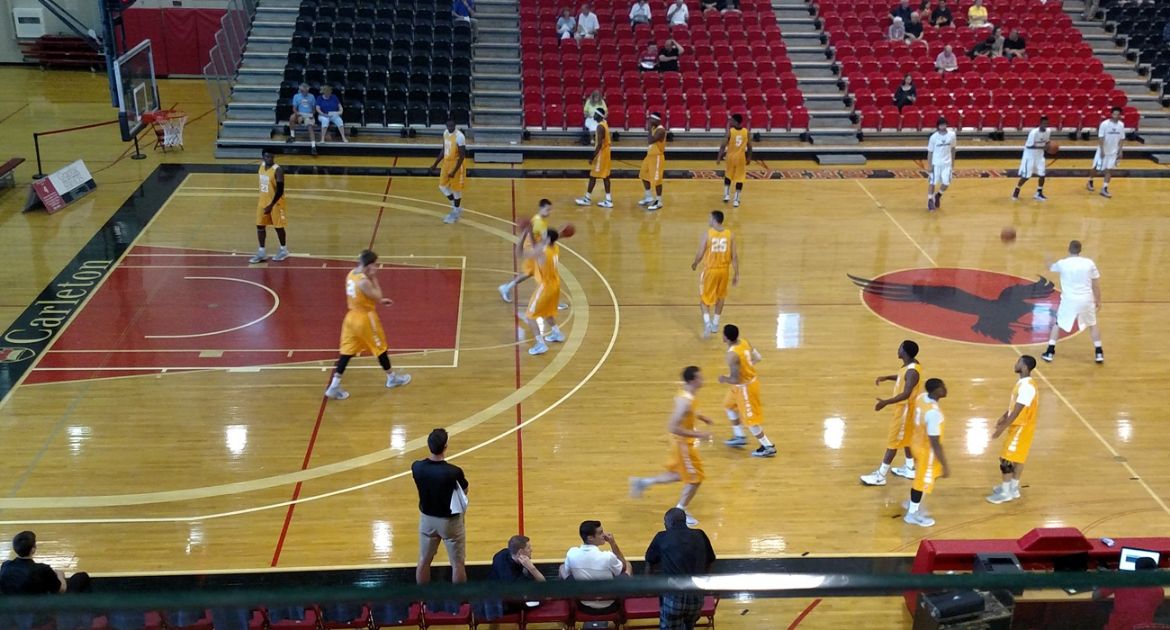 The Valparaiso men’s basketball team fell victim to a hot-shooting Carleton team early on Thursday evening in the Crusaders’ first of two games in Ottawa, as the Ravens led nearly start-to-finish in downing Valpo, 77-59. The loss, Valpo’s first in four games in Canada, came against the five-time defending CIS national champions.

Carleton hit its first three 3-point attempts in the first 3:12 of the ballgame and ended the first quarter 5-of-7 from behind the 3-point line in going on top 25-12 after one quarter of action. The Ravens extended their lead to as many as 20 points in the second period, going ahead 43-23 with 90 seconds to play in the first half, but Valpo scored the final seven points of the half – scoring on each of its last three trips – to go into the locker room trailing just 43-30.

But the momentum would not carry over into the second half, as the Crusaders could never pull closer than the 13-point halftime deficit. The defense held Carleton without a point for nearly a five-minute stretch spanning the end of the third quarter and the start of the fourth quarter, but Valpo managed just six points in that same time frame.

Junior Shane Hammink (Millingen aan de Rijn, Netherlands/Oakley College [LSU]) and senior Darien Walker (Chicago, Ill./Simeon [John A. Logan/Arizona Western]) paced Valpo in scoring with 14 points apiece. Hammink did his on 6-of-8 shooting in 25 minutes off the bench, scoring in double figures for the fourth time in as many games, while also pulling down a game-high six rebounds. The Crusaders shot just 35.5% for the game and were just 3-of-13 from downtown, as compared to 50% and 12-of-28, respectively, for Carleton. Senior center Vashil Fernandez did not play Thursday for Valpo.

Valparaiso closes out its Canadian foreign tour on Friday evening as the Crusaders face off against Ottawa – two-time defending national runners-up – at 5:15 p.m. CT.