A Valpo Life in the Spotlight: Jessica Corral 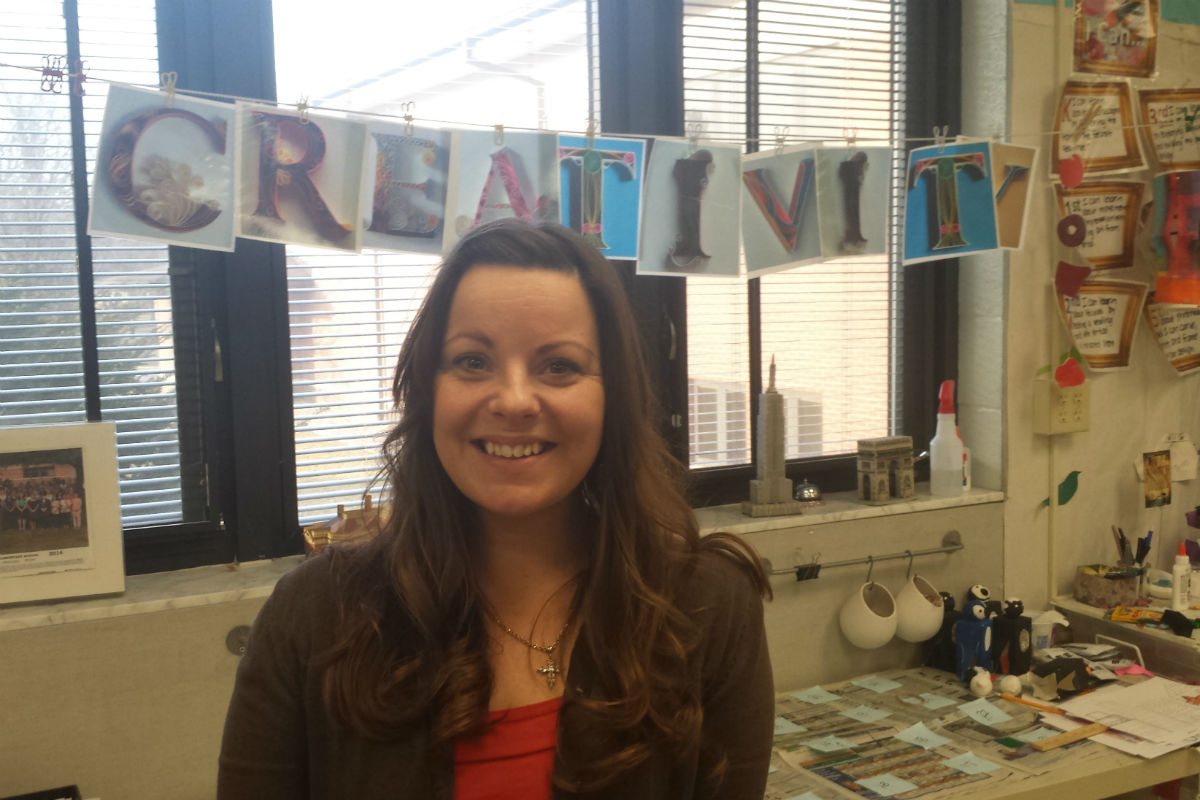 Jessica Corral has always had art as a part of her life. From an early age, art and creativity have always been a familiar constant in Corral's life, and when transitioning from each new experience and challenge, this drive to always create has been the driving force for all of her success.

Born in Dyer, Indiana and attending Lake Central Schools, Corral later on attended Indiana University and earned a degree in fine arts. After graduating, she moved to Hobart with her husband and two kids.

"At the time I was staying at home with my kids but wanted to do more so I decided to start my own business with design work," says Corral. "I started doing work with graphics and web design for local clients. My business was called Jade and Raspberry Design, inspired by three things, my children, the opposite ends of the color spectrum and a poem I originally wrote."

This eventually grew to a large audience with clients such as the Hobart YMCA being clients, where Corral would spend her time working to help design features including logos, print work, and interior design.

"During this time, I never really had any experience doing what I did before," says Corral. "I pretty much learned as I went and learned how to keep clients, develop marketing strategies and community involvement. These were the key years for building experience for me."

However, this would eventually end once the recession hit, taking Corral's client base from 30 clients to 3 clients. This presented an initial setback but soon revealed a new avenue for opportunity.

"Once my client base dropped, I was presented with two choices. Either revamp and build my business in a different way or start a different route. I decided to go with the second option," said Corral.

Corral began applying for jobs and soon found a job as a high school secretary for 3 months. During this time, another suggestion came from her friend encouraging her to pursue another path, one which would lead her to her current position.

"My friend told me that I should go into teaching, that I had a passion for it and it would suit me well," says Corral. "I was hesitant at first since I didn't have a background in teaching but it was something that I always enjoyed. It was always ingrained in me to teach."

Corral applied to Calumet College of Saint Joseph where she met with 12 educators who evaluated her to see if she would be a good fit for a teaching position. She was approved, but still needed to go to school to earn her teaching certification. This began the long process of working full time during the week and studying on the weekend.

"I would spend Monday through Friday teaching while the weekends were spent going through Praxis and studying for 8 hours every weekend," says Corral.

Being a teacher of the arts at Flint Lake has also opened the door to many other opportunities including one of the more recent and notable ones, being an art and education ambassador for the Spring into the Arts Program.

"There is a lot of room for honing on creativity through the arts," says Corral. "So many times I hear people say that 'I can't do art, I can only draw stick figures.' For children it's wonderful because it doesn't matter what they are creating, they're still having fun."

Corral takes this daily activity and finds a way to make her students feel the accomplishment and enjoyment that she has always found in the arts.

"I'm helping these young minds develop a sense of creativity and a sense of self," says Corral. "There's not a day that goes by where they don't feel accomplishment, it's important to them and myself as well."