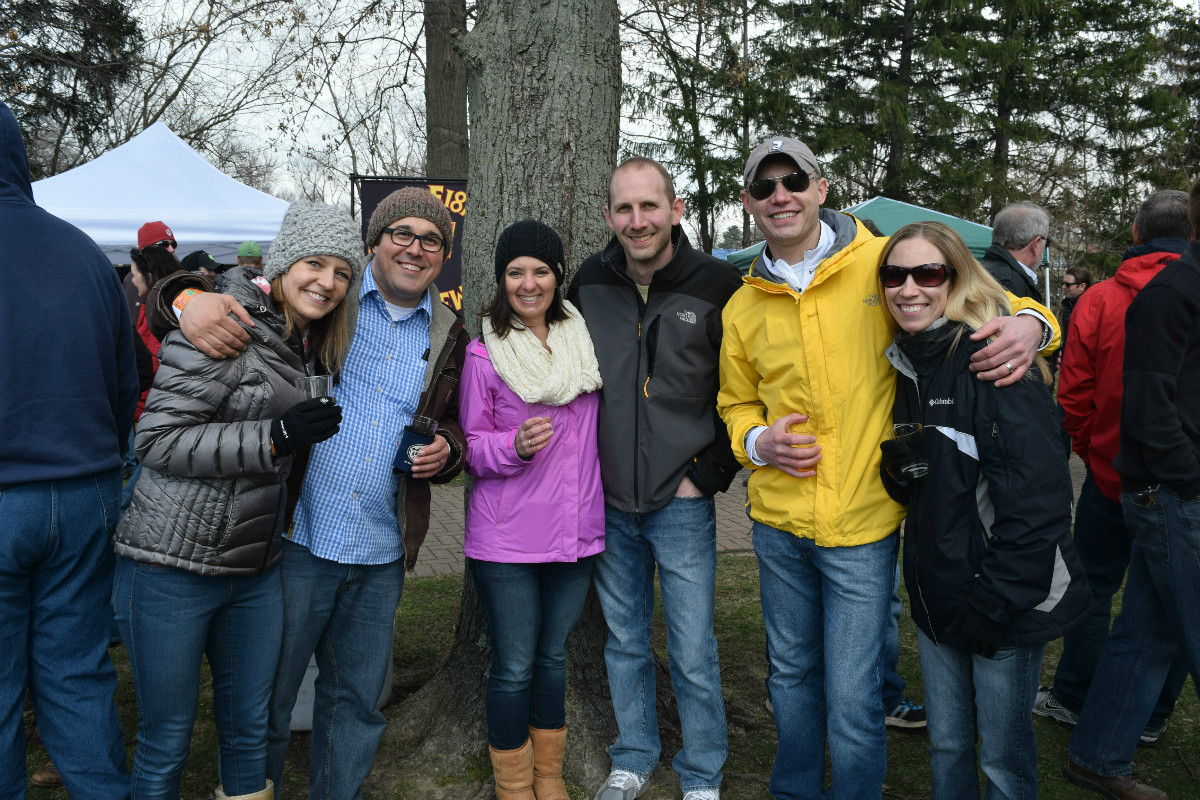 “When the wineries and breweries get together it is a fun time,” said Tim Anderson, owner of Shady Creek Winery in Michigan City. Sixteen breweries and wineries came together to share their crafts with attendees and each other. “This shows the community how well we all work together,” said Nicki Caylor, owner and co-founder of Running Vines Winery in Chesterton, “and it helps build the wine trail as well as the awesome brewery trail we have growing rapidly in Northwest Indiana.”

“On a scale of 1 to 10, I’m like a 14,” Greg Osborn, a Chesterton resident, said about how excited he was to have a brewfest in Chesterton, “We need more types of these events to bring people together.” Plastic tasting cups could be traded in at the end of the event for commemorative pint glasses.

Attendees enjoyed the afternoon in the park, traveling from booth to booth tasting different brews and wines available. “It’s excellent to have the opportunity to try the wide variety of offerings here in Northwest Indiana,” said Kelly Loving, a Chesterton resident.

State Farm Insurance sponsored the Designated Driver tent and passed out bottles of water and drink koozies to everyone who stopped by.

Rides home were provided by Epic Limo for those attendees who may not have had a designated driver. “We really wanted to do this to keep everybody safe and make sure everybody had a good time,” said Morgan Wichlinski, Sales and Marketing Director with Epic Limo.

“None of this would be possible without our partnerships with the Town of Chesterton, local businesses, and volunteers,” said Beth Luncsford, Marketing Director for the Duneland Chamber, “We are hoping to add more beer and wine vendors along with more food vendors for next year”

A portion of the profits from the event went to Chesterton’s Park Departments.