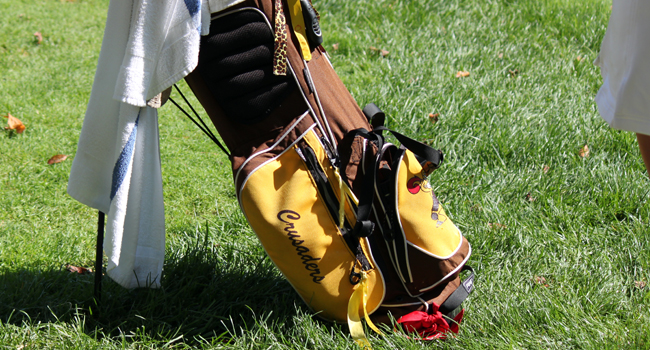 The Valparaiso University men’s and women’s tennis teams were both named All-Academic Teams by the Intercollegiate Tennis Association (ITA) as the organization released its 2016 academic awards this week. In addition, nine Crusader student-athletes – six men and three women – were named ITA Scholar-Athletes.

The ITA All-Academic Team award is open to any ITA program that has a cumulative team grade point average of 3.20 or above. In order to earn ITA Scholar-Athlete status a player must be a varsity letterwinner who maintained a 3.50 GPA for the current academic year.

“Our team is very proud of Jared, Peter and Nick in the way that they lead us both in the classroom and on the golf course,” said Crusader head coach David Gring. “We are grateful for this national recognition and these three guys embody the balance that we desire between playing at a high level in Division I golf and performing in the classroom. When you consider the grades that these student-athletes attain, along with their dedication to the team in practice and our tournament schedule, the All-America Scholar award is both admirable and laudable. These three men have figured out the way to compete at a high level on all fronts.”

The GCAA honored a total of 212 Division I players who were juniors or seniors academically, participated in at least 50 percent of his team’s competitive rounds during the season, had a stroke average of 76.0 or below during the 2015-16 season and maintained a cumulative GPA of at least 3.2. The Horizon League had eight men’s golfers honored, with Valpo’s three honorees ranking as the league high.

The trio of Crusader honorees ranked as the program’s top three golfers during the 2015-16 campaign. Webb set a new program single-season record with a scoring average of 73.61 on his way to earning First Team All-League honors, as he earned five top-10 finishes in his 11 events. Seitz picked up Second Team All-League accolades and recorded a 74.83 scoring average, earning one top-five finish, while Magoline registered a stroke average of 75.35 to close his career with a career average of 75.56, fourth-best in program history.

All three student-athletes stood out in the classroom as well. Seitz was an Academic All-League honoree as he enters his final year at Valpo with a perfect 4.0 GPA. Magoline closed out his time at Valparaiso with a 3.482 cumulative GPA, while Webb owns a 3.371 cumulative GPA.