A Valpo Life in the Spotlight: Michael Haney 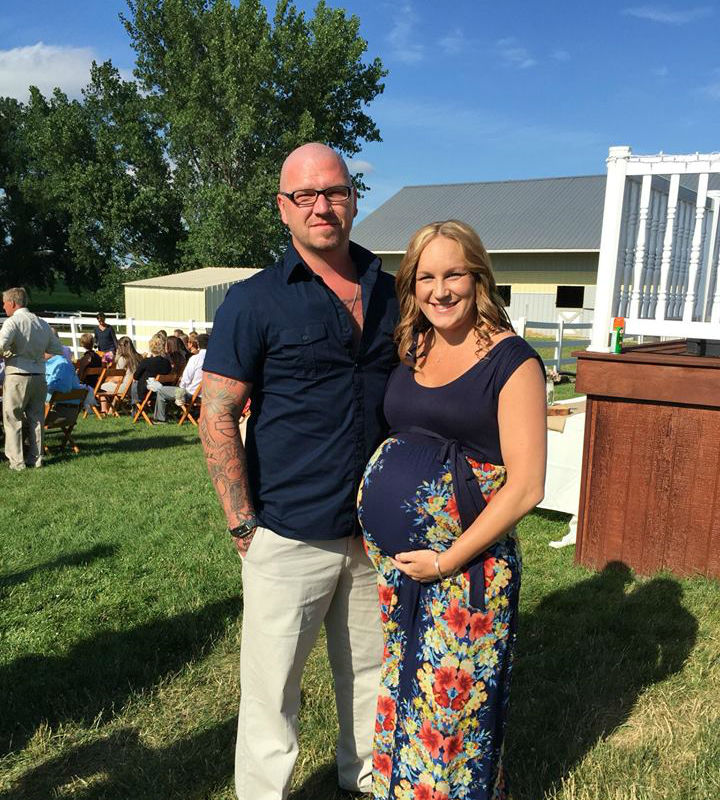 This week’s life in the spotlight is the brave and courageous Michael Haney of Valparaiso. Mike is the husband to Gretchen, and the soon to be father to Thomas Michael who will be making his grand appearance this August. Haney, his wife Gretchen, and their two adorable mastiff dogs have lived in Valparaiso for almost four years, but the Haney family has lived in NW Indiana for the majority of their lives.

After graduating from Lake Central High School, Haney decided to explore a few career options including the air force before deciding that following in his Grandfathers footsteps as a Firefighter was his calling.

While going to school full time at night, working, and taking classes to become an EMT Michael worked hard to achieve his goal, which ultimately led him to where he is now. For the past seven years Haney has been working at the Hobart Fire Department as an EMT and Firefighter.

He says what he loves about working at Hobart’s Fire Department is that, “Hands down we have the best crew, everyone has each other’s backs. I couldn’t ask for a better group of guys”.

Outside of his career as a fireman, Haney is a member of the local Honor Guard, which is very dear to his heart, “If someone is making the ultimate sacrifice, they deserve to be honored and I’m proud to be a part of the brotherhood who provides this for their services”.

Recently he was to be able to honor the person who he credits for making him the man he is today, his Grandfather.

Haney also is actively involved in raising money for charitable causes. Earlier this year Mike and his crew from the Honor Guard did a wonderful job of supporting the Hoosier Burn Camp as well as the Disabled Americans Veterans Chapter 102 here in Valparaiso. Another way that he is able to help support local causes while enjoying a favorite hobby of his is through the Career Firefighter Motorcycle Club. The club, which is called Slayer raises money for veterans and most recently participated in the Warrior Roundup here in Valparaiso.

In his downtime, Haney and his wife enjoying taking out his ’97 Harley Road King around the area as well as up to Michigan. They frequent Southern Michigan where they like to check out the local scenery and restaurants.

Haney says that what he loves about Valparaiso is that, “The city is awesome and the mayor is doing a wonderful job with the beautification especially the downtown area. It is family oriented, and it just feels like home.”