Night Of The Living Dead Arrives at Chicago Street Theatre 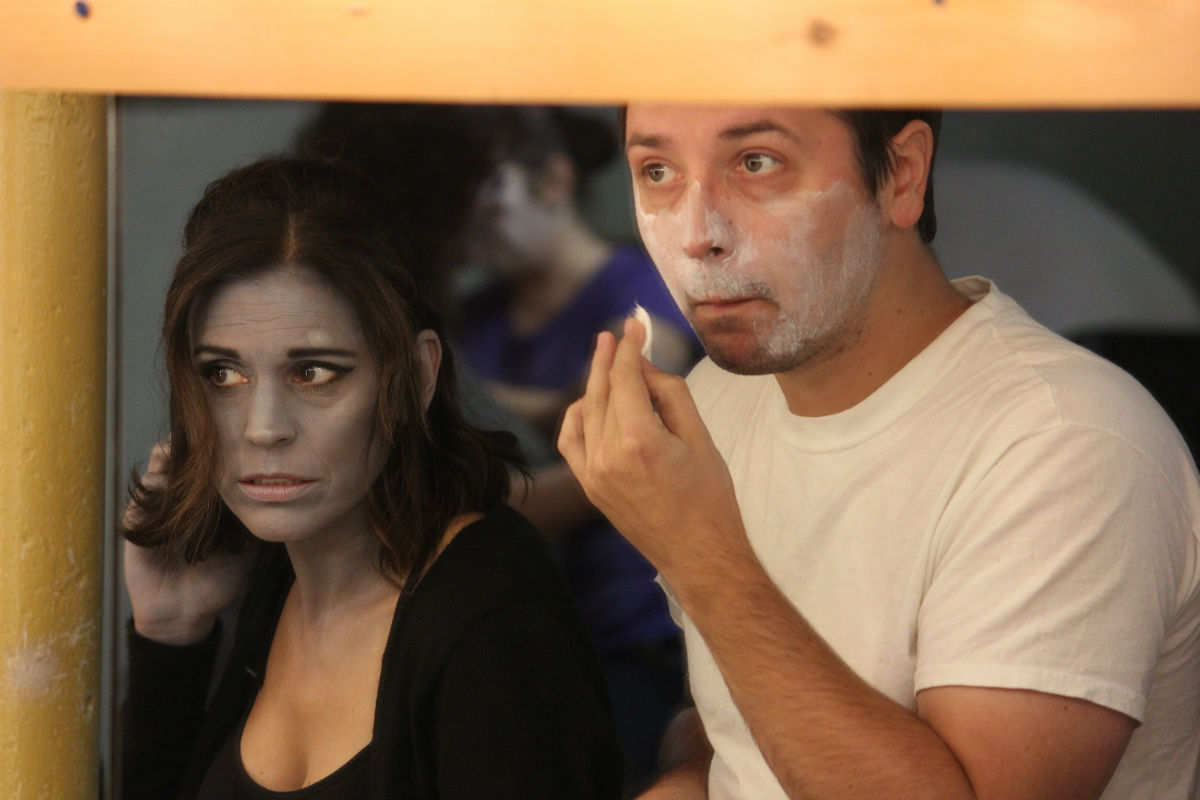 The Halloween season is a time for frightful sights including vampires, ghouls and other monsters. The Chicago Street Theater is featuring one of the most infamous creatures out there, the zombie, for their fall production of “Night Of The Living Dead”.

The play is an adaptation of George Romero and John Russo’s classic horror film. The play will make good on its PG-13 rating by bringing out the gruesome side of fall.

“I’m extremely excited for this play, the zombie grindhouse genre is one of my favorites for sure”, said Michael Glorioso, Director of “Night Of The Living Dead”. “As a longtime fan, I wanted this play to nod to the original and remakes of the film, but to also put in some new scares for the audience."

The cast were transformed from their normal selves into a mob of moaning zombies by extensive makeup art. The cast also went through a zombie bootcamp for human versus zombie choreographed combat.

One of the most outstanding features of this play is that in order to capture the classic horror film style, the whole cast and set was colored entirely monochrome, or black and white. The play combines shot for shot video excerpts of the original film as well as creepy radio broadcasts and convincing newscasts of the horror that is unfolding around them.

“This stage isn’t like any other play I’ve seen”, said Emma Smith, Stage Manager for the play. “It was a really fun, but tedious experience to help make it, since not one thing on set could be left with color”.

“I really want audience to get that black and white movie feeling that will make this play different from what they are expecting,” she continued.

While a hefty portion of the cast will be roaming the set in a terrifying zombie fashion, the play also has an energetic “human” cast.

Brandon King acts as Tom, one of the humans held up in the zombie besieged house, and was excited for what the play held in store for the audience.

“I’m really looking forward to the audience’s reaction. I think they’ll get a good scare, but also see some very good acting. I’ve worked with Michael before and jumped on the chance to be in a black and white movie on stage. I knew he’d do a great job and he has”.