A Valpo Life in the Spotlight: Brittany Fozkos 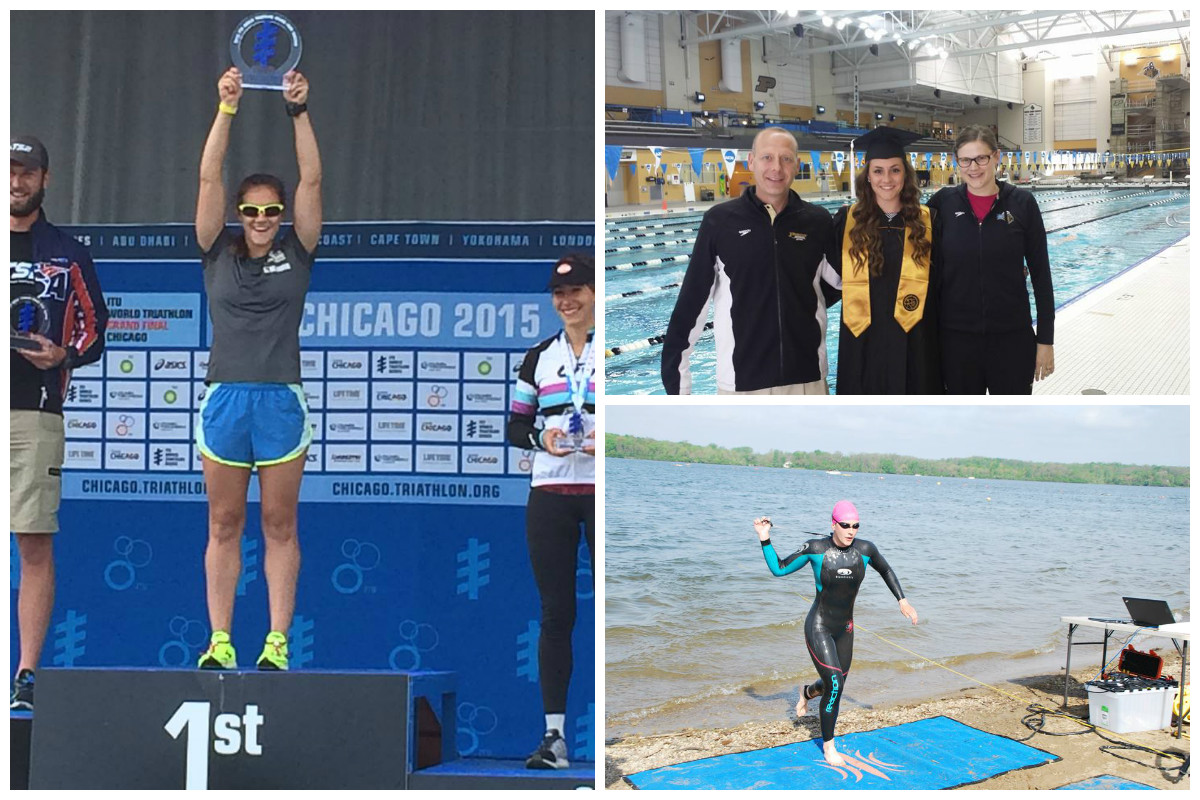 Brittany Fozkos knows what it is like to be athletic. As a former college swimmer and now triathlete, she is at top of the pack of the growing number of people turning to sports and exercise.

Fozkos, 26, grew up in a very athletic family. She started swimming while living in Highland, watching her older brother begin the Fozkos Four. The family moved to Chesterton, where they enrolled in swimming coached by Jim Voss and Kevin Kinel. Robert, the eldest, then Ashley, a diver, then Brittany, and then finally Tyler, all swam for Chesterton.

“I fell in love with it, that’s the only thing I can say,” she said. “Swimming with the family is awesome.”

Fozkos then swam for Purdue University, competing in the 100 and 200 backstroke for the Big Ten team.

“I knew I wanted to swim in college, I just didn’t know what school I would go to,” she said. “I thought probably a Division three or Division two, something smaller. I never thought I would be at a Big Ten.”

Though it was four more years of morning and afternoon practices, rigorous studies, and new coaching technique, Fozkos enjoyed her time with the team.

After graduating with a Communications degree, she applied for an internship through the school, a program which allowed seniors and graduates the chance to gain more experience in their field.

She figured she would stay on campus, work as an intern, continue to swim with the Purdue team, and begin riding, running, and competing in triathlons for fun.

Instead, her active, exercise-focused mind had other plans.

Fozkos returned to the region, moved to Valpo and began competing in triathlons as a professional athlete, while being hired as a coach for the Valpo Masters Swim Club and running store employee at the Extra Mile Fitness Store.

While growing up, Fozkos did some running, usually entering in the local races in town and running cross country for a few years before stopping to focus more on swimming. The idea of a triathlon seemed like the next step, and was nothing to new to her.

Through the torrential downpour and horrible weather, Fozkos enjoyed every moment, she said.

“I love to do my best, and if I win then, it is something I want to keep doing,” she said.

That mentality is shown in her daily life, whether it is during a training session or helping someone else reach their best.

Fozkos brings her passion to exercise and health while coaching the Valpo Masters, held everyday at the Valparaiso YMCA. She began coaching the club in 2014, writing up practices with workouts she once did herself.

“I like taking from other coaches’ workouts what I have really enjoyed and putting them into the practices,” she said. “Swimmers really like being challenged and when they are done, they are really tired, but they are grateful for the workout.”

And, while at the EXMI store on 1330 E. Lincolnway, she enjoys helping people get started or keep going in their exercise goals.

In between work, is when Fozkos trains herself. Mostly alone, completing the hard, intense or slow, recovery workouts given to her by her three coaches, Fozkos trains for her next event.

In the past two years, she has competed in the USA Triathlon National Championships in both the sprint and olympic distance and in 2016 traveled to Cozumel for the Sprint Triathlon World Championship.

A week of training looks intense - four bike rides, three runs, two lifting session and four swims, a bit on the lighter side – but for Fozkos: a self-motivated, competitive, always striving to be her best athlete, there is nothing to it.

She has had the help of being a Team Betty athlete, a women’s triathlon apparel company, along with sponsors from many local businesses to get her to where she is today, however, it is the dedication to herself and her goals that keeps her moving each foot, or arm, forward.

“If I don’t do it, then I know I’m not going to get out of it what I want. I am not going to see the gains I want,” she explained.

While working at the running store, and on her daily runs through Valpo, she has noticed how active the community is becoming.

“I think Valpo is very active, maybe not specifically in triathlons yet, but that is growing,” she said. “A lot of people like to run here.”

And, though her training and her work keeps her on land most of the time, Fozkos will forever be a swimmer at heart.

“I still think of it as my sport,” she said. “The water is the place I feel most comfortable.”

Fozkos has started her 2017 year with a goal race this spring at the Muncie Triathlon and has made the big of going back to school to get her Masters. Stay tuned to this girl’s life and training through her new blog.