Valparaiso One of the Safest Cities in Indiana 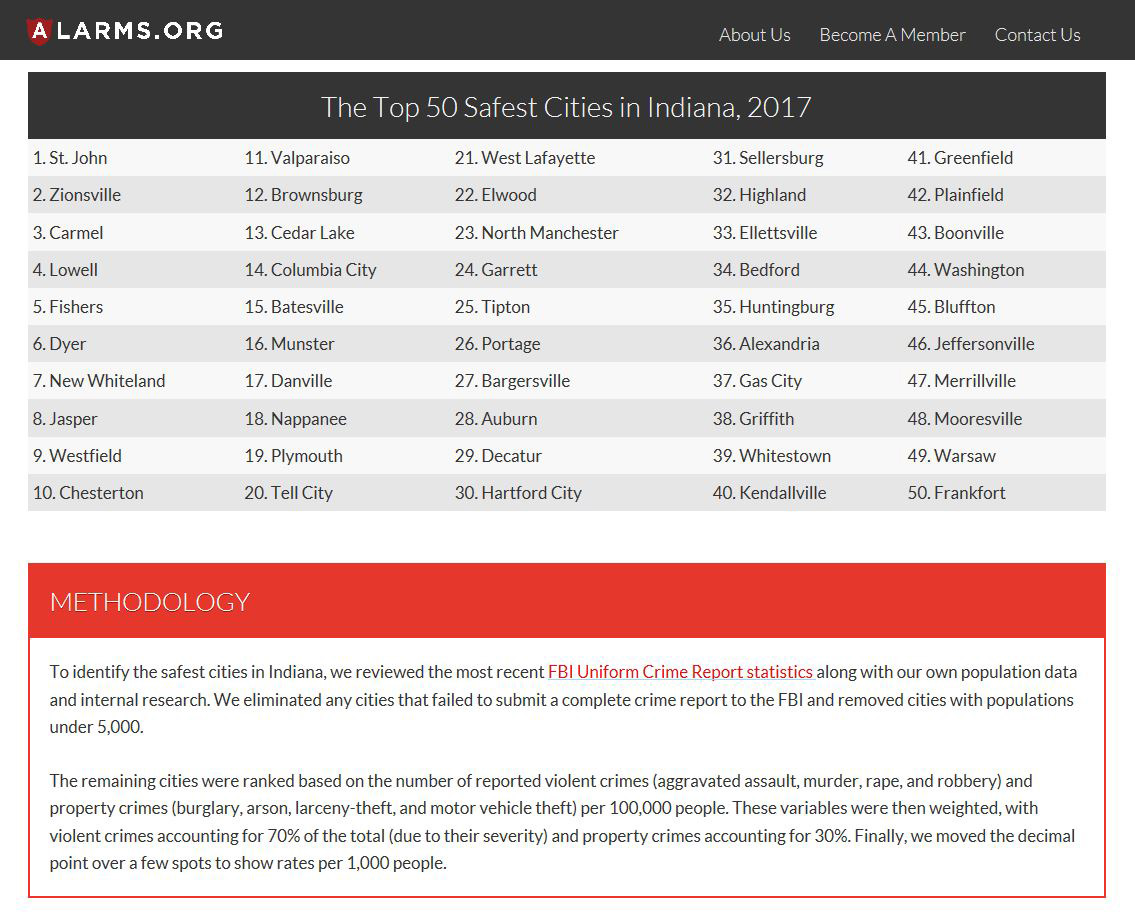 The City of Valparaiso has been named one of the safest cities in Indiana by the National Council for Home Safety and Security, which is made up of companies and individuals in the home safety and security industry. Valparaiso was listed as the 11th safest city in Indiana. The organization ranks the top 50 safest cities in the state.

The organization based their rankings on the most recent FBI Uniform Crime Report statistics combined with population data and internal research. Any city that failed to submit a complete crime report to the FBI, and cities with populations under 5000, were eliminated.

Cities were ranked based on the number of reported violent crimes (i.e. murder, robbery, rape and aggravated assaults) and property crimes, (i.e. burglary, arson, thefts and motor vehicle theft). A formula was used to rank the cities based on crimes per 1000 individuals. Attached is the list of the top 50 safest cities in Indiana according to the National Council for Home Safety and Security organization.