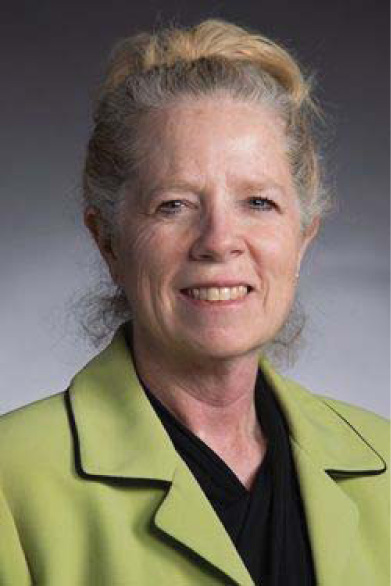 Rin Curtis Seibert of Valparaiso is the recipient of the 2017 Interscholastic Athletic Official Award for excellence in the sport of gymnastics. Rin will be honored in a special ceremony at Saturday’s state finals tournament.

Each year,the Indiana High School Athletic Association, in cooperation with the National Federation of Interscholastic Officials Association, recognizes and honors an outstanding official in each of 11 sports during the school year. Each year, multiple individuals are nominated for the Outstanding Official of the Year award.

While many deserving nominees are submitted, only one is selected by his or her officiating peers in each sport. Rin competed as a gymnast at Valparaiso University and began judging at that time as well. In her 36 years of licensure, she has worked 19 sectionals, 17 Regionals, and 12 State Finals, including today’s State Championship meet.

Rin was selected for this honor by a committee representing the officials’ associations. In Indiana there are 26 associations made up of men and women who give up much of their personal time to assist in providing wholesome, worthwhile, and healthy activities for the student athletes in our state. Statewide, there are morethan 8,000 officials licensed by the IHSAA in 11 sports.