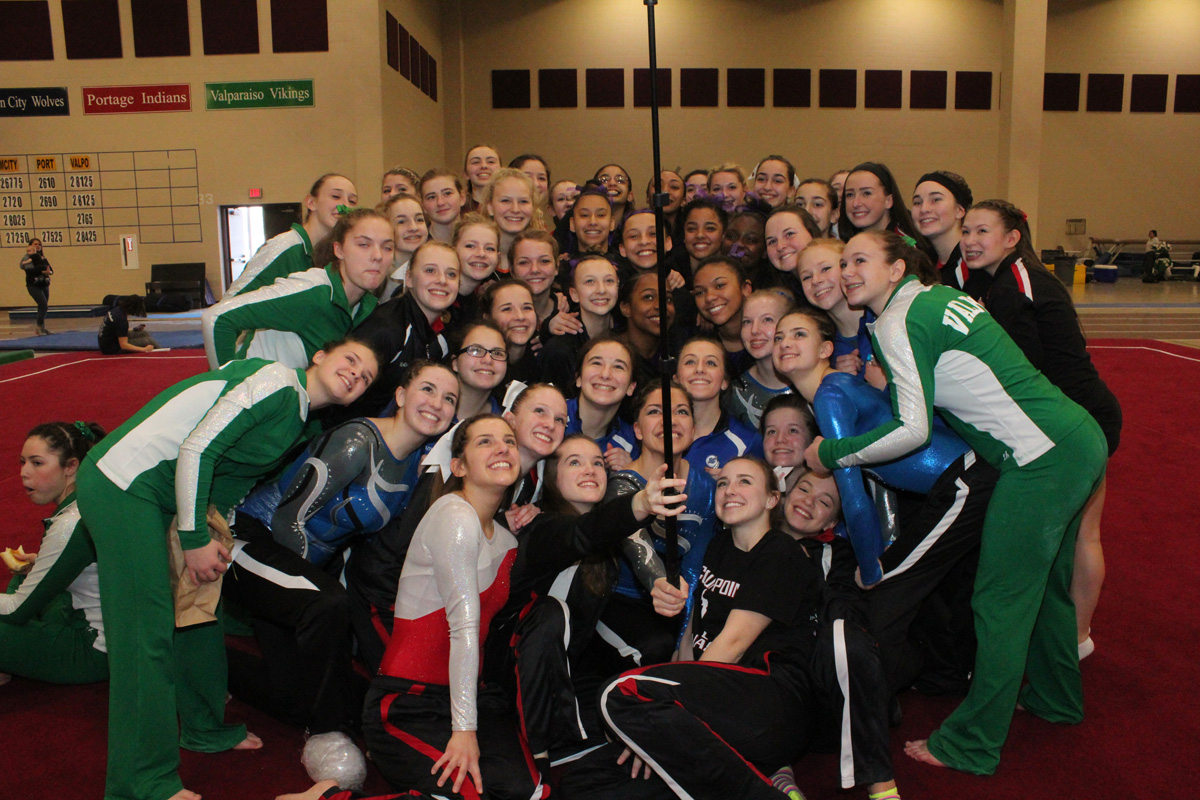 The Duneland Athletic Conference was home to two of the state's Top 3 teams heading into state, and it is no wonder that seven of the 11 gymnastics named to the All-Conference team were from Valparaiso and Chesterton. Though those two schools boasted the most number of gymnasts on the team, Merrillville's Heather Orsorio was named the conference's Most Valuable Gymnast.