Easter Came Early to Valparaiso Thanks to Porter EMS and InHealth 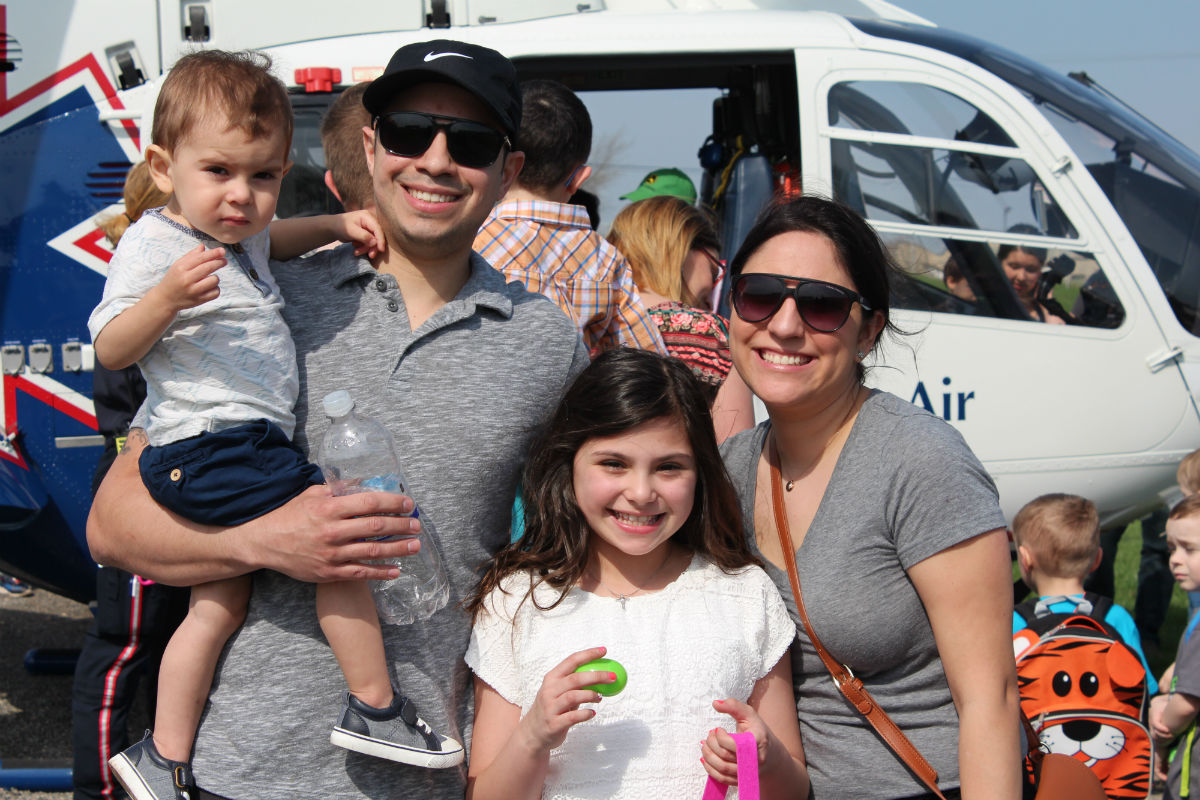 Volunteers began early Saturday morning setting up for the annual Breakfast With the Easter Bunny event. There were people cooking the breakfast food, setting up chairs, and scattering the Easter Eggs throughout the Expo Center’s grassy fields.

Among the volunteers was Ann Brandl, Director of Porter EMS, who explained how the the event between Porter EMS, InHealth, and the Easter Bunny came to life.

“Ron Donahue, who recently opened InHealth, had sponsored some Easter events in the past. He approached us this year and asked if we wanted to partner with him for this event. We really got on board when we heard that everything would be donated to the Salvation Army too,” she said.

Breakfast began at 9am, and immediately the hungry line for food was stretched throughout the Expo Center’s main hall. Breakfast items included pancakes, sausages, cinnamon rolls, eggs, and breakfast burritos. Local businesses from around the area helped by donating food items. For example, Starbucks donated the coffee and the Albanese Confectionery Group donated the candy.

The Egg Hunt would not begin for another hour or so, but in the meantime there was plenty of entertainment in the main hall for families. There was a bounce house open for children, face paintings, a petting zoo, and a band performing traditional German music.

“Every year we make it out to the Expo Center for an Egg Hunt. Its tradition for my family,” said Holly Welsh, who was with her son Parker and daughter Alice.

When Parker was asked how many eggs he was going to grab today, he confidently replied, “All of them!”

As the clock pushed closer to 10am, the line for photos with the Easter Bunny began to die down. The Bunny got up from the stage and the volunteers told the crowd he was going for a ride and would be back soon in a very cool way.

They were right. When the time would come, his entrance was in a fantastic style courtesy of Porter EMS, InHealth, and Lutheran Air.

The children waited for the Easter Bunny’s return outside the Expo Center where they faced a field of hundreds of eggs ready to be snatched.

“We all helped out with stuffing the eggs. The local fire departments did a bunch, along with Porter EMS and InHealth. I made the announcement at the Porter County Fire Association and that got a lot of people on board to help stuff hundreds of eggs for the kids. The Easter Bunny can’t do it all by himself,” laughed Ann Brandl.

To help scatter the eggs a local fraternity, Phi Sigma Kappa from Valparaiso University, stepped up to lend a hand.

“We’re alway looking for ways to volunteer in the community. We really enjoy events like this because it really makes the kids happy,” said member, James Bartholomew.

At 10am, the crowd looked to the sky to see a helicopter circling the field above the Expo Center. A great burst of wind blew through and the helicopter landed. An ambulance greeted the helicopter and drove to back to the front of the crowd. The back doors of the ambulance opened and outwalked the Easter Bunny! The crowd applauded and he waved back at them.

The kids were now even more excited and eager to begin the hunt. So much so, that the older children began before anyone could say “Go!” A frenzy of children spread out along the fields to snatch the eggs off the ground. Inside some of the eggs was a golden ticket, that allowed the child to pick a prize item off of the table back in the Expo Center.

“It's a community event and it was very easy to get people from my department who were from around here as well. Everyone the helped out was excited about it. It’s just a great event for the kids and the community. We’re happy to do it year after year.” said Brandl.