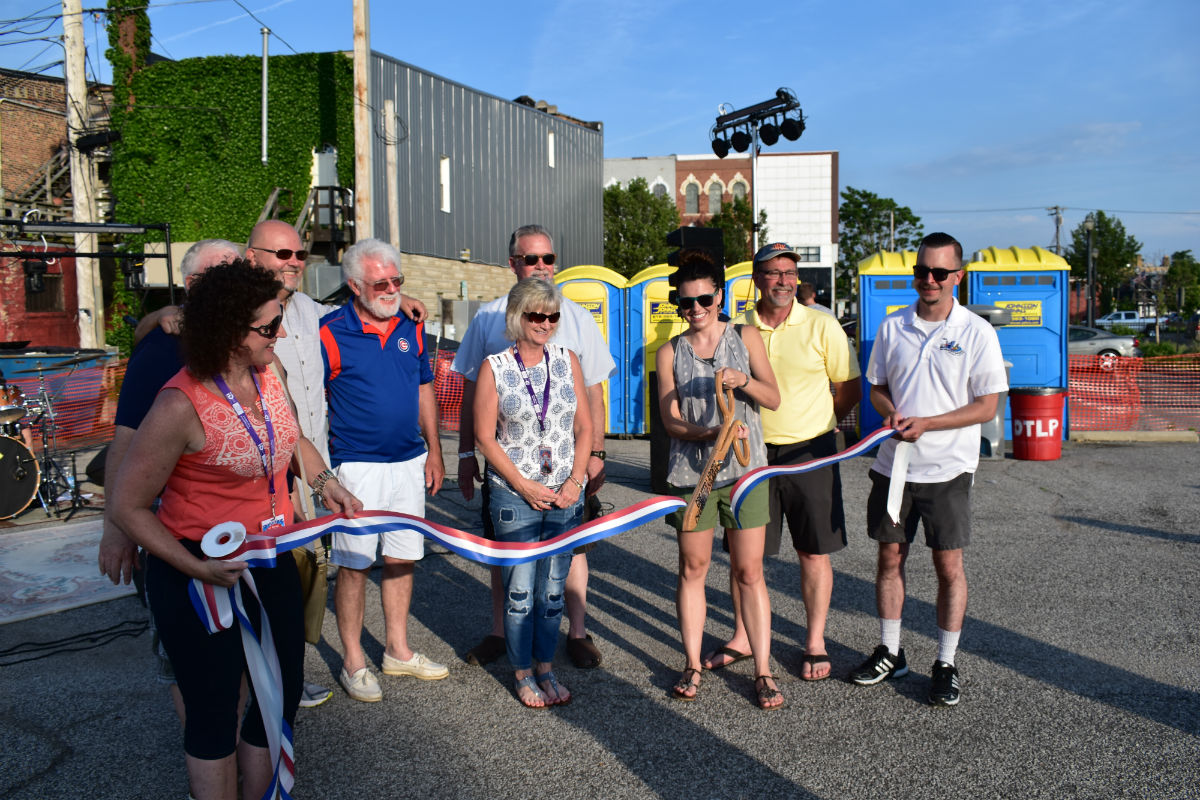 On June 9th, the City of La Porte had an eventful night kicking off their annual Maple City Grand Prix with an impressive boat parade and block party.

The grand prix is a Formula One high octane boat race that has become a yearly anticipated event for the past five years. It all started when the city was looking for a way to bring more tourism and money into La Porte. In order to do that, the city played to their strengths and emphasized the lakes and their beautiful down town area.

Brett Binversie, the Race Director for the Grand Prix, City Event Coordinator, and Civic Director said, “The best thing about Maple City Grand Prix is that down town La Porte is going to feel a huge financial boost.”

He mentioned how almost every hotel in the city was full with tourists coming to watch the boats race.

“One thing we are excited about is that were drawing more tourism to our city, and we think that is going to be a big economic building block,” Binversie explained.

After a fun parade, the Mayor of La Porte, Blair Milo, gave a short speech as she cut the ribbon to officially open the Grand Prix. She exclaimed, “I’m really excited to have the Maple City Grand Prix here again and welcome the teams.”

Teams from all over the country come to the three-day event, and even some international team make the trek to compete. Tomorrow, the racers will start their engines, but not before the City of La Porte could host their annual parade and back party. The night was filled with laughter, live music, and smiles shared amongst friends and family.

Thaddeus Cutler, Co-Organizers of the Grand Prix and the Downtown Director, organized the block party everyone enjoyed. He explained, “La Porte is crazy about parades!”

Cutler explained that La Porte is the only location on the circuit to have a parade and a block party for the racers, something that the racers look forward to every year.

“They feel like rock stars!” Cutler explained. “They feel really respected and welcomed.”

Chad Querry, a professional painter in the local area and a native to La Porte, attended the Grand Prix for the third year Friday afternoon. Querry was hired by the city to refresh and repaint many of the building drivers and racers see when cruising down the downtown strip on Kennedy Avenue,

“I’m really happy that I get to do what I can to improve our town,” he said. “It’s a fun time. It gets people out to gather, and have a really good time!”

For more information about the Maple City Grand Prix, go to www.maplecitygrandprix.com.