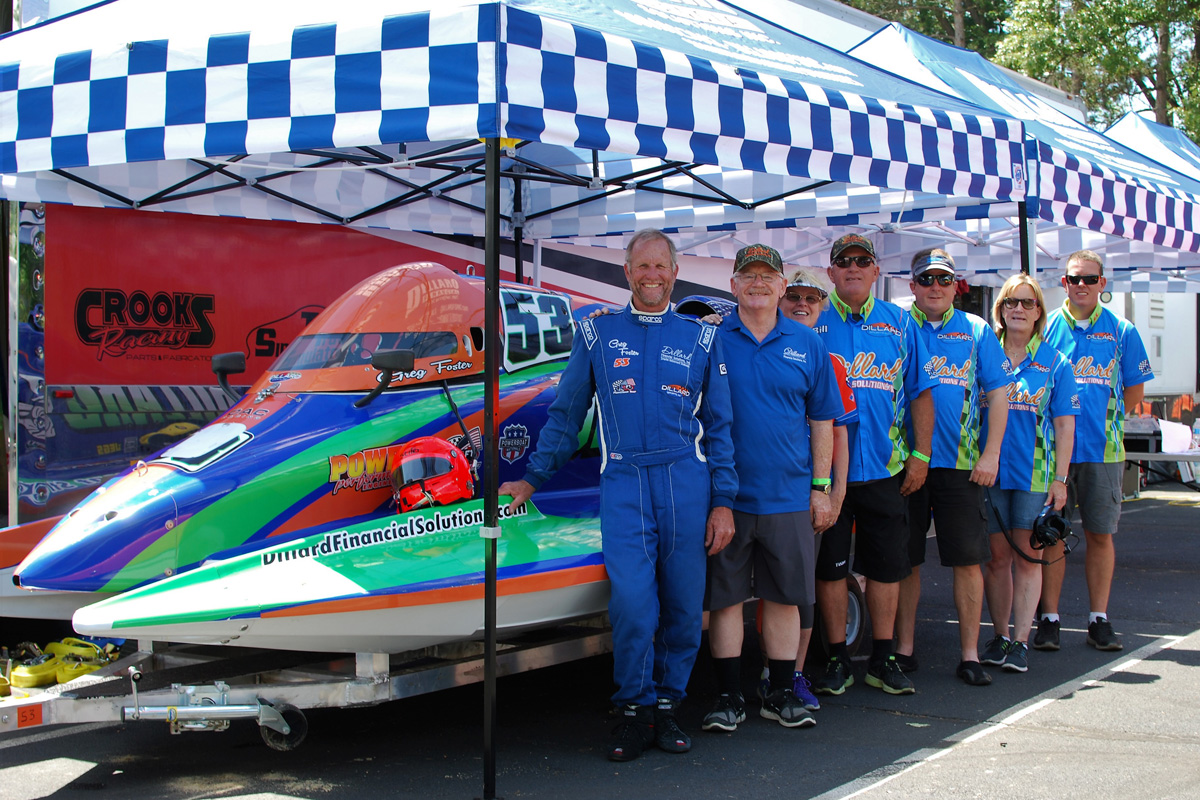 What is 16 feet long, weighs 1,100 pounds and can accelerate from 0-60 mph in under four seconds? If you answered “Formula 1 Racing Boat,” you are correct, and you just might have been at the fifth annual Maple City Grand Prix in La Porte.

“Today is about racers getting out, doing some testing, some time trials and setting up heats for tomorrow’s races. We have USF1 powerboats, USF2 lights and junior division. We have about 35 crews here today. These boats can get up to over 100 mph and can perform 90 degree turns. They go pretty quick,” said Brett Binversie, Race Director and Director for the La Porte Civic Auditorium, who went on to note the incredible economic impact that the race has for the city.

Click here to see more of the weekend of racing and fun!

“We’ve always had a great turnout for the event. Our local hotels are filled to capacity. Local restaurants see a tremendous boost. We had a great response to the in-town events last night for the opening night, with the boat parade, block party, live music, beer garden and more. The racers often tell us that this is their favorite stop on the tour.”

Beyond the positive economic impact, Binversie believes that the event also works as a defining element for the community.

“It helps not only make local residents feel more pride in their city, but it also puts us on the map throughout the year. This is a family-oriented event, and this one weekend has a lasting impact which will be felt for the next eleven months,” said Binversie.

Among the many crews participating in this year’s race was Team Dillard, sponsored by Steve Dillard, of Dillard Financial Solutions, a Sumter, South Carolina-based company which specializes in financial planning for federal employees.

“We have two boats in this year’s race,” said Dillard. “We have boat number 80, driven by my son Brent, and boat number 53, driven by Greg Foster of California. We are very excited about racing here this year and we’re hoping to get both boats on the podium here this weekend.”

Dillard expressed his appreciation for the city of La Porte as well as the hospitality he and his team receive whenever they come to town.

“The people here are really nice, and the layout of the town - where the stores are - makes it real easy to get around and get whatever we need. The parade last night and entertainment here is amazing. We’re happy to be here again and hope to come back next year,” said Dillard.

Greg Foster, driver for Team Dillard was excited to compete.

"These boats - when we’re out there on the water running over 100mph, we’re riding on the prop alone. We’re basically in the air. And when we turn, we can easily pull 3-4g. It’s really something,” said Foster.

Local racer Chris Swanson, territory manager for Mechanical Power, drives for Team SMS, sponsored in part by Downing Plumbing and Antigravity Batteries, says this is his third year at the Maple City race.

“On a good day, we can get up to mid-70 mph range, but with the wind today, we’ll probably see a bit less than that. This is the only lake we run on - all the other races in the series are held on rivers. This allows a different type of race. We’ll be doing some sharp turns, rather than just running straight down a river and back. It’s a different feel,” said Swanson.

We caught up with Michigan City resident Brittney Davis and her boyfriend Josh as they grabbed a funnel cake while waiting for the boats to hit the water.

As the crowds relaxed on the sandy beach at Soldiers Memorial Park, Binversie expressed his gratitude to all the volunteers who helped make this year’s event possible.

“This is a very labor-intensive event. We could not pull this together without all the hard work and participation of our local police department, fire department and especially our Parks department.”

The Maple City Grand Prix runs through Sunday, with final races to be held tomorrow afternoon, and an awards ceremony immediately after.