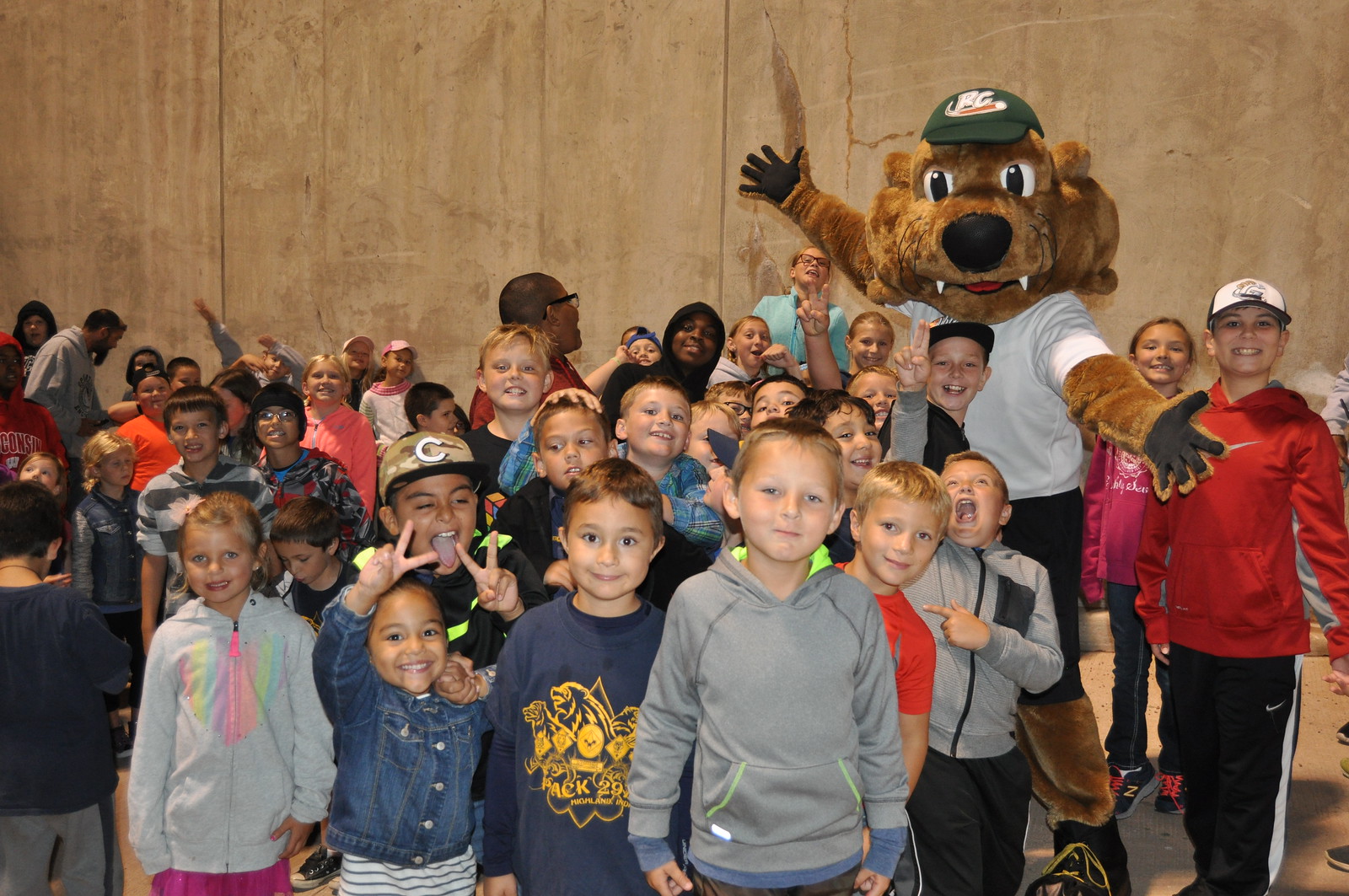 The RailCats welcomed members of the Boy Scouts of America to spend the night at the Steel Yard to emphasize the value of fun, family, and friends at their Scout Night Campout and Touch a Truck night.

The RailCats bring families together at every game held at their stadium, but the campout provided an opportunity for Boy Scouts to not only connect with baseball as a whole, but with the RailCats’ passion for building family relationships. A tradition of 15 years, the campout is a staple event within several Northwest Indiana Boy Scout troops. RailCats Director of Marketing and Promotions David Kerr has coordinated the event for four years, and he has seen its value grow throughout his experiences with the scouts.

“Everything here is about being family-friendly and fun, so, for scouts to come out, bring their families, and watch a classic movie in the outfield, that’s what it’s all about. It’s about creating another fun thing to do in Northwest Indiana,” said Kerr.

Before the game, the scouts saw machinery such as a crane, a John Deere tractor, and the official RailCats car as they walked into the stadium. These vehicles were a part of the RailCats’ Touch a Truck event, which allowed attendees to get up close and personal with equipment with which they would not normally be able to interact.

Once the game started, most of the scouts were focused on one key part of attending a baseball game: catching foul balls. With mitts held almost as high as their spirits, the scouts waited for the balls to fall into the crowd. Beemer Right, who has been a Boy Scout for three years, was particularly pumped-up about his chances of catching a ball. Although he was most excited to “play flashlight tag after the game with [his] friends” at the campout, his favorite thing about attending RailCats games is catching foul balls.

His mother, Angie Right, was very happy to see her son participating in the campout.

“This is our third Scout Night. I think it’s awesome that the RailCats do this for the kids. This is definitely my favorite overnight that they do, and we do quite a few. I definitely look forward to attending this one. The kids will play a lot of flashlight tag tonight, and it’s such a good bonding experience. It all comes back to the kids,” said Right.

The RailCats, who beat the Winnipeg Goldeyes in the game that night, showed support for families outside of the Boy Scout troops as well. Be it through their playground, arcade, or any other aspect of their family-friendly atmosphere, the team has provided a home for family entertainment for years. Attendee Dan Spleth, who came to the game with his entire family, especially appreciated the Steel Yard’s family environment.

“[Our family] usually attends three or four games per season. The kids really enjoy it. It’s a good family atmosphere, and the games are always fun to watch. I also don’t like going to Chicago,” said Spleth through laughter. “It’s always good to support a local team in Northwest Indiana. The kids are all part of State Park Little League, so they love coming here to watch pro-ball.”

By offering an incredibly positive setting in which families can spend time, the RailCats instilled a thorough love for the tradition of baseball within NWI Boy Scout troops and other RailCats fans.