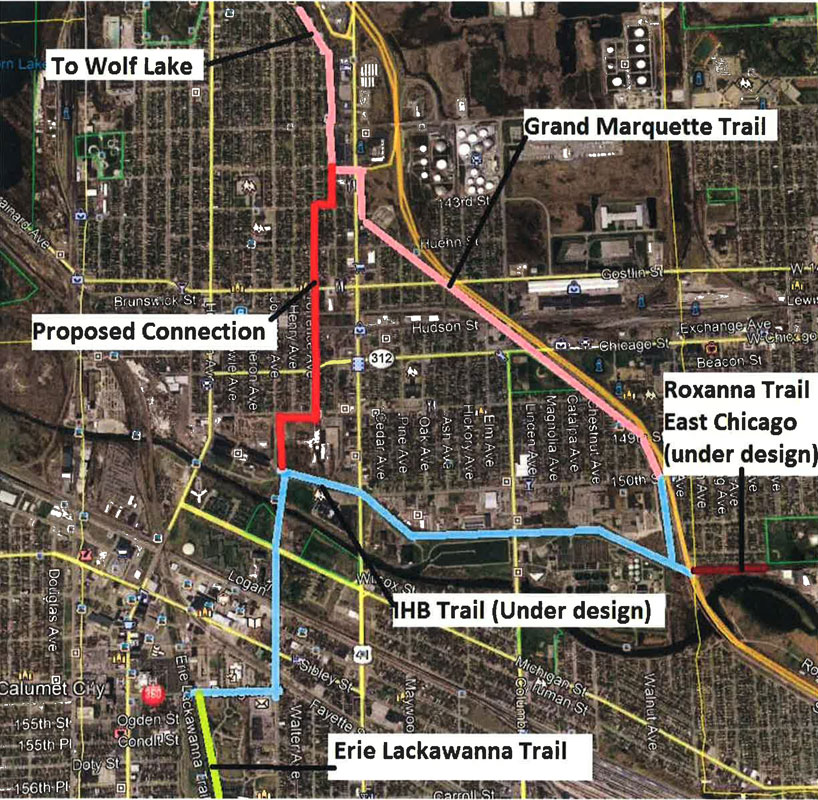 The City of Hammond in a collaborative effort with the Hammond Sanitary District and Redevelopment Commission has plans to construct a bike trail connection from Downtown Hammond to the Grand Marquette Trail. This connection will ultimately connect the trails from South Hammond through to Wolf Lake and a loop around the Irving Park Neighborhood allowing safe access to bikers, runners and walkers to travel the City. The financial cost of this project is approximately $1.5 million.

In a consent decree between the U.S. Environmental Protection Agency and the Hammond Sanitary District (District), the District agreed to perform a State Supplemental Environmental Project. In compliance with the consent decree, the District has proposed a plan to construct a bike trail with bio-swale drainage in the City of Hammond for the purpose of reducing storm water run-off at a cost of $500,000. This proposal offers several benefits to the City of Hammond. The bike trail with its bio-swale drainage is designed with landscape elements designed to concentrate or remove pollutants from surface runoff water. Bio-swale are considered “green infrastructure” an environmentally friendly alternative to storm sewers. The district will present a resolution at their next District board meeting on Tuesday, September 12th.

The City of Hammond is seeking funding from the Common Council from their 2018 gaming revenues in the amount of $500,000 in support of the project.