A Valpo Life in the Spotlight: Pablo Bukata 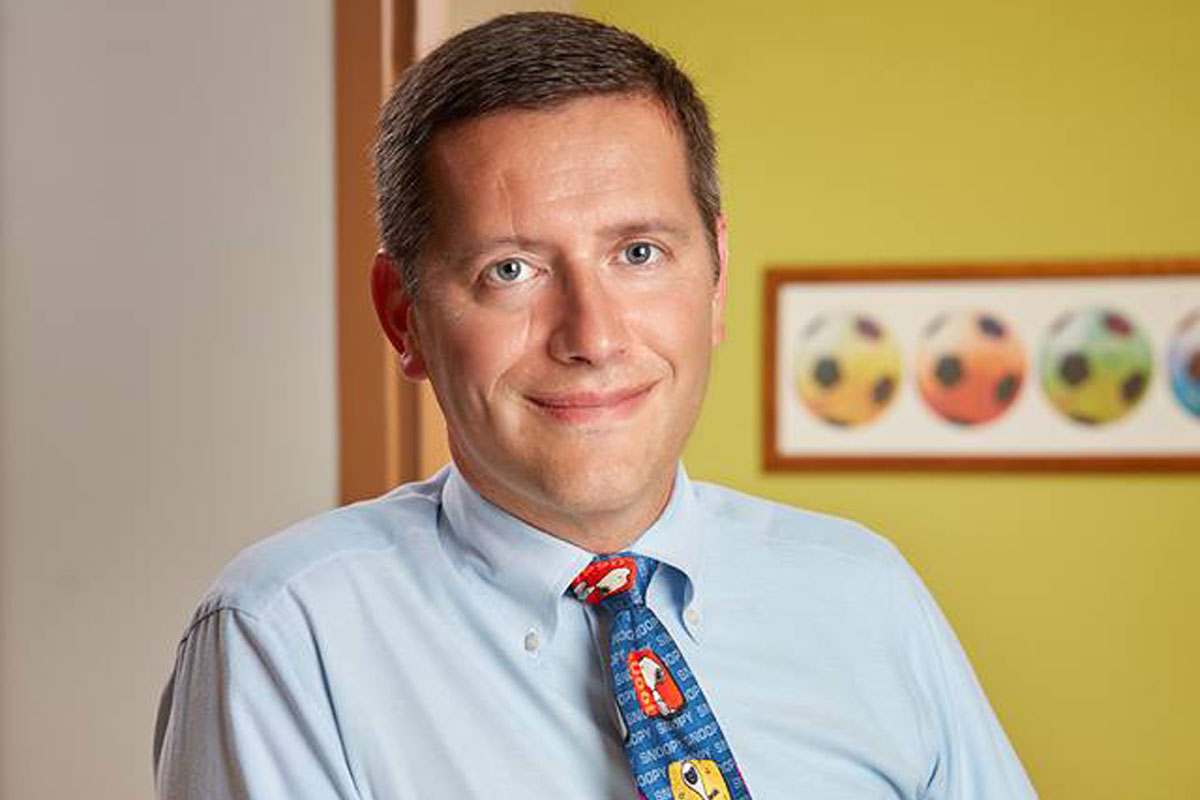 Dr. Pablo Bukata is a man of many facets and interests: A triathlete, a husband and father, a pediatrician, a science fiction fan, and perhaps most notably to himself, a soccer coach.

A huge fan of the sport, Bukata was born in Buenos Aires, Argentina. When he was 2-years-old, he and his family followed his father’s childhood dream of moving to America and ended up in Berwyn, Illinois, where he lived until he was six. From Berwyn, his family relocated to Munster, Indiana, where he ended up going to high school. After high school, Bukata attended Wabash College in Crawfordsville, Indiana, where he majored in chemistry, with minors in biology, mathematics and philosophy.

After college, he followed in his father’s and grandfather’s footsteps and went into medicine, studying at Indiana University and becoming a pediatrician, helping kids stay healthy. His love of children meshed well with his own childhood love of soccer, and he became a coach when his oldest child, Michael, became old enough to play.

“I love soccer. I play soccer, watch soccer, coach soccer. I’ve been playing soccer since I was seven, and I obviously enjoy being around kids, and so I always thought about coaching. As soon as my first kid was four years old, I tried him out coaching, and I’ve been coaching ever since.”

“’The beautiful game’ is not my expression, but one I learned long ago. Different cultures around the world refer to soccer as ‘the beautiful game.’ Soccer is simple – anyone can play, not much equipment is needed, the rules are very simple. By simple I don't mean easy, by simple I mean universal. When played well, the movement of the ball and the people playing is. Beautiful, elegant, magical. Look at how people react when a goal is scored – it’s a celebration, an outpouring of emotion, that is the beautiful game.”

There was a brief hiatus in Bukata’s coaching resume when Michael decided that he wasn’t a particularly big fan of soccer, but the moment his second child, Timothy was old enough, he started coaching again for the Valparaiso Parks Department and never stopped, even coaching his daughter Kristin when she came of age.

“I coached my first son for about a year in 2003, and he didn’t like soccer and he didn’t like baseball, so I waited a while until my second son was old enough, which would have been 2005. I’ve been coaching continuously since 2005.”

His children are a major driving force in his life, and coaching them in a game he loves is one way he can connect with them.

“What can I say about coaching my own kids. I love my children. I want to teach them what is right and how to play well. Not just technically, but to embrace the spirit of sportsmanship and competition. I want to let my kids have a good experience with sports and I feel that I can help show them that.”

Bukata, who also coaches two middle school teams, hopes to transfer his love of the sport to his players.

“I love the sport, I like to promote the sport, it’s a good sport. I like kids, I like teaching kids, I just love all of it.”

Bukata’s love of children became apparent while he was studying medicine at IU.

“My dad was a doctor, and his dad was a doctor, so being a doctor was always on the radar. And then in medical school, I did a rotation where I was doing adults and kids, and I decided I was always more excited to see the kids than I was the adults, so I started in pediatrics. Medicine is fun, medicine is challenging because you get to help out a lot of people. And the nice thing about pediatrics that you don’t get to see in a lot of other specialties is you get to see them grow. So there are kids that I’ve seen where I remember when they were babies, now they’re in high school. It’s just nice to see that transition.”

“Yesterday, I saw a patient and was doing his physical for school, and he plays for a school that goes against the school that I coach. So when I was done, I joked ‘Well, as your doctor I wish you a good year, but as the opposing soccer coach I hope you have a bad year.’”

Bukata lives in Valpo with his wife, Christine, and three kids, and enjoys traveling to see the country with them.

“Every other summer, we have a crazy summer vacation. So we’ve been to Yellowstone National Park and back. Last summer we went to California and back. We’ve done Texas and back, we’ve done Maine and back. We’ve seen Yosemite, the Grand Canyon. It’s just kinda cool to see all that stuff.”

In the end, encouraging kids to have a fun time playing soccer and foster a love for the sport is Bukata’s main goal as a coach.

“I like to teach, I like the kids, you just kinda put that all together and soccer coaching just seems natural.”

Soccer is the most popular sport in the world. So, if you’re thinking about picking up the sport, try it Bukata recommends. It will be more fun than you think!