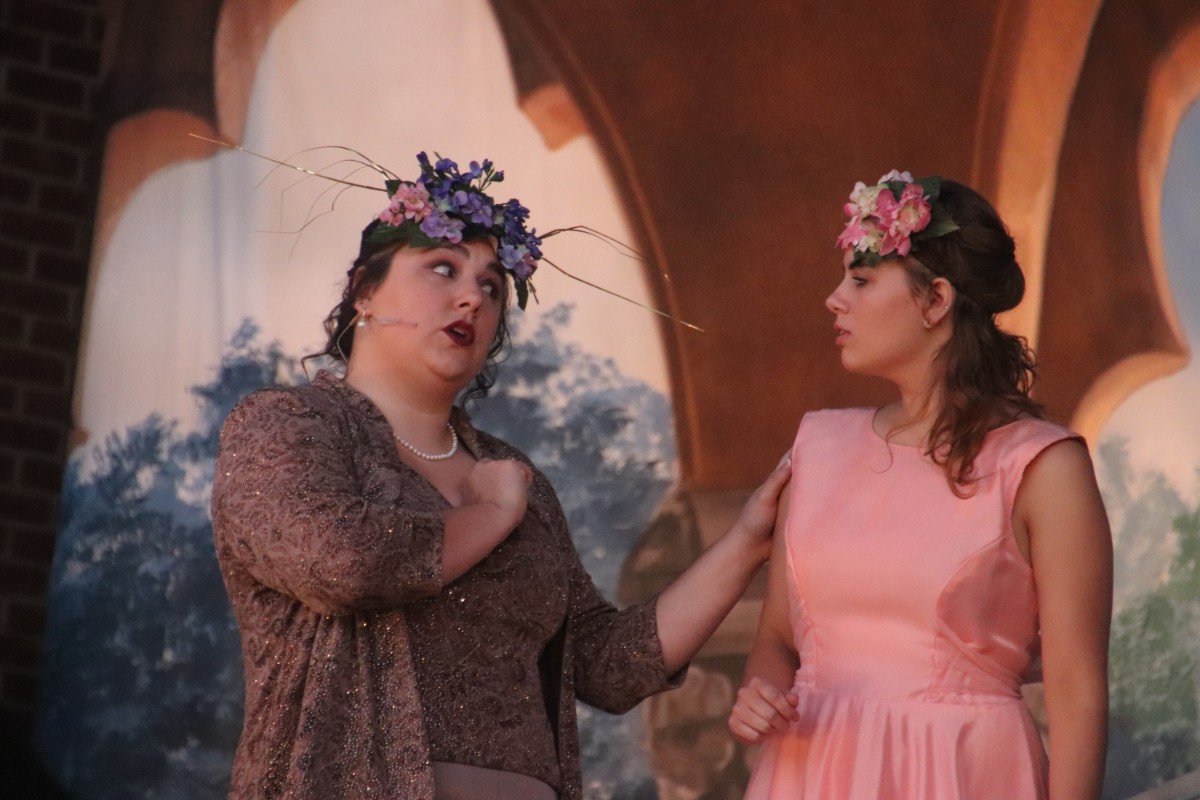 The Chicago Street Theatre kicked off its 7th annual Shakespeare in the Park community celebration Friday night in Central Park Plaza with a production of Much Ado About Nothing on the stage in the William E. Urschel Pavilion. The cooler weather was a welcome break from the blistering heat endured by many over the past few days, so visitors unfolded chairs and blankets to take in the show, grab a bite from the local vendors, and spend quality time in one of Valparaiso's beautiful parks.

The annual free event lasts two days and welcomes an audience of more than 2,000 people, nearly half of whom travel from within the Region and from out-of-state. The event is an opportunity for the Chicago Street Theater to make good on its mission: bringing audiences, artists, and volunteers from the community together.

“The City of Valparaiso, who is one of our major sponsors, loves the fact that it’s not just people from Valpo, but also people from outlying areas and even other states,” said Eric Brant, Chicago Street Theatre’s Director of Marketing. “Shakespeare in the Park is a celebration of art, community, and volunteerism. We are homegrown. Every single actor you see on the stage is a volunteer.”

Tony Daloisio of Valparaiso brought his young son and daughter to watch their mother, Melissa, perform in the play.

“It’s fun and it’s outside,” Daloisio said of the kid-friendly event. “Plus, Mom’s in it.”

Tajah Easton came from Merrillville to support a friend in the cast. While she did, she enjoyed the chicken quesadilla from Chunky’s Taco truck and the festival-like atmosphere.

Leading up to the performance of Much Ado About Nothing, visitors were encouraged to check out the action on the side stage. Northwest Indiana Excellence in Theatre Foundation (NIETF) hosted its annual Theaterpalooza and featured acts from community theaters across the Region. Becky Jascoviak, President of NIETF, praised the partnership with Chicago Street Theatre.

“There’s a large audience, so it was nice to bring them together in one event.”

Shakespeare in the Park and Theaterpalooza seeks to expose the local community to the art that’s happening all the time here in Valparaiso.

“This a great way to showcase the artistry of Valparaiso by bringing the talent to the people with a free performance,” said Jenna Johnson, a lifelong Valpo resident who made her directorial debut with Much Ado About Nothing.

Beyond bringing local talent to light, the Shakespeare in the Park is an effort to build a bridge between what people think they know of Shakespeare and the way his works can be experienced.

“It wasn’t meant to be dissected in a classroom,” Brant said, “It was meant to be experienced as the entertainment of its day.”

“One of the special things about doing it in the park is we’re able to provide a great festival atmosphere that’s very similar to what it would’ve been like when Shakespeare was being performed,” Johnson said.