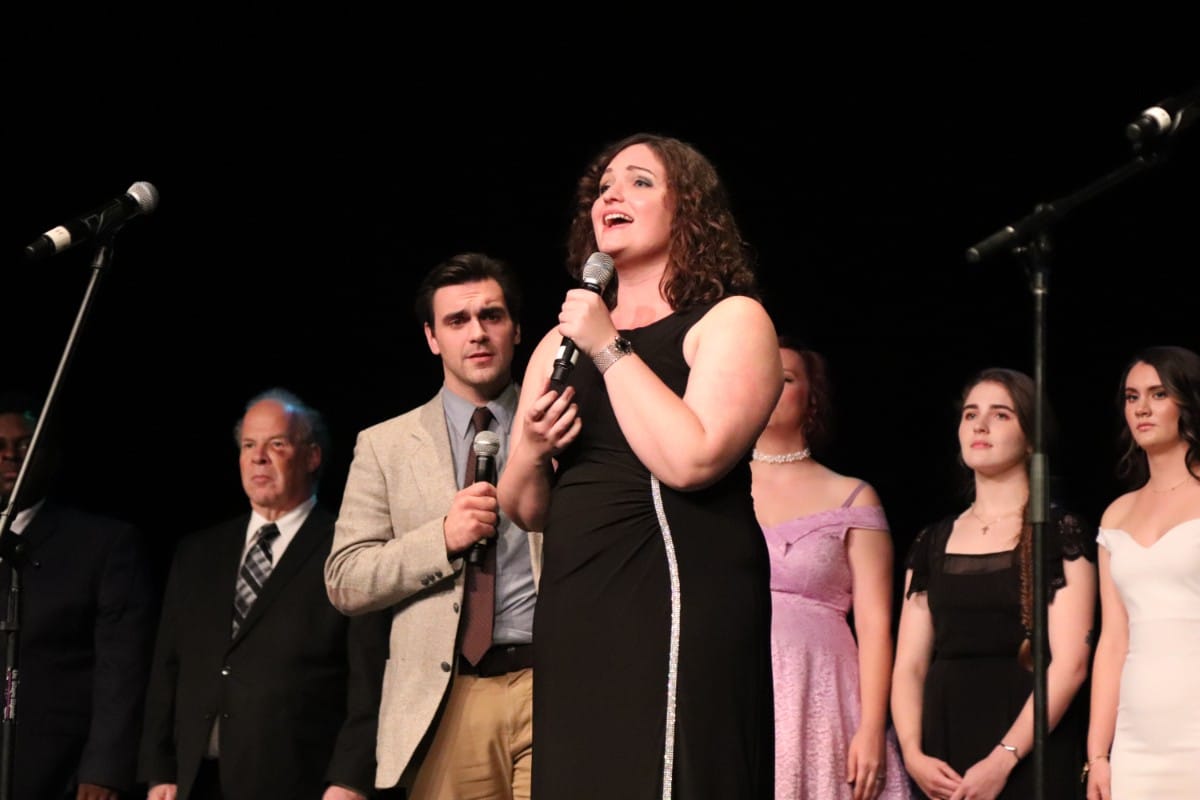 The 26th annual Northwest Indiana Excellence in Theatre Foundation (NIETF) Gala brought talent from all over the Region together to recognize excellence in theater arts. NIETF, a collection of theatre organizations across Northwest Indiana, focuses on creating a strong community, promoting excellence, and providing entertainment to the Region. The annual gala provides NIETF an opportunity to recognize distinction among the local play and musical performances, direction, and design.

Jared Riddle, a presenter for many of the awards at the NIETF Gala, was in awe of the passion, dedication, and talent in the room.

“Tonight is difficult to put into words,” said Riddle, “because it is a group of highly dedicated volunteers who come together in our little plot of land off the lake to share stories, not only the ones we put on the stage but the story of us as a community of people who support the arts and who believe it makes our lives better.”

The evening offered a chance for the community to bond together over their love for theater arts and the amazing talent within the Region.

“I think our community loves this event not so much for the awards but for the chance to get together and see each other,” Becky Jascoviak of NIETF said. “This is the one night where everyone is in the same room together.”

The annual gala brought performers, family, friends, and fans together to cheer on their favorite productions in regional theater arts and to celebrate the awards presented. Because the Northwest Indiana community harbors such a strong theater arts presence, nearly every seat at the 26th-anniversary gala was full at Blue Chip Casino in Michigan City.

“The performing arts in our community is very strong,” Jascoviak said. “Most people don’t recognize that we have more than 20 theaters across the Region. For 750,000 people in the Region, that’s a lot of theater.”

Jascoviak appreciated the variety of award recipients at this year’s gala and their enthusiasm they brought to the stage.

“What I love about this night is the people who are the first-time nominees who get up there and are so overwhelmed and the passion that comes out, and those who get up there with 30 nominations, but it is only the second time they’ve won,” Jascoviak said. “It’s such a spectrum.”

Dressed in their best, attendees chatted over dinner, captured memories in the photo booth, won items from the silent auction, and danced the night away.

“Everyone is having a great time,” Riddle said. “When we come together as a community, all of our burdens are lifted.”

As a longtime resident of Northwest Indiana, Riddle expressed his love for the dynamic community that fosters innovation, creativity, and compassion.

“We have business, industry, and arts here that are world-class and highly dedicated,” Riddle said. “When we open our eyes and see what is around us, we find that we are the dream that Walt Disney wanted. We’re that dream of people that still walk down the street and say hello to one another, who engage, dream, and innovate.”

Colleen Zana, the recipient of the NIETF award for Excellence in Scenic Design of a Play for her work in Mom Cole’s at Valparaiso Theatrical Company, was among many of the award winners to recognize the role of the community in their theater art experiences.

“This show was one of the highlights of my life,” Zana said during her acceptance speech. “It was about my family. It was about Valpo. It was about love, honor, family, and community. I thank the viewers for appreciating the scenic design.”

The evening demonstrated how the people of Northwest Indiana have a strong connection with theater arts and with each other.

“It’s really all about the community,” Jascoviak said.