A Gorgeous Day for Bike Michiana and Walk for Hospice 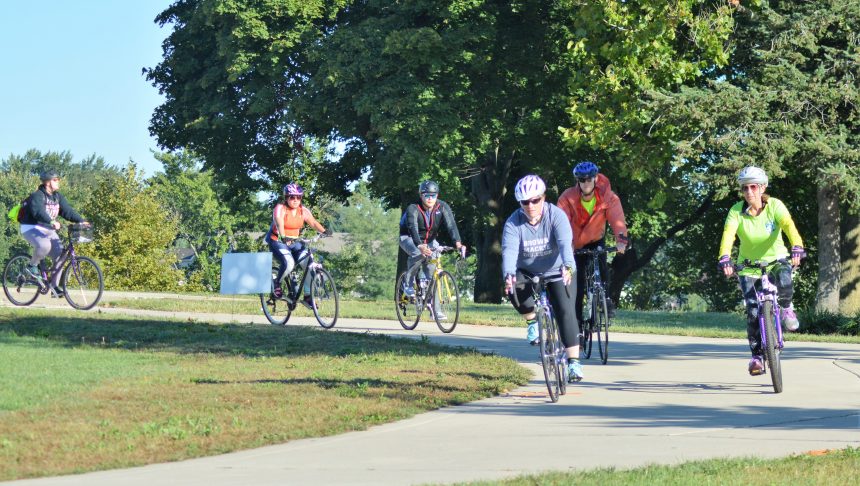 September 23 turned out to be one terrific day. It started with a cool morning and continued into a bright, sunny day with a light breeze and 72 degrees. Not a bad start for the 10th Annual Bike Michiana for Hospice (BMFH) and the 33rd Annual Walk for Hospice. This year saw two exciting changes to these signature fundraisers: it was the first time the events were held on the same day, and it was the first time the bike event started and ended at CHC’s Mishawaka Campus, adjacent to Central Park.

“We felt it was important to bring people together on our beautiful campus in Mishawaka and let them see all that is going on here,” said Mike Wargo, chief operating officer of the Hospice Foundation. “By hosting BMFH on our own campus, along with Walk, we gave people the opportunity to connect more closely with the cause for which they are riding or walking.”

The joint event, presented by Trek Bicycle Store Granger, saw many other exciting changes. BMFH was revamped to include three new routes, new restaurant partners, and an easier check-in process. We were thrilled to have Yesterday’s Food & Spirits return to host the after party, and are grateful for the ten-year partnership with this local gem. This was also the first year that registration in advance of these events was required – a practice which helped control costs and streamline the process.

“With any fundraiser, it’s important to balance costs with revenue,” said Peter Ashley, director of communications and annual giving for the Hospice Foundation. “By requiring advance registration, we were able to better plan for food and other elements of the event that ultimately made it a more effective fundraiser, while improving the day-of experience for registered participants.”

More than 500 riders, walkers, staff and volunteers participated in the event, which raised 25% more than last year’s event for Center for Hospice Care.

A post-event survey revealed that more than 94% of participants plan on returning to next year’s event, which will take place on Sunday, September 8. Look for more details and registration information in the months ahead.