A Valpo Life In The Spotlight: Cassidy Stewart 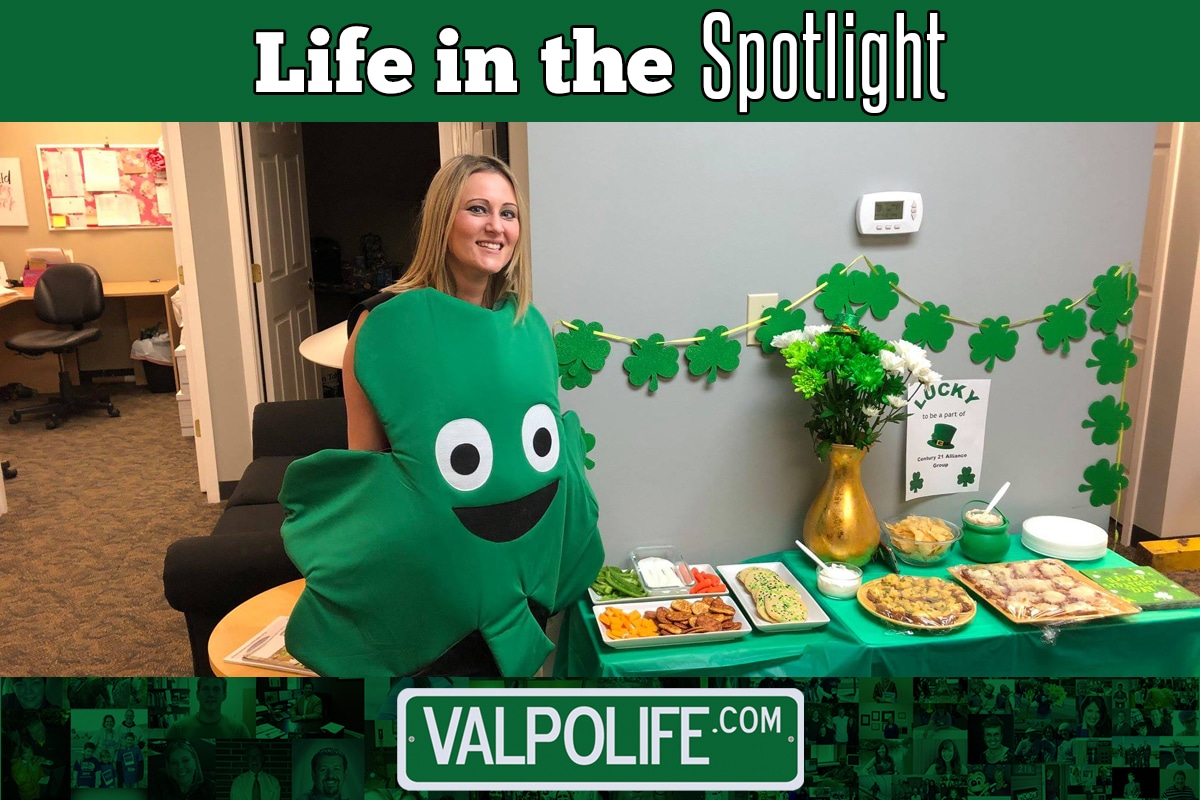 Life has a way of coming full circle, sometimes in the ways we least expect. Cassidy Stewart is a prime example of how unexpected connections somehow land us exactly where we’re meant to be.

Stewart initially interviewed for a position at Century 21 Alliance Group a few years ago. During that interview, Kathy Bowgren encouraged Stewart to reach out to Jeanne Sommer, the founder of Lakeshore PAWS, a local rescue organization. That encounter took her career in a different direction.

“It really all started with Jeanne,” Stewart said. “I’d mentioned my love for dogs and she said they were always looking for help over at Lakeshore PAWS and that I’d be a great fit. I began working there shortly after!”

She fell in love with the organization instantly, spending a lot of time with the juniorPAWS program that involves children.

“Two things I love are kids and dogs, so the idea of combining working with both of them was just awesome,” Stewart said. “It doesn’t get much better than that!”

After spending some time at Lakeshore PAWS, the Century 21 Alliance Group staff – mainly Sommer and office manager Kathy Bowgren – pursued Stewart for the position she originally applied for at the realtor company. She accepted that position part-time, and also stayed part-time at Lakeshore PAWS. Eventually she became the full-time administrative assistant at Century 21 Alliance Group.

Stewart said Bowgren also has played a huge role in getting her where she is today.

“I would not have this position if it wasn’t for Kathy,” Stewart said. “She is the most amazing manager I’ve ever worked for! There’s always something to learn from her and I can ask her anything. She’s a great role model, and I try to model myself after her.”

“It’s so funny that I started with that interview for Century 21, then went to PAWS, and now came back to Century,” said Stewart. “It’s crazy how things come full circle like that!”

When making this transition, Stewart knew she had to stay involved with PAWS, even if that meant as a volunteer.

Today she serves as one of the lead volunteers for the juniorPAWS program, which teaches groups of young children how to care for and be respectful to dogs and other animals.

“Once a month we’ll have a group of kids come in and essentially try to institute taking care of animals at a young age,” Stewart said. “We’ll have officers from the K-9 unit or veterinarians come in and do presentations for them as well.”

“PAWS really inspires kids, and to be a part of that is just so rewarding and gratifying,” she said. “I knew I had to keep these dogs in my life somehow!”

Stewart has been at Century 21 for three years, and loves the spontaneity that comes with her work.

“There’s something new every single day,” Stewart said. “Every day we work with different buyers and sellers, so there are new faces, challenges and experiences all the time.”

When she’s not working or volunteering, Stewart likes to travel and spend time with her husband Jeff and fur babies Scout and Gizmo, and her friends and other family members. She also does freelance event planning as a hobby, a passion of hers since she was in 8th grade.

“I think the reason I enjoy it is because I haven’t turned it into a career,” Stewart said. “It’s more on my own terms, and I like not having the pressure of making it a business.”

Between her time at Century 21 and her work with all the fur babies at Lakeshore Paws, Cassidy Stewart has the best of both worlds.