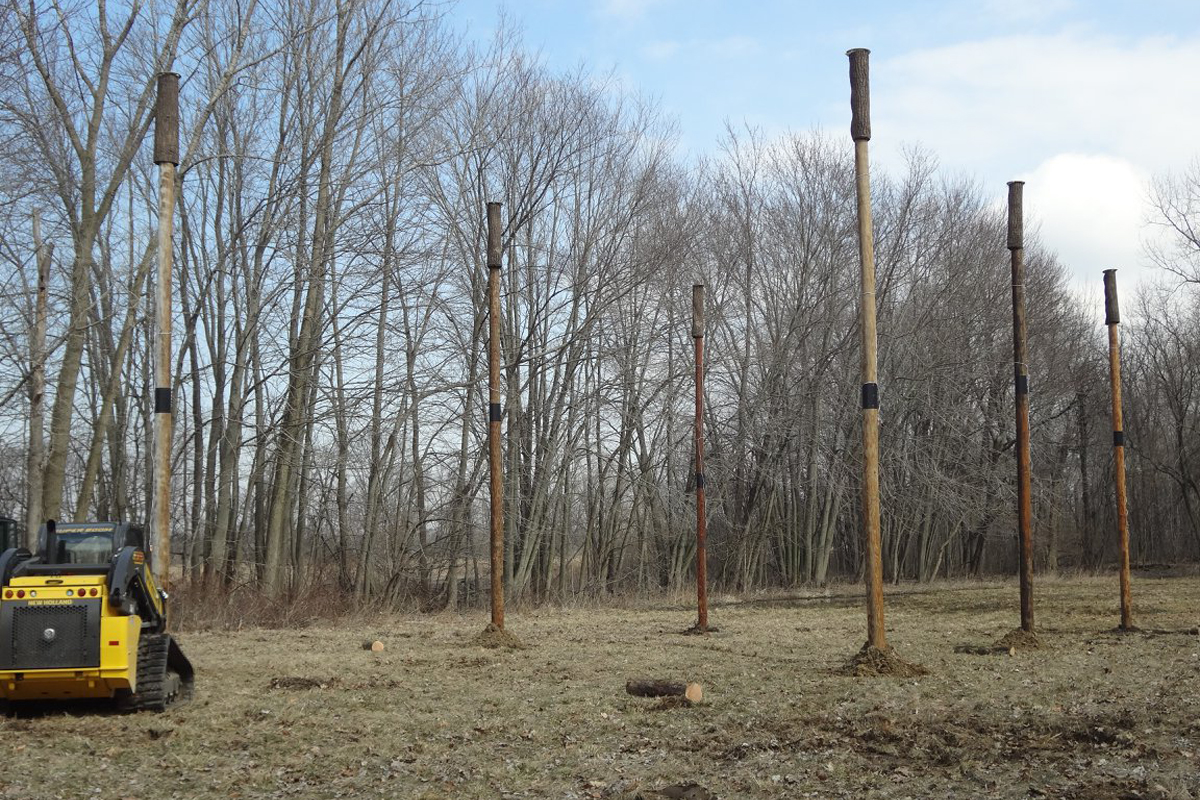 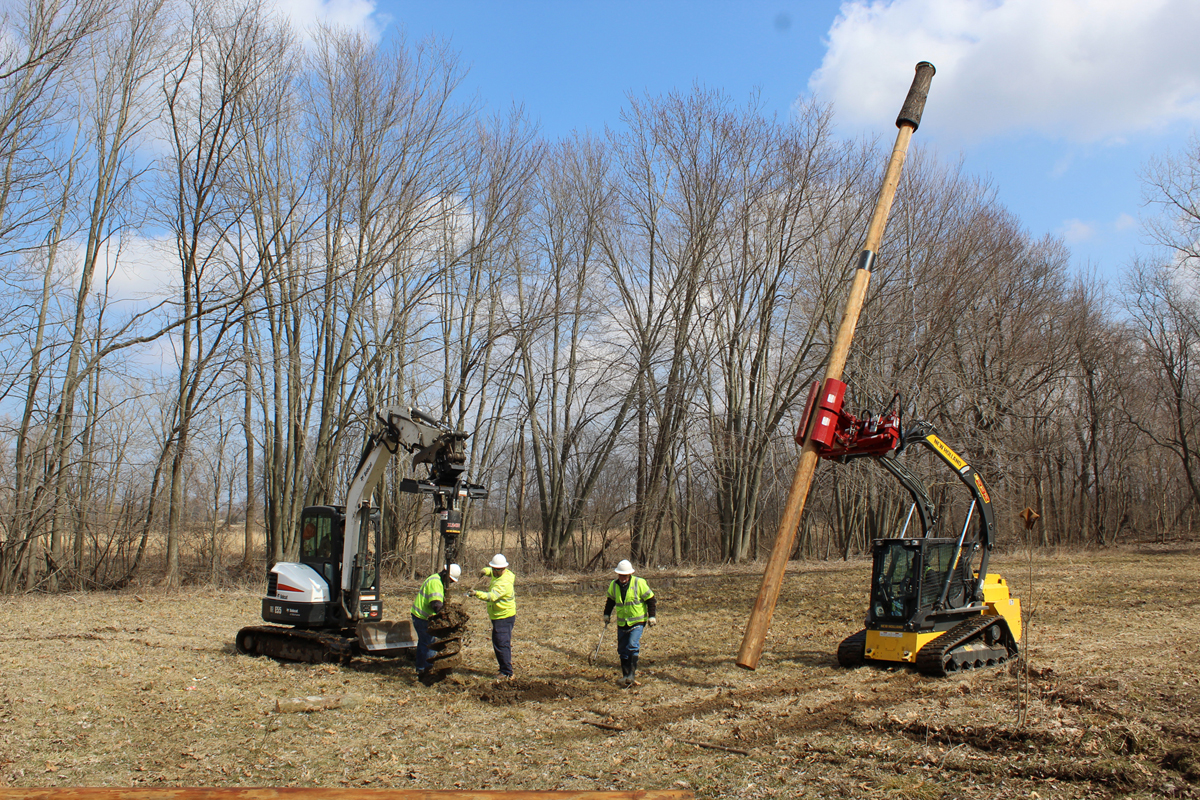 Project Chairman Don Frame supervised and helped build the structures with an artificial material called BrandenBark. He said “BrandenBark was developed specifically by biologists to imitate defoliating bark on dead trees that some species of bats like to hide under for roosting or for raising their young.”

Frame called Amanda Steeb of KVREMC to ask for their help with the project and they agreed. “Our cooperative is committed to helping the community and the environment,” she said. “With our access to poles and equipment, it was a great way for us to contribute to this project.”

Developed by Copperhead Environmental Consulting in Kentucky, BrandenBark is a polyurethane plastic molded to imitate the bark of trees. It is typically mounted on utility poles or standing dead trees in areas where bats are found, usually by streams or wetlands.

Bats that have been known to use BrandenBark include the Indiana Bat, the Northern Long-eared Bat, and the Little Brown Bat, all of which are found in our area.

Many populations of bats have been severely impacted by “white nose syndrome,” a fungal disease that affects hibernating bats. It has killed millions of bats across North America and the Chapter hopes to help these species rebound in northwest Indiana.

The project was funded by the chapter, the KV REMC, and by a grant from the Indiana Division of the Izaak Walton League Endowment. The US Geological Survey and Purdue University Northwest have been part of the research and design of the project.

“We are really excited about this project,” said Chapter president Gary Brown, “if it works here we hope to put more of the same structures up all over northwest Indiana. Bats are fascinating animals and serve an important ecological role. They need our help.”