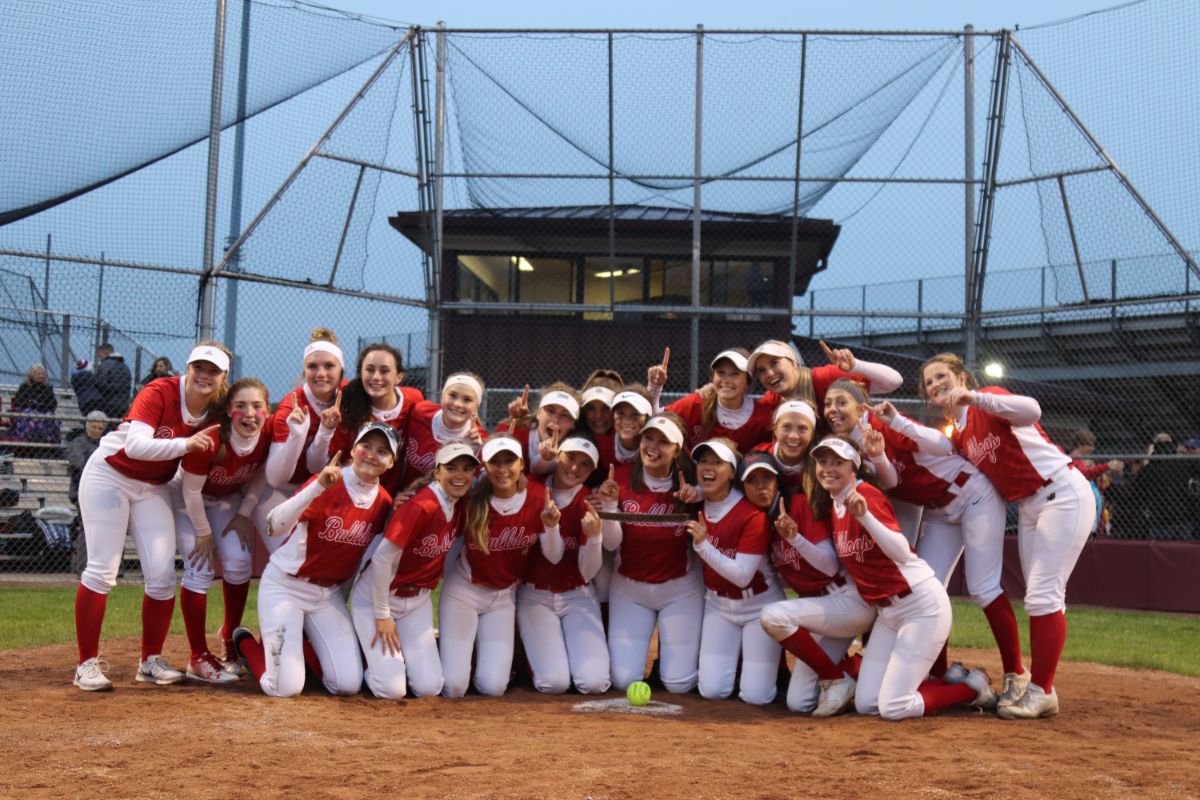 Suspense was high at Chesterton High School Tuesday evening as the IHSAA Regional Championship game took place between the Chesterton and Crown Point softball teams. After a long season of discipline and hard work, both teams took the field hoping their efforts would earn them a trip to the Semi-State.

Coming off a big win against Hobart last week, Chesterton entered the game excited and ready to play their game.

“The girls are very excited to be here,” Chesterton Coach Dan Lynch said. “We’re aiming to hit the ball well, just have fun, and play the game.”

Crown Point also came prepared to leave everything on the field, eager to play after fearing the game would be canceled due to imminent weather.

“I think they were a little more excited than I expected them to be with the rain and the weather we had going on,” said Crown Point Coach Pete Iussig. “When they found out the game was still on and we were going to get on the bus, they were cheering, so I think that was a good sign.”

The cold, rainy forecast was no match for the Trojans and the Bulldogs. Even in the less than ideal weather conditions fans packed the bleachers on all sides. Both teams put up quite the fight, neither allowing the other to score a single run through the first five innings. Tensions intensified as inning after inning went by without a score change. The teams seemed to be equally matched until Maggie Ballentine, senior second baseman for the Bulldogs, hit a blazing double off of the Trojans’ Lexi Benko in the top of the sixth, allowing two of her teammates to score in the process.

“It was crazy! I’ve been playing against Lexi Benko for most of my life, so my mindset was kind of to just go out there and say she wasn’t going to beat me today,” Ballentine said. “She’s an incredible pitcher and great human being, so going up against her was tough, but sometimes you just gotta go do it for your team.”

These ended up being the only runs scored in the game, as the Bulldogs managed to hold off the Trojans through the bottom of the seventh, taking home the Regional title.

“These girls have been focused on the postseason from the very beginning, and we definitely rose to the occasion,” Iussig said. “We never know who is going to step up and have a good game—today it was Maggie.”

“It feels great to be moving forward,” Ballentine added. “There’s no other way to describe it besides, ‘Let’s keep it rolling and go get ‘em next week!’”

The Bulldogs will take on Fishers in the Semi-State game on Saturday, June 1. The game will begin at 1:00 p.m.