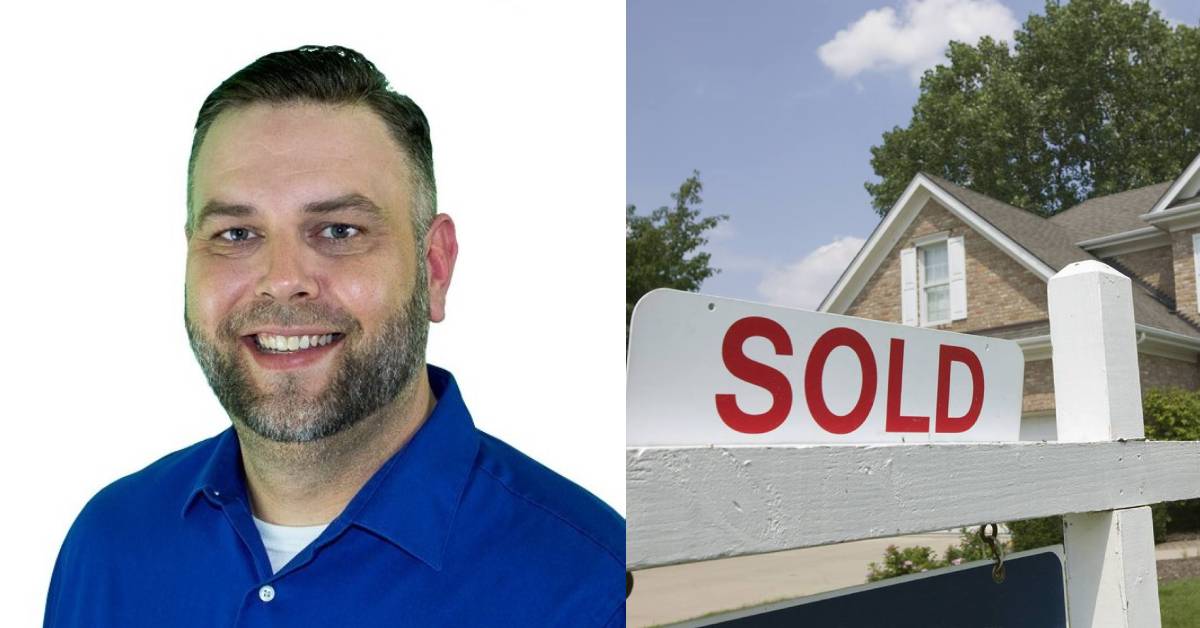 It’s the most unique steps taken in our lives that lead us to some pretty perfect destinations. For Jeremy Chessor, his journey as an agent for Boulder Bay Realty Group started in the mint fields of North Judson.

Despite being homeschooled, he proudly represented the Blue Jay’s by going to games and repping blue and gold. From there, he started his professional career after attending Ivy Tech of Valparaiso studying business management and computer programming.

“After I left college, I started working at Bailey’s Discount Center in the furniture department for a year. Then I became their kitchen designer in their cabinet department, and for the last five years, I managed it.”

There, Chessor assisted clients with a visual depiction of various customized designs for their potential kitchens through 3-D renderings. This planted the seed for his deeply rooted appreciation for homes, interior design, and the connection between the clients’ wants and needs.

“For the last twenty years, I was representing a company, and there’s nothing wrong with that.  But what really drew me to real estate was changing that process and instead representing the person or client,” Chessor said. “When you get to a point where you are on the same level as a customer and really take their wants and needs and transform them into your own, that’s really what attracted me to the field.”

This past May, Chessor left Bailey’s and decided to follow his heart.

“When I met Lynda, she was extremely inviting and personable. She was so in tune with my path of success.”

Chessor soon found out that many other real estate companies in the region were more concerned with office space rent than personal achievement in their agents.

“Lynda and her team are different. They are invested in your success. They take the time to train agents into becoming the agents they need to be. They have been, and always will be, there for me in any circumstance and answer any questions along the way.”

From his experience, Chessor believes that the kitchen and bathroom are the two most expensive and complicated areas of a home.

“I was already experienced in selling those and knew what I was doing there. The other rooms and the property were just a bonus.”

For him, selling a home comes along with personal attachments that dig deeper than the renovation of a bathroom or kitchen.

“When someone purchases or sells a home, somewhere they will spend or have spent a majority of their life in, there is a lot of emotional investment in that. More so than any kitchen or bathroom I’ve ever sold,” Chessor said.

Despite being new to the real estate game, Chessor has been rapidly and unknowingly preparing for this step throughout his entire career. He only foresees himself climbing up the ladder of success at Boulder Bay.

“Other then meeting my wife and having my four children, this is one of the best experiences I’ve ever had. Meeting different people and really getting that emotional investment with them.”

Chessor adds his own personal touch by specifically catering to the relationship he has with his clients and building a strong line of trust.

“I believe in having a solid relationship with our clients. They need to be able to trust me because I am the one taking care of one of the biggest decisions they are making in their entire life.”

In his spare time, Chessor is an avid music lover and singer. He enjoys spending time with his family, which is another benefit of his flexible realtor career.

As for his career journey, there’s no doubt that Chessor has found his destination.

“I just wanted to find the best fit, and Boulder Bay was the best choice for me.”