An enduring commitment to veterans 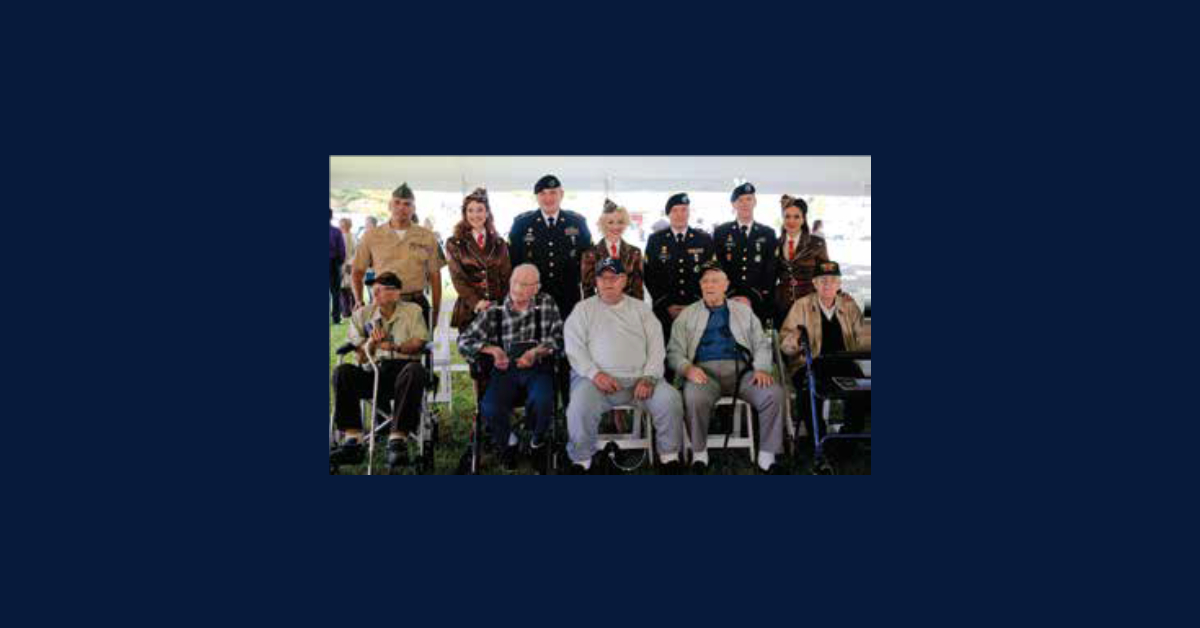 Center for Hospice Care (CHC) is proud to be a Level 4 “We Honor Veterans” partner. A collaborative effort between the Department of Veterans Affairs (VA) and the National Hospice and Palliative Care Organization, this program provides focused end-of-life care for those who served in the armed forces. As a Level 4 partner, CHC integrates veteran-specific content into its staff and volunteer orientation and education as well as offering veteran pinning ceremonies and assisting our patients’ participation in honor flights. Thanks to generous donors, we were able to establish an enduring tribute to veterans. The Veterans Memorial, located on the Mishawaka Campus was dedicated in 2016. A “Veterans Tribute Ceremony” is held annually to dedicate donated bricks and plaques. The first such ceremony took place in 2017 and featured Medal of Honor Recipient Spc. 5 James McCloughan as our special guest.

Honored Bob Beutter and Joe Kernan for their service to our country – in the armed forces and in government.

Focused on raising money for our veterans programs and the new memorial as well as raising awareness of the need for focused veteran end-of-life-care. Hiler Family Gift Thanks to the generosity of the Robert J. Hiler Jr. Family Foundation and John and Catherine Hiler, CHC rededicated the memorial as the “Captain Robert J. Hiler Jr. Veterans Memorial,” in memory of John’s brother. Memorial Contributions Families of veterans can purchase personalized bricks and plaques for placement on the veterans memorial – the funds raised help support our veterans programs.

One particular story captured the hearts of our donors and supporters and truly embodied the “We Honor Veterans” program. WWII veteran Wilbur Lewis entered our care in the spring of 2016. His family described him as a vibrant, “charismatic character” – a man who loved life. Making the decision to choose CHC enabled his daughter and son-in-law, Karen and Rich, to bring him into their home and helped ensure his final months of life were the highest quality they could be. CHC was able to send one veteran on an honor flight to Washington, D.C. – to provide an opportunity to visit the memorials honoring their service and sacrifices. Wilbur was the right choice for the Honor Flight, which left in the early hours of the morning and returned late that same night. Little did he know that hundreds of supporters were awaiting him when the return flight landed.