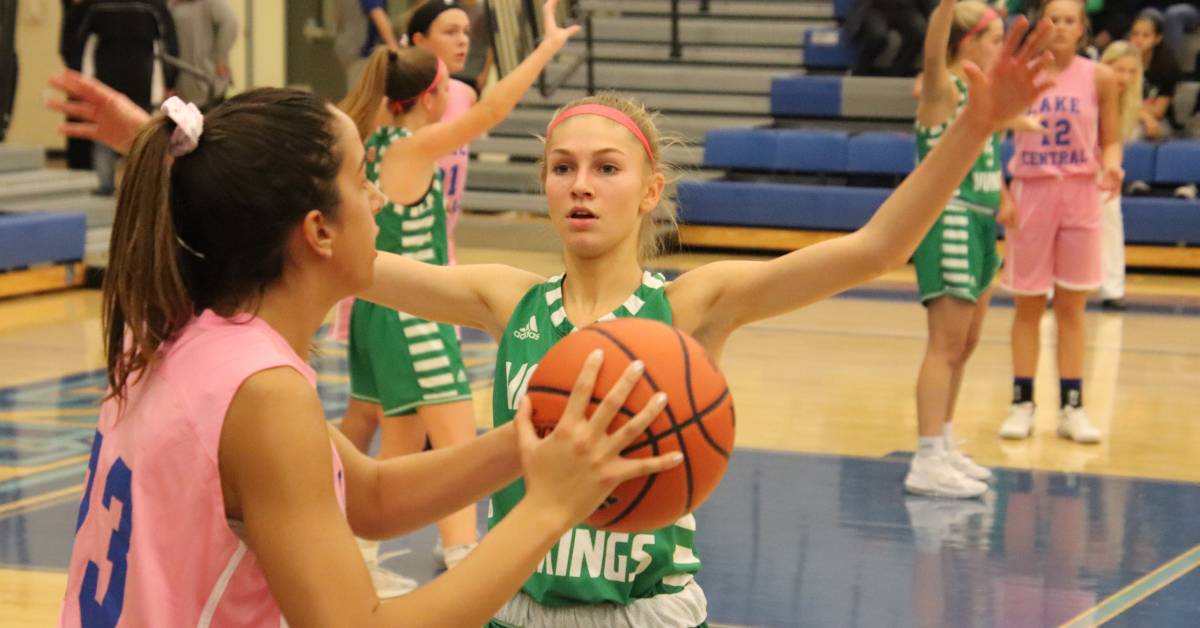 Gender aside, both the Lake Central and Valparaiso high school boys and girls basketball teams shared one thing in common on Friday night: a love for the game of basketball.

Starting off the double header, the Valparaiso and Lake Central girls basketball teams tipped off at 6 p.m. in Lake Central’s gym –only this time was a bit different, with their respective school’s boys teams cheering them on in the bleachers as they played.

“This is all part of our community, and it’s a great example of how we come together no matter what the sport is –boys or girls,” said Luke Balash, Valparaiso High School senior basketball player. “We always support each other when we can, and it’s cool to get to see the girls play.”

Usually, the two teams play on different nights, making it a rarity to see each other play the game both teams live and breathe for. However, when the stars do align and they are able, the teams soak up every moment of the added support.

“Having the boys watching and supporting us tonight was really cool. We usually play on different nights, so it was awesome getting to hear them cheer for us,” said Shea Pendleton, senior on the Valparaiso High School girls basketball team. “They gave us a lot of energy tonight on the court.”

The girls game wrapped up with Lake Central coming away with a win, 58-51. Lake Central boys basketball senior, Nick Anderson, was happy to get to see the girls play hard until the last buzzer and walk away with a W.

“It’s really important to us and the basketball program as a whole to be out here supporting our girls’ team tonight,” said Anderson. “The added support really helps to get everyone pumped up.”

As fans continued to creep in and respective student bleacher sections grew wider, it was the boys’ turn to take the court. Players and fans wore pink in support for cancer awareness, and cheerleaders walked around during halftime for donations.

“Not only is tonight great because we play back-to-back with the girls, but it’s also our cancer awareness game, so to see everyone come together is special. The support helps us get pumped up, especially for a big game against Valpo.”

The teams stayed within a 10 point stretch for most of the game, but ultimately, the Valpo boys came out on top, 52-39.

The sportsmanship, support, and togetherness displayed by all involved on Friday truly showcased what Hoosier basketball is all about- the love of the game.