A Valpo Life in the Spotlight: Sherry Trace 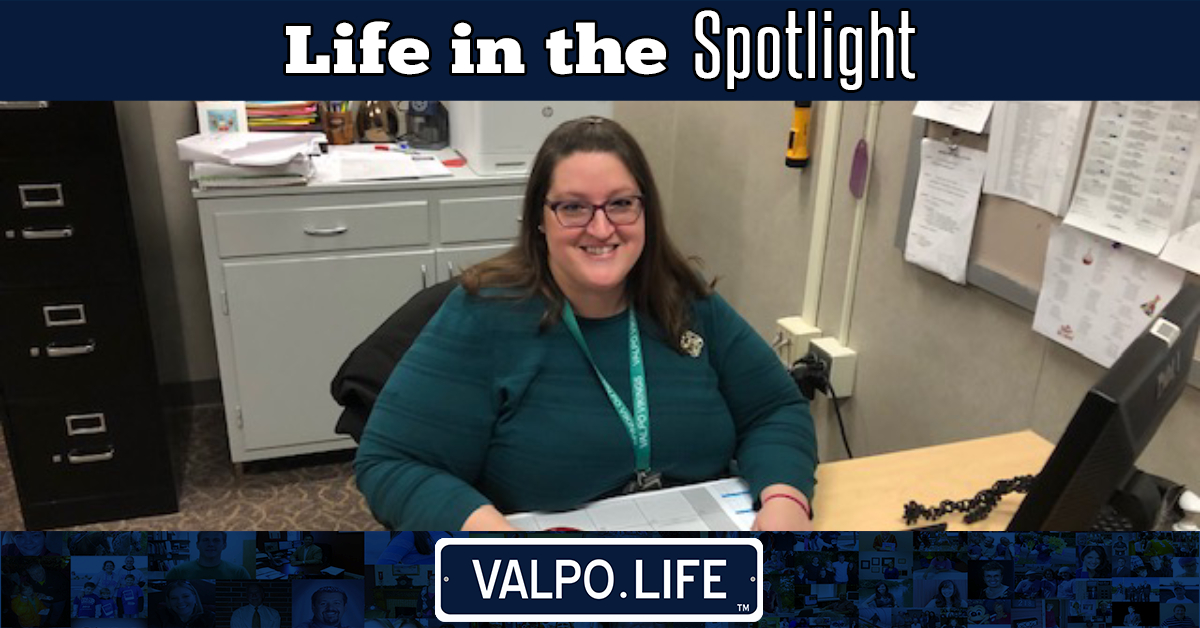 Sometimes after a long day at work, there is a cathartic release when you step out of the door and head home. Except for Sherry Trace. The Valpo resident says the end of her work day generally puts her in a good mood instead.

Trace is a school aid at Benjamin Franklin Middle School. It is a unique job because it’s all encompassing of student and school support. She works with the nurse, guidance counselor, front office, and on occasion, she fills in for some teachers as a substitute. Trace describes herself as a jack of all trades - she is everywhere and loves it.

“I love the feeling that each day is not the same, it gives me the feeling of excitement when I come in the door,” she said. “I work with amazing kids and people; we are like one big family here.”

The greatest thing about the job is also the bit of chaos that comes with working in a middle school and wearing many hats.

“I love it, but the mystery of not knowing where I am going to be is a welcome surprise,” Trace said. “It depends on the day, but the people I work with are very great and able to help me sort everything out. Sometimes it would be easier if I could be in two places at once,” she joked.

“Every day I get to go home happy and feel like I did something good,” Trace said.

Trace has had a passion for working with kids almost her entire life. From babysitting to working at Boys and Girls Clubs, taking care of kids and guiding them to be better has always been a big part of her life. She hopes to continue that work, while growing along the way.

“I have always wanted to be a guidance counselor,” Trace said. “It makes me so happy to see a child's mood go from frustrated to happy. I enjoy being a problem solver, no matter what the challenge is.”

Kids can be a handful sometimes, and for Trace, that’s no different. But the good stories make up for it all.

“Kids say the darndest things sometimes,” she said. “Sometimes I laugh, and I know I shouldn't, but I am caught so off guard I can’t help it.”

Trace also has quietly dreamed about working in the school music department.

“I would love to teach orchestra. Ever since I was little, I have loved music. I was in the band, choir, and any other music group that I could find,” she said.

Trace also loves animals, and is no stranger to being around them, including the school's emotional support dog, Zoey.

“I would love to be able to just go and play with all of the dogs at the animal shelter,” Trace said. “The one thing I think Valpo needs is for more places you can bring your pets.”

Trace has lived in Valpo her entire life and enjoys coming to the downtown area to shop and explore. She likes to take her dog Zeu, with her to parks and the beach where they both have plenty of room to play and relax.