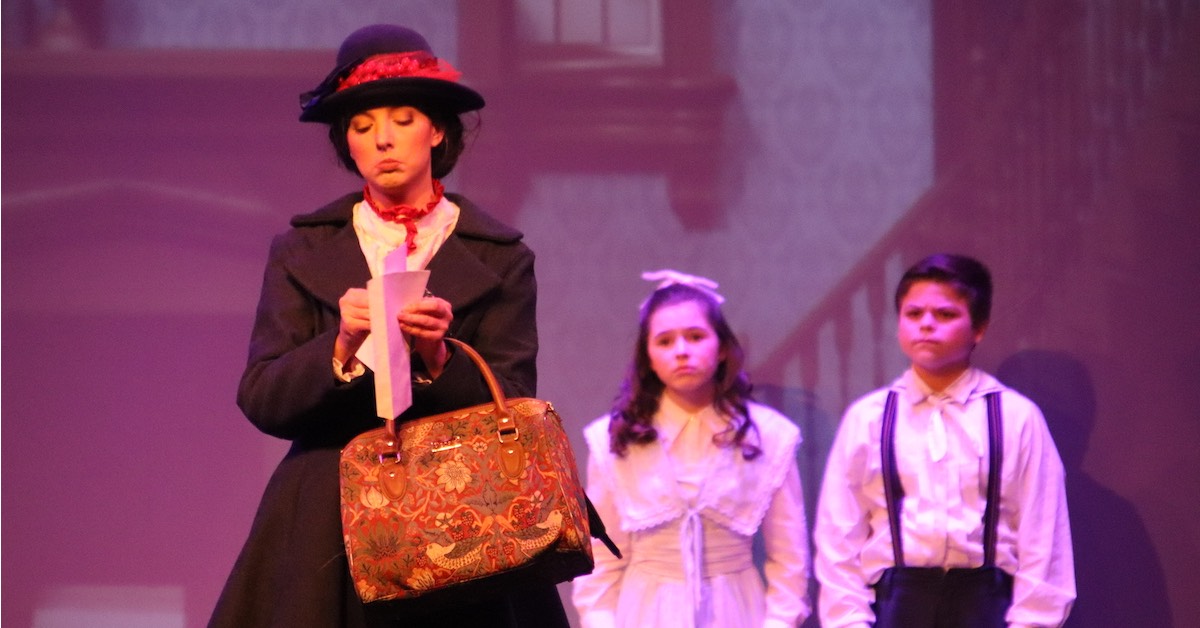 Valparaiso’s Memorial Opera House proudly presented Disney and Cameron Mackintosh’s Mary Poppins. A musical based on the stories of P.L. Travers and the iconic Walt Disney film, this classic tale of an eccentric nanny with a heart of gold is a treat for the whole family.

“We chose Mary Poppins because we wanted to offer something family-friendly that really drew the community in,” said Scot MacDonald, Executive Director of Memorial Opera House. “There’s no place I’d rather be than Memorial Opera House on a night of a show. The energy and positivity that we get from the audience and everyone involved is so fulfilling.”

This iteration of Mary Poppins is designed with the intention of bringing new spins on the iconic story and characters. While it evokes a sense of nostalgia in those who grew up reading the 1934 book or watching the 1964 Disney film, it also serves to bring the story into the perspective of a modern audience. Despite the changes, the core writing and thematic elements that made the older works so memorable are still very much present in Memorial Opera House’s version of the tale. Whether this was someone’s first time experiencing the story or their twentieth, this version of Mary Poppins offers a little something for theatergoers of all ages.

“This is a story about love, family, and change,” said Jeremiah Mellen, who portrayed Bert in the show. “If there’s one word I would use to describe the show in my experience, it would be transformative. It allowed me to do things I didn’t think I could do and to push myself. I gained a level of confidence in myself because of this show, and overall, I’m thrilled to be a part of all of this.”

In addition, with the help of some specialists behind-the-scenes, Mary Poppins actually flies during the show’s iconic scenes. According to Director Angela Marcum, the Louisville, Kentucky-based flight crew that helped with forming this was also involved in flying Lady Gaga during the 2017 Super Bowl.

“Memorial Opera House has never done any sort of flight stunts like this,” said Marcum. “Despite the challenges, the whole cast has bonded quickly, and they are supportive and encouraging. I feel blessed to work on this with such a talented cast and crew.”

All nine of the production’s shows are completely sold out, but take a look at the gallery for a taste of Memorial Opera House’s Mary Poppins.