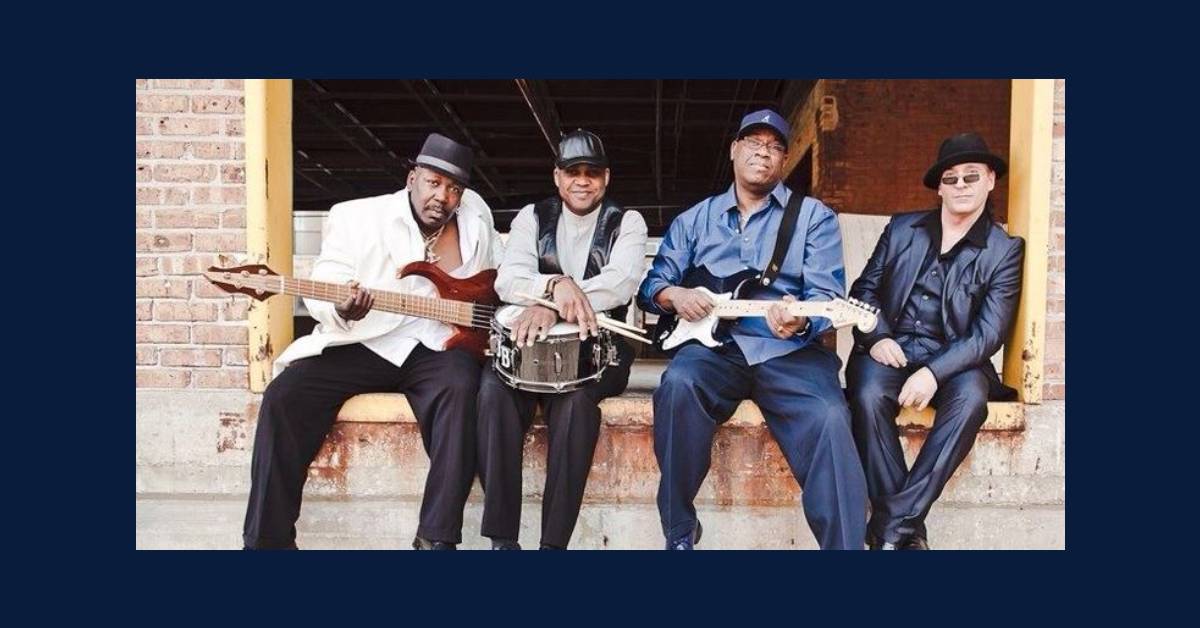 The live music scene in the Region is teeming with talent, and one professional musician intends to shine a bright light on it this summer. Rocco Calipari, Jr., a professional musician, guitar player, and instructor, has organized Six Strings Music Fest to give his music students and a few top-touring acts a stage to showcase their mad skills while providing socially-distant entertainment for the community.

Slated for July 24 from 4-10 p.m., at the Porter Health Amphitheatre in Central Park Plaza, Valparaiso, the fest will feature live music, food trucks, adult and family beverages, and an exceptionally summery vibe.

“Last June I opened my own teaching studio, and I’ve come realize that we have some amazing talent right here in Northwest Indiana. I really want to help showcase that and give my students a stage to share their gifts,” Calipari said.

With one of his student’s moms, Cristina Darr, Calipari set out to organize the event way before the pandemic hit. After riding the uncertain wave for several months, he and Darr decided to move forward with the event, considering it is outdoors and limited tickets will be sold.

“I feel confident we can host this safely. The park is large and there is plenty of opportunity to spread out while listening to the music,” he said.

Six Strings Music Fest (named after Calipari’s music instruction business) will feature two student acoustic sets, two student bands, and several top-bill bands that Calipari knows from having been in the music industry since he was a kid.

“My dad plays in ‘Howard and the White Boys,’ and we started the band 'Head Honchos' when I was 19. After traveling to different states and playing a bunch of festivals with musicians all over the country, I think this area is the most condensed area of really good musicians. There is a lot of talent here and I’m trying to pull out the best guitar professionals around. I won’t be able to fit them all in this time, but we have a great bill,” he said.

“I want people to enjoy themselves and enjoy music. It’s one of the few things we can enjoy right now.”

Student performers will include Chase Reyes and Keegan Darr (acoustic acts), and Owen Rittgers with the band Sidewinders, and Quintin Danzi with the band Fayde also will perform.

The second half of the festival will feature large name acts such as Marco Villarreal, Head Honchos, the Mike Wheeler Band, and the Blues Project – an eclectic mix of students and public school educators dedicated to the advancement of the genre.

The aim of the Blues Project is to pass on the music and history of the blues to the next generation of musicians through numerous educational and performance opportunities. The Blues Project conducts workshops, sponsors educational trips, and performs throughout Northwest Indiana. The program was founded by Scott Cvelbar and is anchored by a dedicated group of professionals who provide the foundation for up-and-coming student musicians to showcase their musical talents. Many times, other guest musicians also share their knowledge and enthusiasm with the students and join the band at performances or events, passing on valuable lessons on their craft and career.

Guitarist Marco Villarreal began his music career performing live at age 16. Born in Gary, he was exposed to music early by his older siblings. Through the years he's shared the stage with a wide range of artists and groups, including Freek Johnson, Lita Ford, Ron Keel, Tony Franklin, Roy Hargrove, Moe, Blue Oyster Cult, Frank Russell, and many others. His solo recording “Ethereal' featuring virtuoso drummer Tony Austin, and iconic Bassist Tony Franklin, showcases his unique style of composition and improvisation. He also performs in a solo context incorporating a balanced mix of loops and fingerstyle arrangements of classic pop, jazz, rock, and classical pieces.

Mike Wheeler will headline the Six Strings Music Festival with a voice reminiscent of the late Sam Cooke. From jazz to rock, popular music to top 40, Wheeler slides in and out of musical genres with sophistication, ease, and indulgence. He is a brilliant staple in the Chicago blues community, playing and writing songs for a variety of Chicago artists including Nellie Tiger Travis, Peaches Staten, Sam Cockrell, Demetria Taylor, Big Ray & Cadillac Dave. Wheeler recorded five albums with Big James & The Chicago Playboys in Chicago. He has traveled the world as an ambassador for Chicago blues music, to Monaco, France, Switzerland, Spain, and Belgium, among other places. He has shared the stage with Willie Kent, Koko Taylor, Buddy Guy, B.B. King, George Benson, Jimmy Johnson, and Shemekia Copeland. Wheeler was inducted in the Chicago Blues Hall of Fame in 2014.

The fest also will feature opportunities to win a month's worth of music lessons with Six Strings, and students can enter to win a free guitar.

Tickets for Six String Music Fest are $15 each and are available online or at the gate. (Online tickets require an additional $2 processing fee). Advanced tickets are recommended. Click to http://Sixstrings.ticketspice.com/six-strings-music-fest.