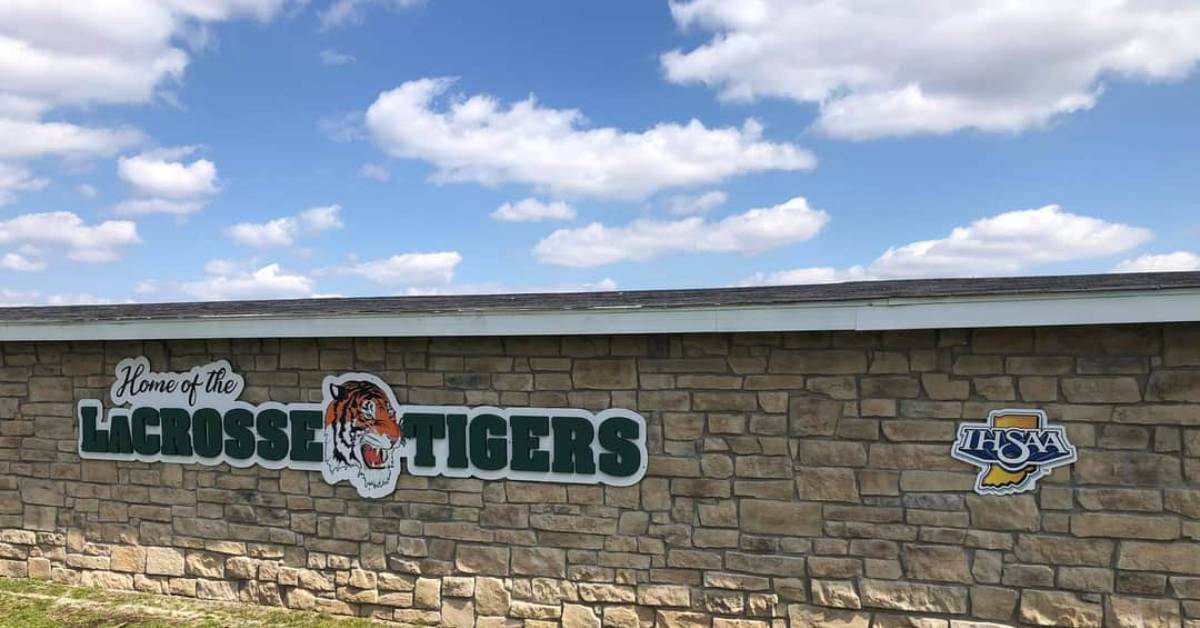 With less than 140 enrolled students, La Crosse High School had rarely been the go-to spot for sports. That all changed when Eric Snyder signed on to be the varsity baseball coach. Thanks in part to Steindler Signs, A1 Site Services, and North Star Stone, La Crosse Tiger Baseball can now call home a premier baseball facility that has area players lining up to play.

When the opportunity to help La Crosse High School build a tier one baseball facility presented itself, Tom Steindler, Owner of Steindler Signs & Graphix, jumped on it. For him, it’s all about being a kid and having fun.

“It’s more than just supporting a community, it’s supporting families, kids, and youth sports, it’s about bringing pride, honor, and tradition to the area,” Steindler said. “I wanted to make this the best looking field in Northwest Indiana, and I wanted my stepson to have a place that he could go to and play baseball and feel like he is really part of something big.”

The real joy in creating a new field for the Tigers to call home is seeing the kids be overwhelmed with pride as they run onto their home turf. Mike Shollenberger, a sales representative for Steindler Signs, knows the importance of giving back, especially in smaller communities.

“I have always felt it important to give back, especially in smaller communities, because sometimes the smaller communities get overlooked,” Shollenberger said. “The real payback in transforming Tiger Field comes from watching the kids play there. They love the work that has been done, and they are definitely proud to call it home!”

This was all because of coach Snyder. The second he stepped into his new role is the second he started his mission of giving his team a field to be proud of. In less than a year as the head coach, Snyder made it happen.

“I’m a big dreamer and I want the best,” Snyder said. “We’ve really turned it into something special, and when people look at it now they can’t believe it’s the same school.”

About $50,000 has gone into the field, but less than 10 percent of that has been paid in cash thanks to all of the donations and support from the surrounding community.

“Without the support from the community, you don’t succeed, you just can’t,” Snyder said. “We did in six or eight months what most couldn’t do in five or six years and that just shows how much the community stepped up.”