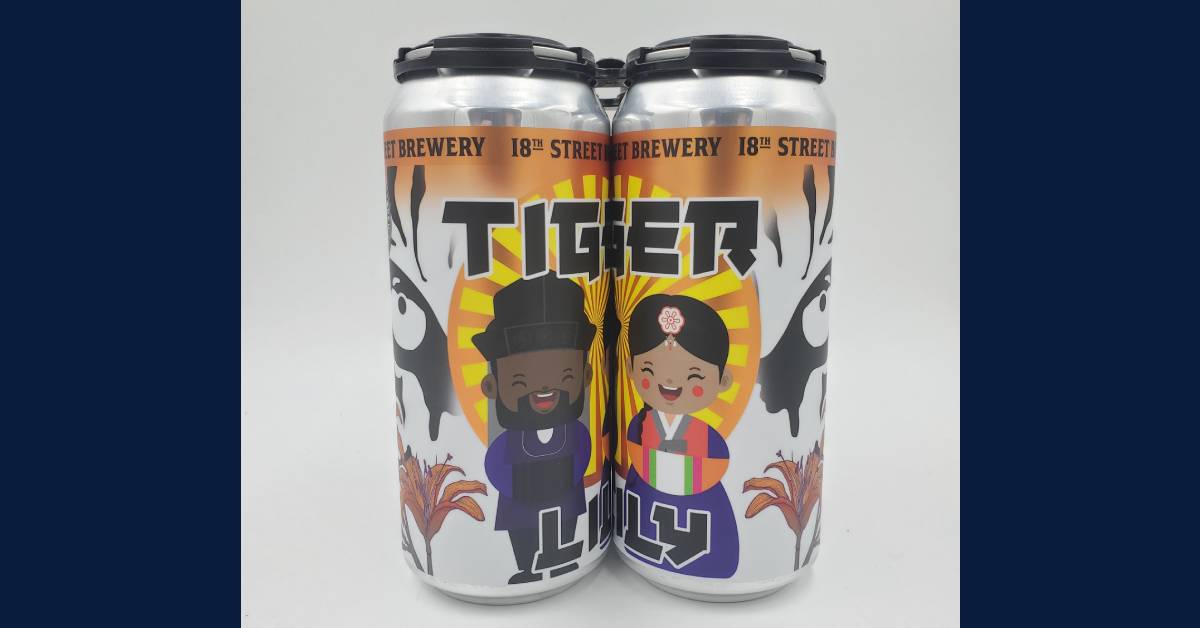 Since its inception in 2010, 18th Street Brewery has created countless craft beers, each one bringing a unique taste to the menu. This August, the brewery released a special new addition in the form of 'Tiger Lily', a 7.5% West Coast Style DIPA brewed with Idaho 7 and Sabro hops.

Brewed by Hannah Fox, wife of Drew Fox, Founder and President of 18th Street Brewery, in celebration of the couple’s fifth wedding anniversary, Tiger Lily is a unique beer that celebrates more than just their union. In collaboration with distributor, Indiana Beverage, and the Leetz family, 18th Street Brewery has announced that all proceeds from Tiger Lilly sales will be used to purchase 25 laptops for local kids participating in e-learning this school year.

“Often during a financial crisis such as the recession we’re currently in, struggling families suffer the most, especially the children in those families,” Drew Fox said. “We feel it’s very important to make sure they are taken care of with the proper tools, so that they can focus on their education without added stress.”

“Indiana Beverage has been a great partner over the last four years,” Fox continued. “They understand the importance of the community relationships we’ve built over the last eight years, and we’re very grateful for their help in this project.”

While the transition to online learning was smooth for some, Drew Fox knows that others lack access to important resources, like laptops, which have become vital for academic success. His personal connection to their struggle inspired 18th Street to make a positive impact through this project.

“I grew up very poor with two sisters and one brother, so I know first-hand what it’s like not to have proper tools to learn,” Fox said. “My wife Hannah and I wanted to give back to the communities that we have a personal connection with, and thought this would be a great way to do that.”

Tiger Lily is available on draft or in to-go cans in packs of four. The can’s artwork depicts a traditional Korean ceremony called the Pyebaek, and the name itself is a symbol of love, kindness, and adventure, and refers to a sense of balance. Unsurprisingly, the beer has been a hit in the weeks since its release, quickly generating the sales needed to carry out the project.

“Once all the beer has been sold, our accounting team and our partners at Indiana Beverage will total the sales and purchase the new Chromebooks,” Fox said. “We've also partnered with local organizations in Chicago's Englewood and Pilsen neighborhoods, Hammond, IN, Gary, IN, and the Eastside neighborhood of Indianapolis, to distribute 5 laptops to families in each of these neighborhoods.”

While our communities are suffering from the COVID-19 pandemic, Hannah, Drew and the 18th Street family want to do their part to ensure that kids in these areas have the tools that they need to continue their education and can smoothly transition to learning from home.

Tiger Lily is still available while supplies lasts! To help contribute to the cause by purchasing Tiger Lily, visit https://www.toasttab.com/18th-street-brewery-hammond to place an order.