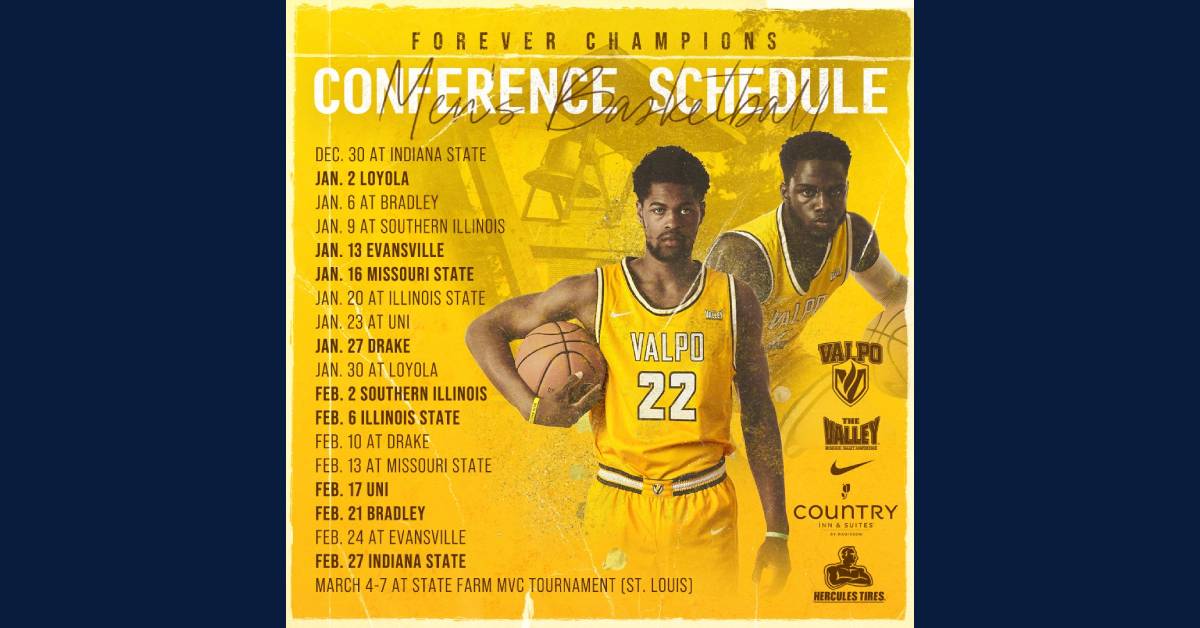 The Valparaiso University men’s and women’s basketball teams released their 2020-2021 conference schedules in conjunction with the Missouri Valley Conference on Tuesday.

The men’s program will commence its league slate on Wednesday, Dec. 30 by battling Indiana State in Terre Haute, Ind. Valpo will play its first home Valley game on Saturday, Jan. 2 against nearby rival Loyola in a rematch of the team’s dramatic comeback victory during last year’s MVC Tournament.

The standard 18-game, double round-robin format will be used again this season, with the regular season culminating on Feb. 27 vs. Indiana State. That leads into the annual State Farm MVC Tournament in St. Louis, which will occur from March 4-7. Start times and television designations will be announced at a later date.

The Valpo women’s team will ring in the new year by tipping off the MVC slate on Friday, Jan. 1 against Loyola. The first road trip of the year will feature stops at UNI (Jan. 7) and Drake (Jan. 9). The Ramblers will bookend the MVC schedule as Valpo visits Rogers Park to close the regular season on March 4. The MVC Tournament, Hoops in the Heartland, will run from March 11-14 in Moline, Ill.

Both the Valpo men’s and women’s programs took significant steps forward during memorable 2019-2020 campaigns. The men’s team garnered its highest regular-season finish and league win total since joining the MVC, then put together an unforgettable run to the conference title game with three wins in three days at Arch Madness. Head coach Matt Lottich’s team became the first in the history of the event to play in the opening round and advance to the title game.

The Valpo women’s program is coming off its winningest season since 2006-2007, posting 17 victories along the way. The team made the largest RPI jump of any Division-I program in the nation. Head coach Mary Evans’ group went 8-3 in nonconference action – the best preconference mark in program history – before posting a 9-9 record in MVC play despite competing in a conference that finished the season ranked eighth nationally in RPI.

The nonconference schedules for both programs will be released at a later date.