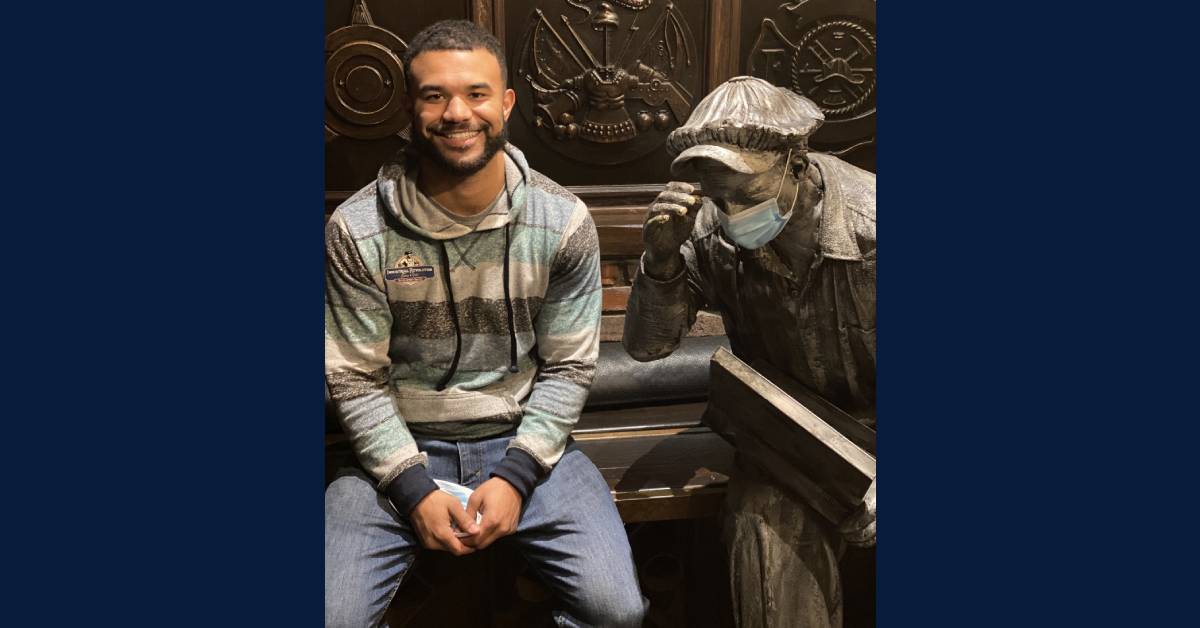 Regulars know that Industrial Revolution Eatery & Grille in Valparaiso is a feast for both the eyes and the stomach with a metal ironworker statue, historic reels on TV screens, American flag toothpicks, and the little train that chugs overhead as customers enjoy their favorite Revolutionary Originals. However, beyond the patriotic atmosphere and flavorful food lies what server James Bryant knows is the restaurant’s best feature: the people.

“The people I work with keep me going,” Bryant said. “They make me want to make the restaurant an even better place. Everybody is friends with everybody. We all hang out not just at work, but we also hang out outside of work. We all trust each other. We know we all have each other’s backs at work and outside of work, so it’s a good relationship. I have a good time there, so it doesn’t feel like work so much.”

Bryant said he first worked at Industrial Revolution as a dishwasher for a summer when he was 19, and he liked it so much that after venturing elsewhere, he returned to Industrial Revolution and became a server. He has worked as a server for over a year now and attributes his return to employment at the restaurant in part to his friendship with Assistant Manager Ronnie Sazone.

“I liked the restaurant, and Ronnie is a good guy. I’ve known him for years. He was a football coach of mine in high school, and we’ve had a good friendship for years,” Bryant said.

Bryant’s sense of community with Sazone and other staff members not only makes their interactions with each other more enjoyable, but Bryant believes their ability to interact positively with those around them is part of what prompts customers to come back to the restaurant time and time again.

“We get a lot of regulars,” Bryant said. “People come in and they see our smiles. We have good conversations with them, so they know if they come into Industrial Revolution, they will have good service. They feel like they can have a conversation with their server.”

When he is not working, Bryant enjoys watching lots of sports and going to the gym. Some of his favorite sports teams to watch are the Chicago Bears, the Chicago Bulls, and the Los Angeles Lakers. He enjoys cheering for his favorites both on-screen and in-person.

“I went to a Bulls game earlier this year, and I had a great time,” Bryant said. “Watching them in-person is a whole different feeling. You feel the excitement of the game. Every play is so much more significant when you’re actually there rather than just watching on TV. You feel the intensity of the game a lot more.”