A Valpo Life in the Spotlight: Logan Ozdyck 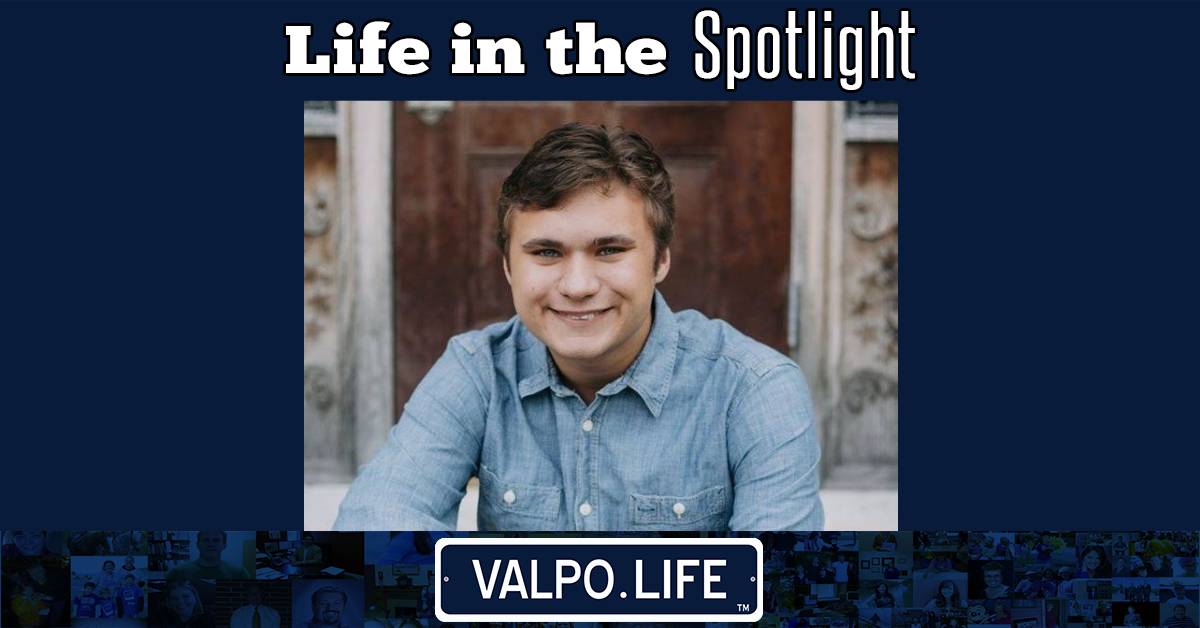 “I actually did a video project for scouts,” Ozdyck said. “It was a video for the library to try and get people to volunteer there, which I had done for a little while. I made that recruitment video as my Eagle Scout project.”

While Ozdyck has been an active member in the community, he noted that he did not really have a focus for those efforts until the latter end of his high school career.

“Before I hit junior year of high school, I didn’t really have a focus,” Ozdyck said. “I was kind of introverted before that, but I’ve always been interested in doing video and all that media stuff.”

A few years ago, Ozdyck got involved with the Porter County Career Center (PCCC) Video Production Class. While working video at one of Valparaiso High School’s football game for the video class, Ozdyck met Ron Blatz, who works as the Broadcast & Streaming Manager, VUTV Advisor, and Studio Manager at Valparaiso University.

“We got talking and he was trying to get approval from the university to bring on high schoolers,” Ozdyck said. “I emailed him later, and he had gotten the approval, so I started working there junior year of high school. I started out as a camera operator running camera for basketball. Last year, I started with football and did camera operation and worked my way into the control room doing graphics. I eventually worked my way into technical directing and directing.”

Ozdyck is glad he found a way to give back to his community doing something he has grown to love.

“Being able to go out to football games to do video and realizing that people enjoyed what I’m working on rather than me just making videos and uploading them to YouTube for nobody to see had a different feeling,” Ozdyck said. “I realized I was doing something important, so after that, I really started to get involved specifically with media.”

While Ozydck has always liked the community in Valparaiso, his video work through school has given him an even greater appreciation for his hometown.

“I never really went to football games in high school until I started broadcasting them through PCCC,” Ozdyck said. “I realized how much our community rallies around specifically our football team. Valpo High School went down to the State Championships last year, and I got to go down with a couple other people from the class. One of my favorite moments from that, and I’ll never forget it, was shooting a video of the buses leaving town. They drove through downtown, and everyone lined up on the sides of the road. It was a huge crowd of people, and they were chanting and stuff. I thought, ‘Man, we have a really good community here.’”

Outside of his volunteer and video work, Ozdyck enjoys watching Esports, playing video games, and playing his guitar.