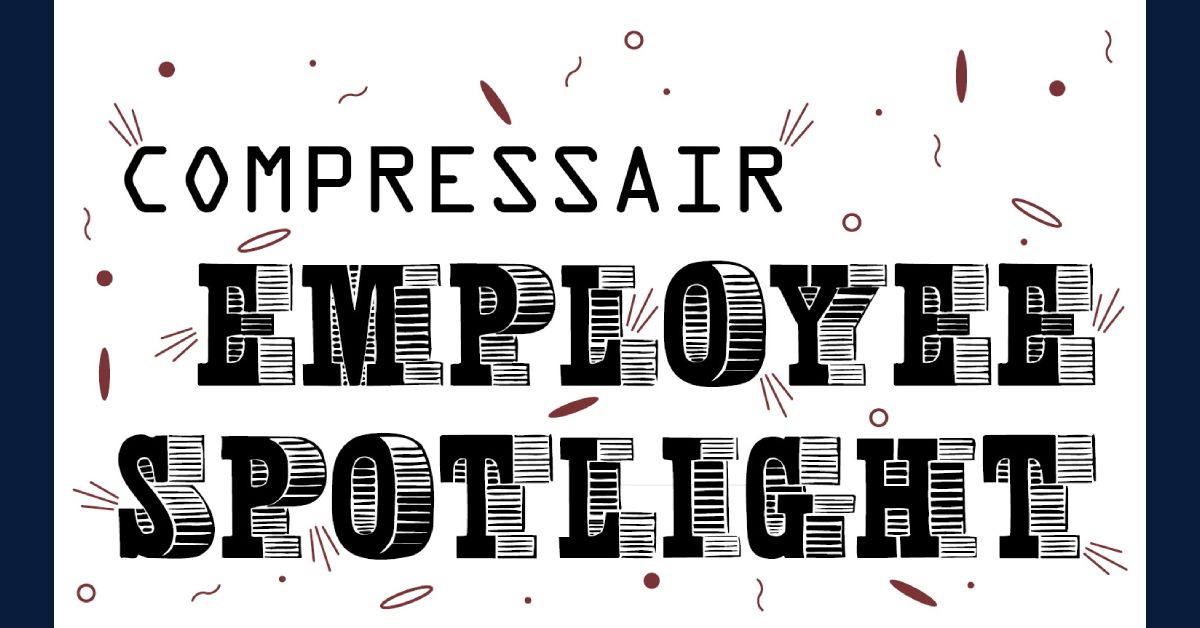 A loyal employee to an organization is just like healthy fruit to the body. The more you have, the more you benefit! Equally important is an organization that cares about its employees. One such employee has been with CompressAir for nearly 15 years; Elkhart Office Manager, Melisa Fisher.

“CompressAir had been the company that serviced the compressors at the RV company I had worked at,” Fisher said. “I found out they were looking for office help from my dad because he had stopped in to pick up parts. The branch manager asked my dad if he knew of anybody. Of course, my dad told him about me, and I had an interview a few days later and got the job.”

In her time with CompressAir, Fisher has held various roles.

“I hired in as a receptionist and quickly transitioned into also doing the billing for the Elkhart office,” Fisher said. “In addition to the billing, I started helping wherever I was needed. I was scheduling services and started to do purchasing and receiving. Now, my role is the office manager.”

As the Elkhart office manager, a normal day from her first cup of coffee on involves overseeing the inner workings of the office.

“My day typically starts with checking emails and answering parts requests and sending out quotes,” Fisher said. “I check in any packages that arrive and receive the orders. I research and order any additional parts that the service technicians need for repairs and restock their vans with parts that need to be replenished from the day before. I work very closely with the service manager on keeping the service department running smoothly. I also review any invoicing before it gets sent out.”

There is one thing that has surprised Fisher about her job.

“The biggest thing that has surprised me about my job is how much I’ve learned about air compressors,” Fisher said. “I never realized how many different industries used compressed air until working here.”

Fisher's favorite part about the company is the people.

“My favorite part about working at CompressAir is my co-workers,” Fisher said. “I can honestly say that I enjoy getting up and coming here to work every day.”

While reflecting on her career and life, there are many people Fisher would like to thank.

“I would first and foremost thank my dad for referring me for the job,” Fisher said. “Secondly, I would thank Andrew Crowl, CompressAir’s owner, for giving me a chance and believing in me all these years. He told me from day one that family comes first, and he meant it. I’ve personally experienced it while raising my young children and now I see it with my co-workers. He is by far the most generous individual I have ever met. Lastly, but most importantly, I would thank my team here in Elkhart. I would shout it from the rooftops if I could! I seriously love each one of them so much. I could not do every day without them and their hard work and cooperation.”

Work aside, Fisher enjoys baking cupcakes in her spare time – which she brings in and shares with her co-workers to show her appreciation. She also enjoys antiquing and going thrift shopping.

There is no place like home. Fisher loves Elkhart and enjoys what the community has to offer.

“My favorite part about living in Elkhart County is there are so many things to do and see,” Fisher said. “There is something for everybody. We are the RV capital of the world. Elkhart also has one of the biggest Amish communities in the U.S. and has many of those kinds of shops.”