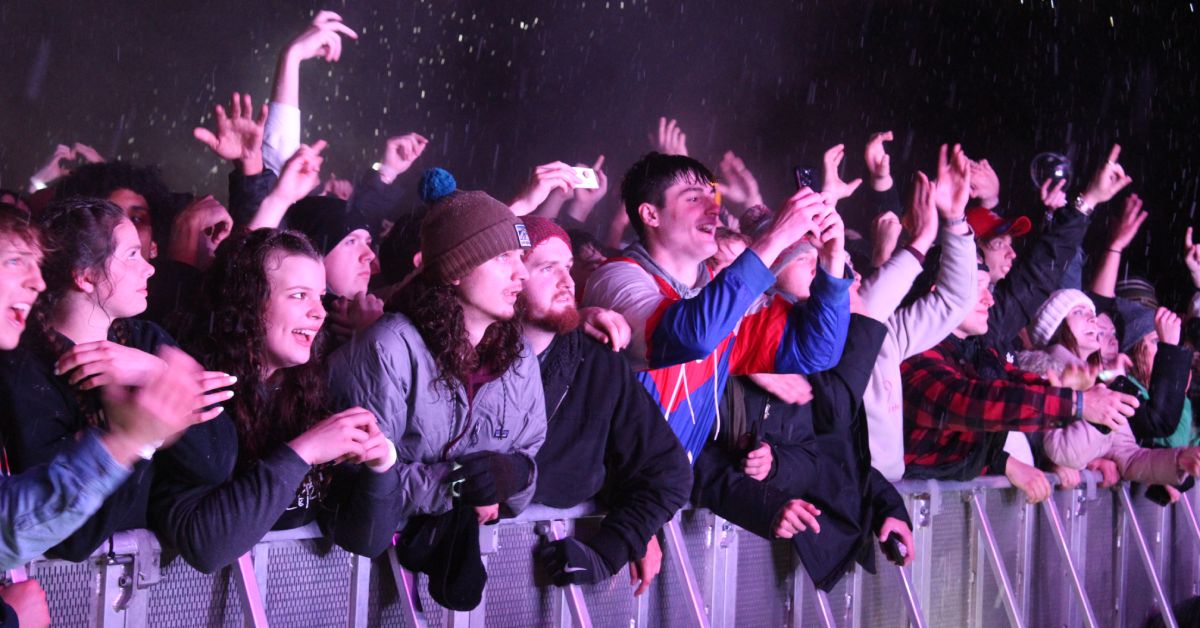 The volume was up and the energy high on April 8 as Purdue University Northwest (PNW) students enjoyed a concert and dance party by DJ Diesel, AKA basketball athlete Shaquille O’Neal, at the university’s showcase spring student life event, the “Roaring Loud” concert.

The performance was a key event part of PNW’s 5.75 year-long celebration, recognizing five years as PNW and the 75th years of its two legacy campuses.

PNW held the concert outdoors in the 173rd Street parking lot on its Hammond campus. Upon entering the main gate, students were met with a festival atmosphere. Many local food trucks were present, giving attendees a wide variety of options, and students were lined up down the block before the gates opened.

The weather posed a threat to the concert, but Kris Falzone, associate vice chancellor for Marketing and Communications, said the students pushed for the event to stay outdoors.

“We decided to hold the concert outdoors in response to the students,” said Falzone. “We talked to students early in the week when the forecast was already saying it would be cold and possibly snowy, and we all preferred to keep it outside because we can fit so many more people.”

Fortunately, the weather did not scare away students, faculty and staff and their guests. Falzone said that nearly 2,000 people attended the concert.

“We are very excited to see this many people coming out,” she said.

Colin Fewer, associate vice chancellor for student affairs and dean of students, helped organize the festival. It took PNW over a year to make all the preparations for the event. Fewer was excited that the hard work of a large team of PNW staff paid off despite the weather.

“So many students are coming out even though the weather could be better, but that didn't stop them. And they’re coming out to have a good time, you can hear the energy right now, so I think we’re going to have a great party,” Fewer said before the show began.

PNW students were excited that the university was putting on a festival with such a big headliner. The festival was a great chance for students to get together and have fun after the COVID-19 pandemic.

“When COVID came out, everyone was holed up in their homes,” said Angelo Turla, PNW student. “This is a great change of pace.”

The concert kicked off with DJ Canvas of 27 Entertainment getting the crowd moving and excited. After him, DJ Vibes took the stage and continued to keep the crowd moving and energized. Then, DJ Diesel took the stage. The energy was electric and the students were excited. O'Neal had the crowd dancing and cheering his entire set. He called audience members up on stage while performing, and overall put on a great show for the students of PNW.