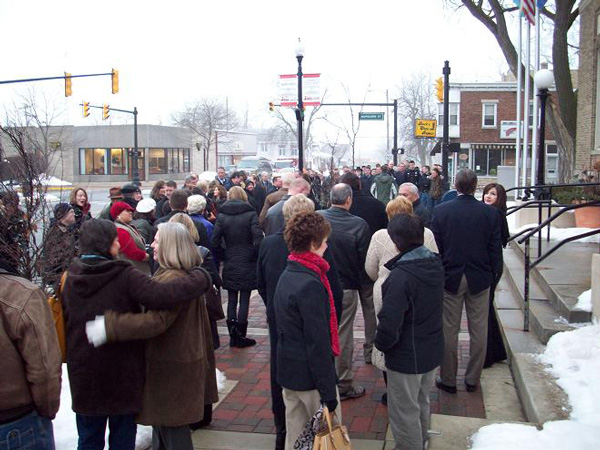 WHEREAS, while observing the Martin Luther King Jr. holiday, we reflect on the history of civil rights in America and honor Dr. King for the power of his intellect, the truth of his words, and the example of his courage. Dr. King created a powerful and enduring legacy for all Americans by calling upon our Nation to ensure equal justice under law and uphold our founding ideals of life, liberty, and the pursuit of happiness for all people; and

WHEREAS, Dr. King became an active leader in the civil rights movement in the 1950s, strengthened in his resolve by the quiet courage of Rosa Parks’ refusal to give up her seat on a Montgomery, Alabama, bus. He advocated non-violent action as a means to overcome the evil of racism in America, and he led the effort that resulted in the Civil Rights Act of 1964. Dr. King later said that the legislation was the work of every citizen who took to the streets and marched for justice and equality. The Voting Rights Act, which became law the next year, guaranteed all citizens the right to vote, regardless of race, and helped our country realize the promise of the 15th Amendment to our Constitution; and,

WHEREAS, Dr. King believed that all people are made in God’s image and created equal. He dedicated his life to empowering people, no matter their circumstances, and challenged them to lift up their neighbors and communities. He broke down barriers within our society by encouraging Americans to look past their differences and refused to rest until our Nation fulfilled its pledge of liberty and justice for all; and

WHEREAS, in observance of Dr. King’s birthday, we are reminded that great causes often involve great sacrifices. In the five decades since Dr. King and Mrs. Parks stood together in Montgomery, Alabama, our country has made great progress toward equality for every citizen. Yet more work remains. In the words of Dr. King, “We will not be satisfied until ‘justice rolls down like waters and righteousness like a mighty stream.’”; and

NOW, THEREFORE, I, Jon Costas, Mayor of the City of Valparaiso, Indiana, by virtue of the authority vested in me, do hereby proclaim Monday, January 18, 2010, as

I encourage all Americans to observe this day with appropriate civic, community, and service programs and activities in honor of the memory and legacy of Dr. King.

IN WITNESS WHEREOF, I have hereunto set my hand this eighteenth day of January, 2010.