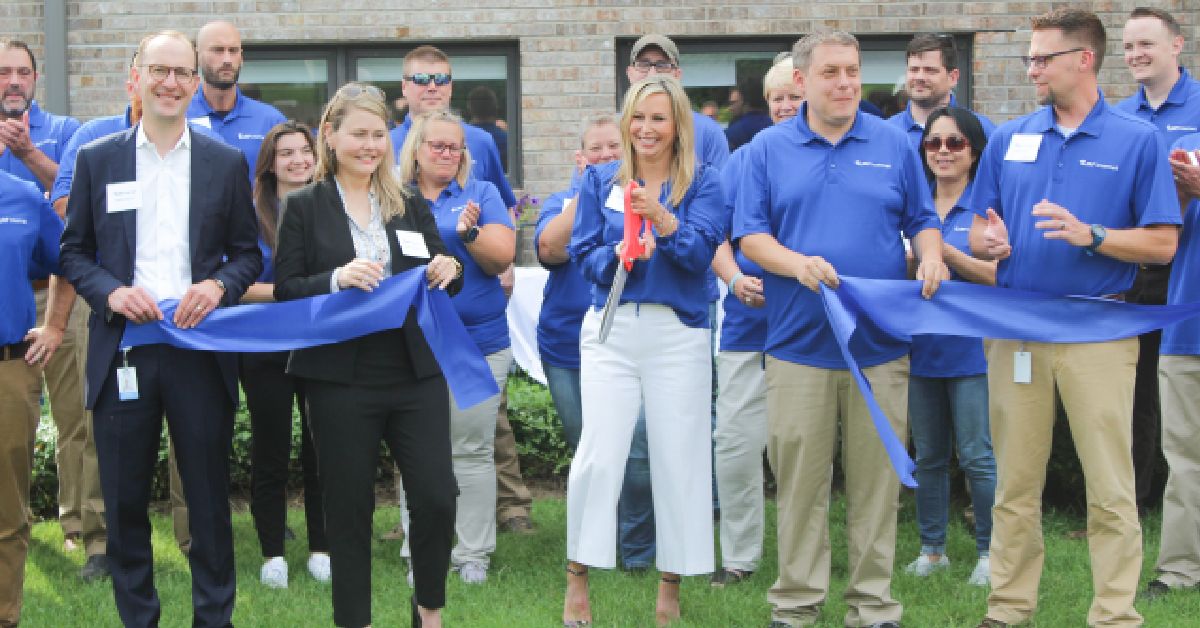 Surf Internet cut the ribbon on its new home Tuesday evening, celebrating the opening of its new corporate headquarters in Elkhart. Joined by the Greater Elkhart Chamber of Commerce, Surf offered tours of the building, took service requests from locals, and raised money for nonprofits.

The two-story office, located near the heart of the city, can host roughly 50 employees and sits on the shore of the Elkhart River. Surf Internet was founded in Elkhart, so the team was eager to invite the Chamber and community at large to explore their new headquarters.

“Elkhart is our home, and though we have offices in other places, this is where we got our start,” said Pat McCauley, infrastructure implementation manager at Surf. “We’ve also made a big investment in the city, so inviting the Chamber and the greater community was a big deal for us.”

Last summer, Surf broke ground on a $35 million investment in fiber internet infrastructure in the city. The project is set to increase access to fast, reliable broadband Internet to residents and businesses throughout the community.

“We’re really excited to be part of the Elkhart vibe,” said Gene Crusie, CEO of Surf Internet. “We’ve already done $12 million of construction, so we’re about a third of the way there. We love this city and county, it’s a great place to live in and do business.”

Since the beginning, Crusie’s made it part of Surf’s mission to serve the communities they build in – with their broadband services and beyond. Now, with their network spanning from Illinois to Michigan, he puts a priority on maintaining that promise and is eager to demonstrate that from the new Elkhart office.

“One of our core values is being local,” he said. “That’s why we maintain offices across the Great Lakes Region. We want to be in the community. We live, work, play, and worship with our friends and neighbors, so we’re really excited about bringing transformations to cities like Elkhart.”

Crusie stressed the importance and transformative impact that fiber, and potential further innovations, will have on communities such as Elkhart.

“My youngest son, Noah, only knows a world where he’s always been connected,” he said. “This next generation is going to grow up in a world where the limitations of traditional broadband won’t apply to them. Back in the old days, we had dial-up, now we’re doing gigabit connections to homes, and soon 10 gigabits or more. Bandwidth will no longer be a limiting factor, and we’re excited to bring that transformation to where we live.”