A Valpo life in the Spotlight: Adam Keen 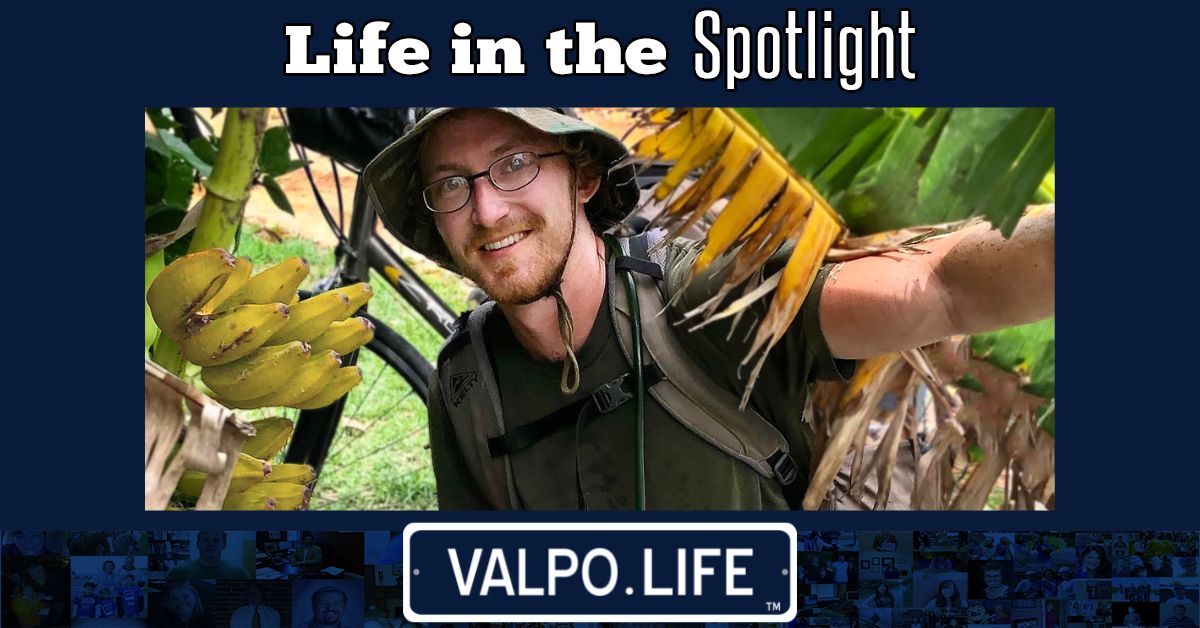 Three years ago, Adam Keen started a new life path when he moved with his father to Japan. At first, Keen found living in Japan to be a life-altering experience since he had grown up on small farmland in Kansas. But after a few weeks of living on the other side of the world, Keen became accustomed to Japan and found out just how insightful it was to live 6,104 miles from your homeland.

While in Japan, Keen attended Temple University in Tokyo, Japan, and after graduated with a Bachelors in Economics. Amidst attending school and working part-time as a lifeguard, Keen did something to break out of normal customs. Keen lived under a bridge for a year and a half.

“At first I was living in a shared house and my dad gave me money every month for rent. After two months I decided to do something different and push myself to become a stronger person. So, I started living off the land and in turn became a lot stronger as a person,” Keen said.

In his spare time, between work, school, and living off the land, Keen started cycling through the cities of Japan. The more Keen cycled, the more he realized that he loved cycling. So, after graduating from college and moving back to the United States, Keen started to go on further and further cycling trips.

On one of his more prominent cycling trips, Keen realized that carrying a 60-pound backpack for miles and miles is not fun or good for one's body. So Keen decided to make a product that would help eliminate the struggle of exhaustion. This product is called BackBone and is a pole that helps support the weight of one’s backpack while cycling. Currently, BackBone has a provisional patent and Keen hopes by this November his eight prototypes will be finalized and ready for mass market selling.

“I decided to make BackBone because I didn’t have any support system while traveling to Guatemala. This invention helped me make it to Panama, and it was then I realized this invention can help so many people,” said Keen.

When looking back, Keen has always had some love for the outdoors due to his being raised around farm animals and nature. One of his most memorable adventures in the outdoors as a kid was when he and his family went camping but he forgot a tent. So Keen decided to be resourceful and use what the earth gave him. He made a tent out of sticks and a blanket and was happy to know he could survive on his own and be one with nature.

Keen explains that he started cycling and traveling around the world because he wanted to better himself and prove to himself that he could do something great. That ‘something great’ wish came true over the countless miles, memories, and adventures Keen’s had all over Central America (Northwest Indiana, Kansas, Mexico, Guatemala, Missouri, Honduras, Panama, and so many other places). Throughout his travels, Keen would like to recognize that he did not do all his adventuring alone but was blessed by the kindness of strangers- turned friends- for food, laughs, shelter, and more.

Out of all his experiences around the world, Keen would like to note that he enjoys meeting new people and learning about their cultures the most when in consideration of cycling. To check out his upcoming line of BackBone or to follow his adventures across the world go to Keenville.com or BikeBackBone.com