Getting to Know a City Councilman: Joey Larr 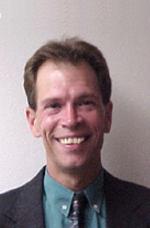 I recently sat down with city councilman Joey Larr to learn a bit about what goes on at the city council. I was never all that involved with city government, so it was nice to talk to a 12-year veteran who knows a thing or two about what’s going on in our city.

Larr, the son of a former city councilman, oversees District 3, the area on the west end of town between 500 North and Highway 2, west of Campbell and east of Tower Road—an area that has been growing during his tenure as city councilman.

We talked a bit about the annexation process, and how much of the new annexed land was 100% voluntarily annexed by the city. We also talked a bit about the city’s storm sewer projects and how, by a few engineering alterations, the city was able to cut the cost down from about $500 million down to “considerably less’.

I encourage you to talk to your city councilman, attend some meetings, and get a firm grasp on what’s going on in our community.