Coaching is Not Just for Athletes 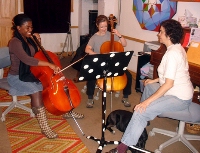 In my position as Technology and Media Coordinator at a local business development firm, I’m surrounded by “business” and business people, with all the terminology, materials, and environment that one would normally associate with BUSINESS. However, I am not a “business guy”. I am a “music guy”, who also happens to have an avid interest (obsession?) with things technological. Had you told me a year ago I would be a BUSINESS PERSON, I probably would have laughed, or at least been a little uncomfortable.

But after being in the position for almost a year and becoming immersed in this world, I have realized that, like most disciplines, business is just another way of looking at things. Like sports, entertainment, or art, it’s a thing unto itself but also a reflection of the whole. It’s an analogy of life in general.

I’ve noticed over the years, sometimes with great personal amusement, how certain terms connote entirely different images to people with diverse backgrounds and interests. For example, the word “bass”, to me, is a musical instrument, a control on a piece of audio equipment, or the lowest line in four-part harmony. The same word to a sports enthusiast might conjure an image of a particular type of fish.

Take, for example, the term “coach”. “Business Coach” is a term heard occasionally around the office referring to a type of consulting. To some, the word conjures an angry bald headed man pacing along the sidelines of a football game. To others, perhaps an economical form of air travel. Others still might have images of pioneers moving about the dusty streets of the Old West. I think of music education.

Coaching is not limited to athletes (or business people). Many other disciplines include a "coaching" aspect in some shape or form. Dictionary.com, among others, offers these definitions of "coach": a person who trains an athlete or a team of athletes; a private tutor who prepares a student for an examination; a person who instructs an actor or singer. This latter definition can be expanded to include performing musicians of all types in addition to singers.

Certainly, the traditional music teacher fits the role of a coach. As students learn the technique, theory, and application of their chosen instrument, a teacher is instrumental (no pun intended) in instructing proper form and performance. The adage, "Practice makes perfect" is not necessarily true; "PERFECT practice makes perfect" is more apt. Practicing incorrectly, or repeatedly practicing a mistake over and over again, will only ingrain those imperfections. A teacher, or coach, can quickly observe imperfections in any application and assist the student in correcting those issues.

Coaching of musicians extends well beyond the beginning stages of development. Even seasoned performers have coaches in many forms. Professional performing musicians will enlist coaches to aid in the interpretation and technical approach to a performance, and even to aid in the selection of repertoire. For most people, it's a difficult task to objectively critique anything they do, whether it's running a marathon, developing a marketing strategy, or playing the violin. This is where the external and objective point of view of a coach can make the difference between an adequate and exceptional performance in any respect.

The conductor of a band or orchestra also fills the role of a coach. In this instance, the conductor (or band leader) "coaches", or instructs, directs, and organizes the performance of a group of musicians. In some cases, this group may encompass only a few performers, other times well over a hundred in an expanded orchestra.

Finally, music coaching is a very real skill that differs from a traditional music instruction in several ways. Music coaching is generally not based on a progressive curriculum. Rather, it is geared towards musicians who require occasional, specific instruction in some form. Some musicians will seek out a coach to help them overcome the "plateau effect", when a musician gets in a rut and has difficulty progressing technically or creatively. Other times, performing musicians will seek out a coach to help them prepare for a competition or performance. In these cases, a coach will advise on very specific issues, anything from the proper fingering for a very difficult passage to stage presence and performance etiquette.