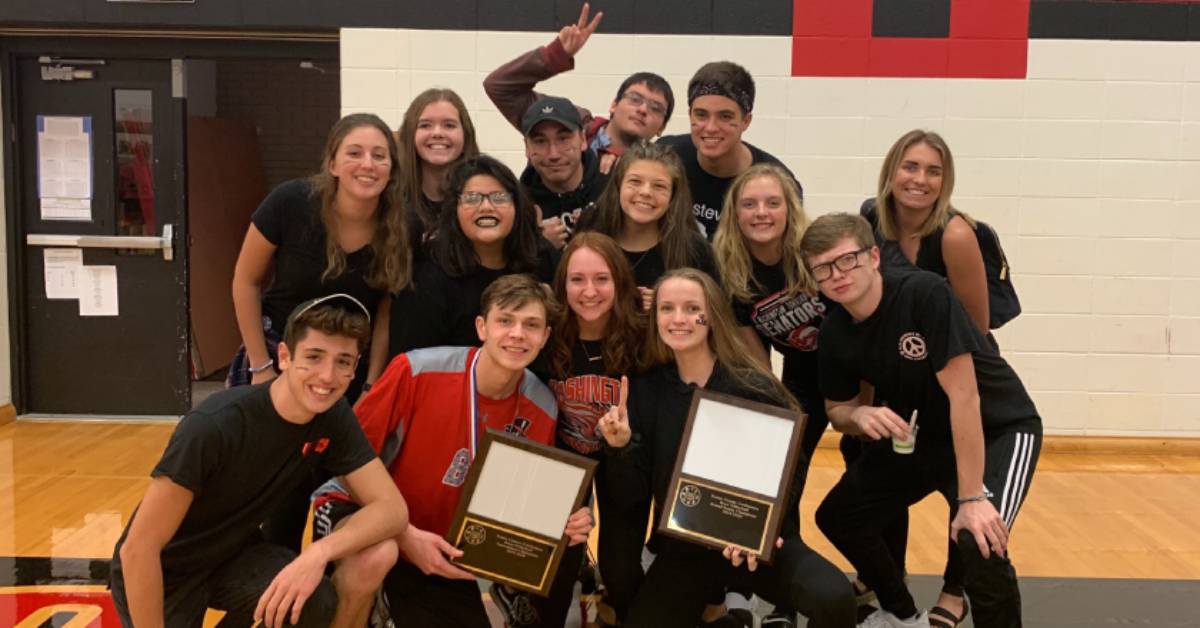 Fall sport athletes worked harder and excelled these past few months at Washington Township High School (WTHS). Players earned prestigious awards and teams advanced farther than ever before in tournaments.

Both the boys and girls soccer teams set new records for WTHS. For the first time in the school’s history, the girls soccer team advanced past the first round of sectionals to the championship. The boys team also broke multiple records, starting off with their winning season of nine wins and seven losses in the regular season. Sophomore Spencer Moore has set the record for most goals, finishing with 18 throughout the season. Marek Robinson, a sophomore at WTHS, also broke the record for assists.

Tyler Hachey, a junior and cross country runner, left all expectations in the dust as his times this year surpassed what anyone could have imagined. Not only did he secure the PCC Championship back on October 5, but he extended his personal season until the last week of the month by competing at Semi-State at New Prairie High School. Everyone on his team is extremely proud of Tyler and some of his fellow classmates drove out to support him at the high-stake meets.

Cross country was the second Championship that WTHS won this year. The day before the big win, the boys varsity volleyball team defeated Boone Grove High School in a hard-fought match. This is the second year in a row the team went undefeated and won the trophy at their home court.

The Washington Township community cannot wait to see what other accomplishments the athletes will achieve.

Ricky Scomazzoni’s home is more than 4,000 miles away in Milan, Italy. As part of a foreign exchange student program, Scomazzoni has the amazing opportunity to become a part of Washington’s senior class while staying with a host family. This experience opened up for Scomazzoni because of his success in academics at his private school back home. He explained how one of the most notable differences in the schools were the longer days. Back home, Ricky only has the main core classes in a five-hour school day. While this may seem like a dream for American students, Scomazzoni described Washington’s electives as “interesting” because he could choose the classes that he enjoyed.

When asked what he misses most about Italy, Scomazzoni replied, “my friends.” Scomazzoni explained how the seven-hour time change impedes his ability to keep in contact with people he knows. It is easier for him to text his friends but even then it is extremely difficult to carry on a conversation. At WTHS, Scomazzoni brightens everyone's day by high-fiving students in the hallway every time he passes someone he knows.

Scomazzoni loves playing the guitar and is even accompanying the choir guys in their performance of “Hey There Delilah” by the Plain White T’s in the school’s talent show in November. He is also fascinated with computer coding. After he finishes his final year of high school in Italy, he hopes to attend Purdue University to earn a degree in Information Engineering.

Along with the more obvious addition of Washington’s new high school gym, the school board also invested money in a new science room for teacher Todd Hutson. Hutson teaches all the physical science classes such as physics, earth and space, and engineering courses. With the recent interest in his VEX Robotics Club and growth in his classes, the school saw the need for a less cramped classroom. The new room combines two old ones, and the configuration provides room for a new arrangement of computers for coding an open space for the robotics. The modern design also includes mobile lab tables with accommodating storage underneath and cabinets with whiteboards for doors.

Hutson is very excited for the fresh opportunities that the classroom can now support. Valerie Churchill has taken his classes since her freshman year.

“He motivated me to stick with the engineering classes even when I was the only girl,” Churchill said.

Now a senior, Churchhill is taking dual-credit engineering course and participates in the VEX Robotics Club, a group where students build and program robots to complete certain tasks at competitions.

The students and staff hope that the improvements to Hutson’s classroom only magnify his already spectacular contributions to the science department at Washington.

WTHS has devoted quite a few resources to their winter sports programs. Earlier in the year, construction started on the middle/high school building. The plans were to expand the middle school gym and convert it to a larger high school gym. This long awaited project benefits not only cheerleaders and other athletes but also the spectators. The Washington Township community hopes that this project encourages larger crowds at games and events. Even more, the updated bleachers allow for a less cramped pep band and student section so everyone can go crazy during basketball season. The gym is anticipated to be completed at the start of the new year, but with winter sports underway, the reveal is highly awaited.  Another new addition to the winter sports programs is the hiring of a new cheer coach. School nurse Catherine Garzella has stepped into the position and the cheerleaders are stoked to learn all they can from her. Coach Garzella previously coached her daughter’s team in competitive cheer. Coach Garzella is a perfect fit because she is dedicated to developing the cheer program and is even allotting time to work with the middle schoolers.