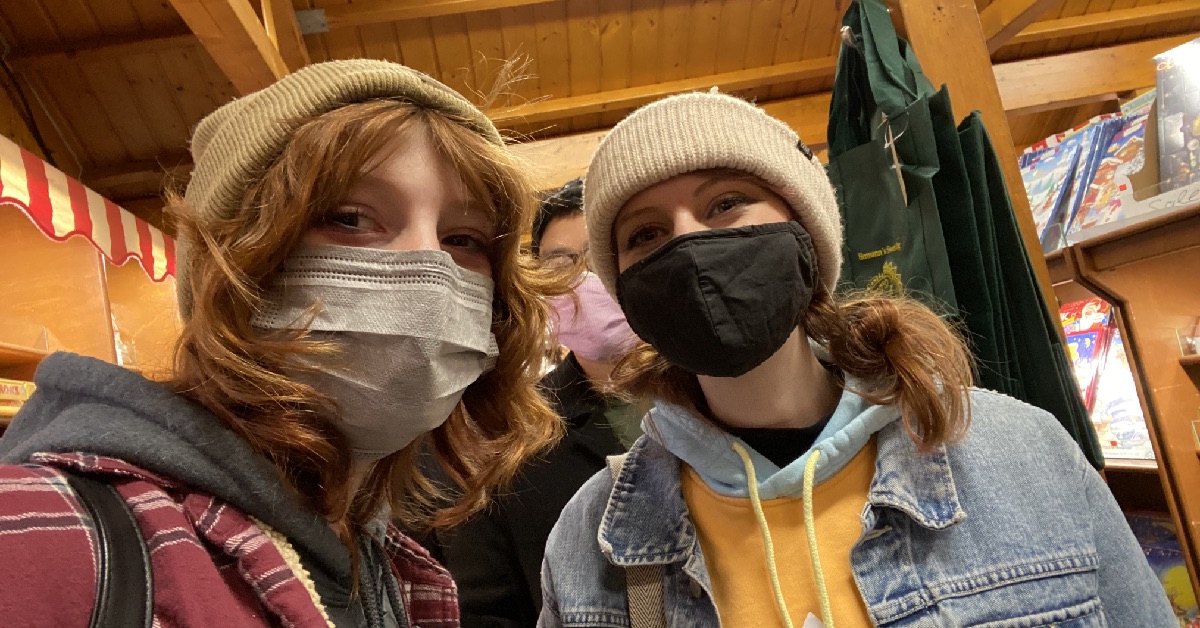 The Morgan Township High School (MTHS) cross-country teams have brought this year almost to a close with more breathtaking records.

For the first time in MTHS history, the girls' cross-country team is going to state as a team! As senior runner Maria Lemmons leads the pack into the newfound territory, a feisty race is soon to come. Head out to Wabash Valley Sports Center in Terre Haute, Saturday, October 29th, at noon eastern time to watch the girls wrap up their season with their toughest run this year.

As for the boys' cross country team this year, three of the runners are advancing to the Indiana State Race where the face-off between hundreds of schools and runners around the state give everything they have out on the course. With runners Ty Ivanyo, Aidan Ilic, and Harrison DePorter, MTHS is positive it will be a fantastic race no matter what. The race will be taking place in the same location as the girls’ race in Terre Haute, Saturday the 29th, at 2:30 eastern time.

At the seasonal event, one can expect to see many shops open to anyone walking through. Many of these are small businesses that have German roots or are interested in spreading German culture to others. Those who aren’t small businesses are often selling German cuisine or desserts.

MTHS’ German teacher, Steven Bazin has done a fantastic job exposing students to the annual traditions of German culture and doesn’t plan on changing those plans for anything.

Steven Bazin is the German teacher at MTHS and a good one at that.

Bazin is in his third year teaching at MTHS, with classes of middle schoolers, and freshmen to seniors, Bazin stays busy during the school day.

With classes as small as they are at MTHS, Bazin has an appreciation for the students individually.

“My classes are small, and I enjoy getting to know my students and coworkers personally,” said Bazin.

During his years in high school, Bazin had wonderful and significant experiences with German teachers, so he tries his best to provide the same for his students. Bazin utilizes his authoritative position to expand students’ knowledge of obscure topics about German culture. In recent weeks, many classes have been exploring German poetry, theater, architecture, and film, and of course, learning all the tips and tricks to figuring out the delightful language.

Since his first year at MTHS, Bazin has been developing the German program into a more prosperous journey for students in their high school years. Bazin plans on opening an opportunity for students to participate in an exchange program. He also plans to have another field trip before the fall season is up. Additionally, Bazin is looking into working toward an AP German class.

“I’m going to be working on getting my master's degree so I can be qualified to teach an AP class here,” said Bazin.

Clearly, Bazin is investing a lot into the school and, evidently, won’t be leaving any time soon.

In the upcoming years, Bazin has big plans for, hopefully, even bigger classes.

Fourth-level German classes seem to be a favorite of Bazin’s for the sake of being able to dig deeper into fun subjects that interest the students.

Bazin seems to have a lot going on in the next few years for his classes and relished students.

Ty Ivanyo has been a student at MTHS for the past eight years and has been a warmhearted yet driven friend every step of the way.

Attending MTHS comes with its ups and downs, but Ivanyo remembers the positives of coming to a small school such as MTHS for such a long time.

“The best part of attending Morgan is the smaller, tight-knit community where everyone knows each other,” said Ivanyo.

It appears the not-so-big hallways of MTHS have a way of bringing students closer together, both figuratively and literally.

Ivanyo has been an active student throughout his years, being involved in cross country, track and field, Student Council, Key Club, Spanish Club, NHS, FACS Club, FCA, and the LIT Team. Cross-country is the most prominent for Ivyano.

As previously mentioned, Ivanyo is a senior runner this year. He tends to bring fire when it comes to running. Ivanyo gives everything he has to cross the finish line in the quickest way possible alongside his supportive teammates. The past seven years of Ivanyo’s years, and summers, have been spent dedicating time and an immense amount of hard work to cross country. The relationships built through the cross country have greatly affected Ivanyo. With the years of experience Ivanyo has, he has evolved into a position of guidance and influence to those in the grades below him.

“I do see myself as a leader on the team, as I’m a senior and have been on the high school team for 4 years,” said Ivanyo.

As the future becomes brighter by the day for MTHS’ Boys Cross Country, Ivanyo hopes to see the continuation of their undefeated conference streak and more appearances from the team at the state level.