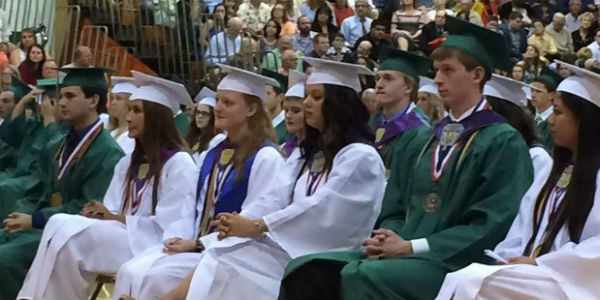 2015 was indeed a memorable year for Wheeler High School students, teachers, and faculty. From academics to athletics, Wheeler excelled in a variety of activities. The class of 2015 had the highest academic achievement of any Wheeler graduating class, holding the highest class grade point average in the last nine years and sending 21 of its 121 members to the Academic Hall of Fame. Principal Don Gandy stated at graduation that the class of 2015 was an extraordinary one.

"I have grown to learn about you, love you, be challenged by you," Gandy told the class.

Additionally, English teacher Mr. Boruff said, "Embrace imaginative thinking and never feel bad for being me, for being an individual. Originality is a rare commodity. It has been an honor to be your teacher."

Senior graduates are truly grateful to be members of the Union Township School Corporation.

As a special bonus to the Wheeler High School students, Mr. Bock conducted a field day where freshman, sophomores, juniors, and seniors competed in a variety of fun-filled activities, with the goal of being declared top class. These included dodgeball, basketball, baseball, soccer, football, volleyball, ping-pong, kickball, lip-sync battle, badminton, bags, and countless others.

After the final dodgeball tournament, the senior class was victorious. This was the first time Wheeler High School dedicated an entire school day to field day, and students and faculty alike were thankful for the opportunity. Moreover, Mr. Bock wrote a heartfelt message on Twitter to all Wheeler High School students following the event. 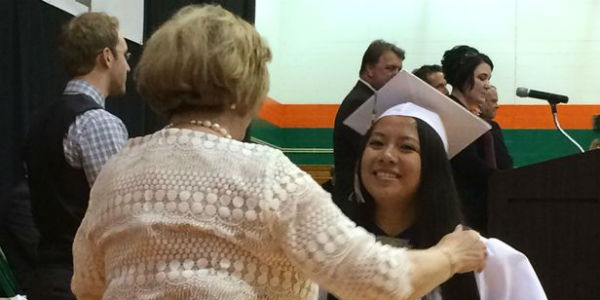 Throughout the year, Wheeler High School students were hard at work preparing for the 2015 Indiana Academic Super Bowl hosted by Purdue University. This is a prestigious program of the Indiana Association of School Principals. With regard to rankings, the math division placed third, the science division was first, the social studies division placed fifth, and the English division was third. Additionally, Wheeler’s Science Academic Team scored high enough to compete at the state level, where they ultimately finished in fifth place overall. Andrej Sikoski, captain of the Science Academic Team, said the following, “Being the captain of such an incredibly smart and dedicated team was a once in a life time experience. It was completely incredible, and I wouldn’t trade it for the world. I am so excited to see what my final year on the team brings. Hopefully, we can make it to state a third time and win!”

At the core of what identifies a Wheeler High School student is being involved in extracurricular activities. Students are able to participate in community opportunities through Student Council, Key Club, and National Honor Society. In fact, I have had the privilege of being involved in all three groups. Some of the events to which we contributed were Valparaiso Popcorn Festival, Opportunity Enterprises, Salvation Army, Special Olympics Bowling, American Red Cross Blood Drive, and countless others. I look forward to contributing to Northwest Indiana’s community even more in the following years.

Nearing the end of the year, Wheeler High School athletics achieved exceptional results. To begin with, the Varsity Boys’ Baseball team went on a seven-game winning streak, from May 9 to May 20, eventually losing to Whiting at a home game. Further, the Girls’ Varsity Softball team went on a five-game winning streak, from May 2 to May 21, ultimately losing to Griffith High School. Next, the Girls’ Varsity Tennis Team won three out of their last four games. On May 4, the girls lost at home to Lowell High School, in a close match with a score of 3-2. Congratulations to all Wheeler High School athletics, and good luck in the 2015-16 season!

"You have completed my life and gave me the security of belonging," said Mrs. Rukavina, nearly tearing up. "It is hard to say goodbye. I love each and every one of you. Each of you have been given the knowledge and opportunity to lead your life to the extraordinary," Mrs. Rukavina told the class.

On behalf of all of the WHS students, I want to extend my heartfelt gratitude to Mrs. Rukavina for instilling a love for learning in all of us. 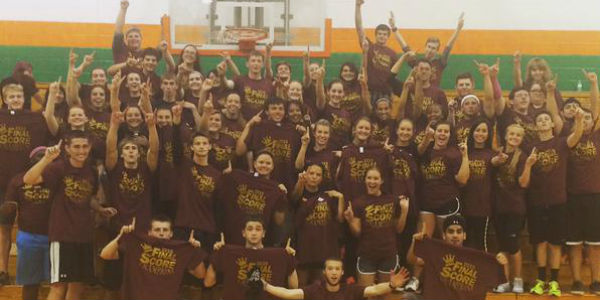 For a student shout out, I would like to recognize a Wheeler High School graduating senior, Denis Ribordy, who has been involved in our School's Key Club and National Honor Society, both community service-based clubs.

Denis maintained a 4.412 grade point average, served as a class officer of the Student Council, was involved in the Natural Helpers Program, served on numerous academic teams and was the captain of the WHS cross country team.

"Denis is one of the finest young men I have encountered in my 37 year teaching career," wrote his former English teacher and NHS sponsor Paula Rukavina. "He is responsible, reliable, dedicated and ambitious. He can always be counted on to carry out any task above and beyond what has been asked of him. He is also kind and caring and has demonstrated those characteristics often to adults and peers alike," Mrs. Rukavina wrote.

Denis said he believes it is important to have a role model and mentor like Mrs. Rukavina. I wish Denis and all of the students of the 2015 WHS Graduating Class best of luck in their future endeavors. Wheeler High School is proud of all of you!