Tennis
The flowers are blooming, the courts are dry; it is tennis season at Boone Grove.

The Tennis team has begun the season facing La Lumiere on Tuesday, April 4, 2017. Unfortunately, the women went home with a loss of 1 - 4. The team's current record for the season is 0 – 1, having only played one match so far. Last year, the Tennis team had a record of 5 – 7.

Upcoming home matches include Tuesday, April 11th, where the women on the Tennis team face North Judson. Wednesday, April 12th holds a match between our ladies and Wheeler's team. On Thursday, April 13th, the girls face Merrillville High School. The team will also be attending a varsity tournament located at New Prairie on Saturday, April 15th.

Bailie Edwards is a senior on the Tennis team who has put her blood, spit, and sweat into the sport. She has been involved in the sport since her freshman year.

When asked, "What is the favorite match you have played?" Edwards responded with, "When we played against Kankakee Valley my sophomore year. I came back and won after trailing 0 - 3."

It is just the beginning of a strong year. Though Boone Grove lost, the team is keeping their heads above water. The Tennis team is currently being rebuilt due to losing five senior players from last year. This will not halt the women's power, though many may think so. In fact, it will encourage the team to instead, spring forward this season. 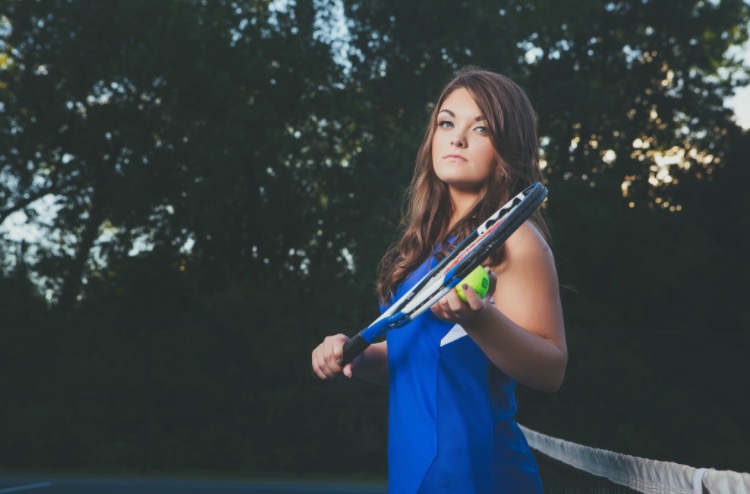 Natalie Kovacik is a senior at Boone Grove High School. She has been on the team since her freshman year. Since she started as a freshman, she fell in love with the sport.

When asked, “What is your favorite moment from being on the team?” Kovacik casually responded with, “I'd say my favorite moments tend to happen at practice. We get to go off a little bit and its always interesting to see what happens.”

Kovaciks's last year in tennis will definitely be an exceptional one. She plays doubles on the team and she is currently adjusting to a new partner since her other one recently graduated. Though she is still adjusting, they did win their match in doubles at La Lumiere.

“I'm excited for the season. It's my senior year, so I'm looking forward to seeing how I've improved over the years. It should be a fun season.” 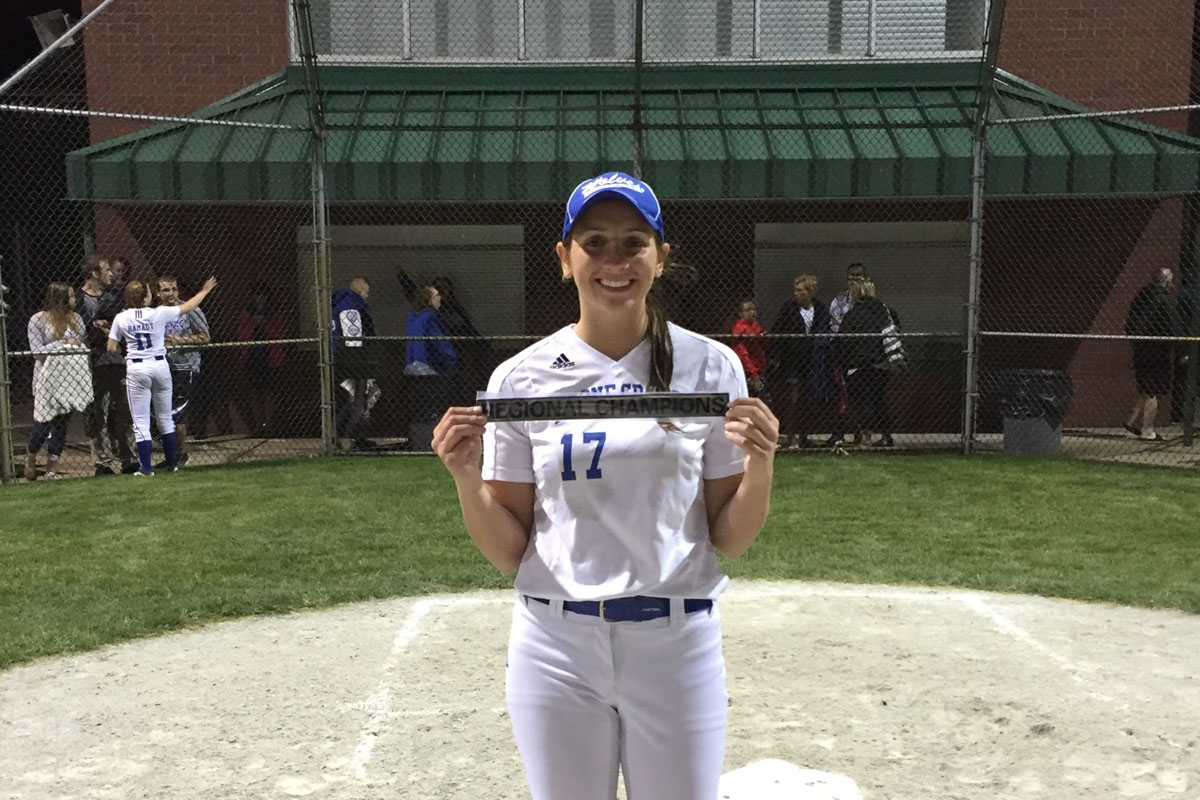 Angie Marcheschi, a Student in the Spotlight
Angie Marcheschi is an outstanding student, friend, and person overall. She has contributed her skills to so many people, sports, and environment around her. Angie is a senior at Boone Grove who has impacted every person she has come across in overwhelmingly positive ways. She is an incredibly positive, encouraging, and reliable person whom Boone Grove adores.

She is involved with National Honor Society, the Softball team, and Boone's SAAC. She has been playing softball for over 10 years, playing 4 years as a varsity starter. Throughout her years on the diamond, she has played as a pitcher and a 2nd baseman. Angie Marcheschi is one of the strongest players on the Softball team, along with being among the strongest people at Boone Grove. Marcheschi is also incredibly involved in academics. She is holding onto a 10th place ranking among the senior class, currently wielding a 3.7 GPA. 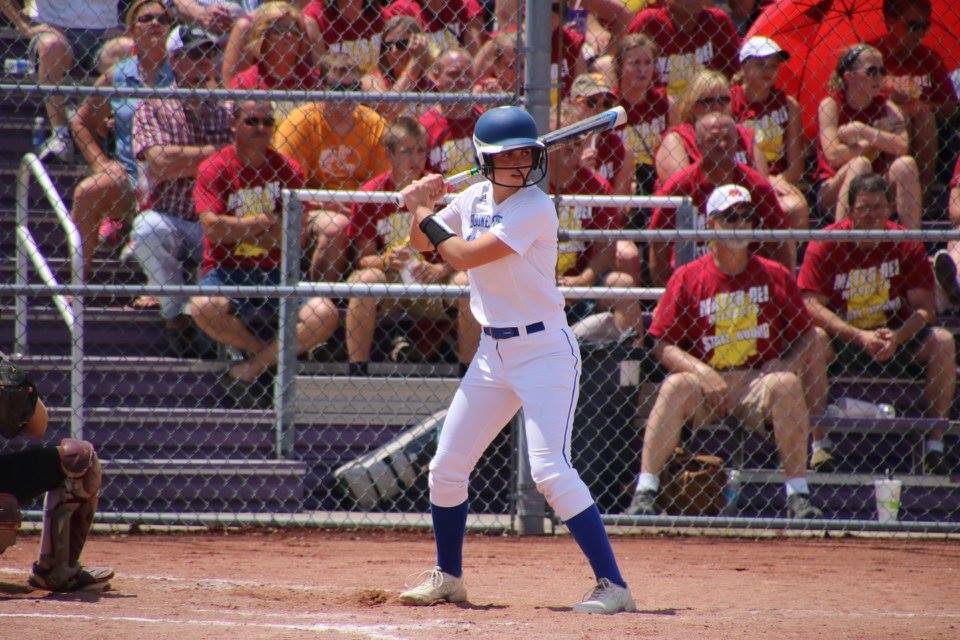 “I love the game. Softball has taught me hard work and dedication. Plus, the sport is something my family and I share together.”

During the first game of the 2017 season, Angie hit a grand slam. The Softball team won their first game facing Griffith High School on April 1st. 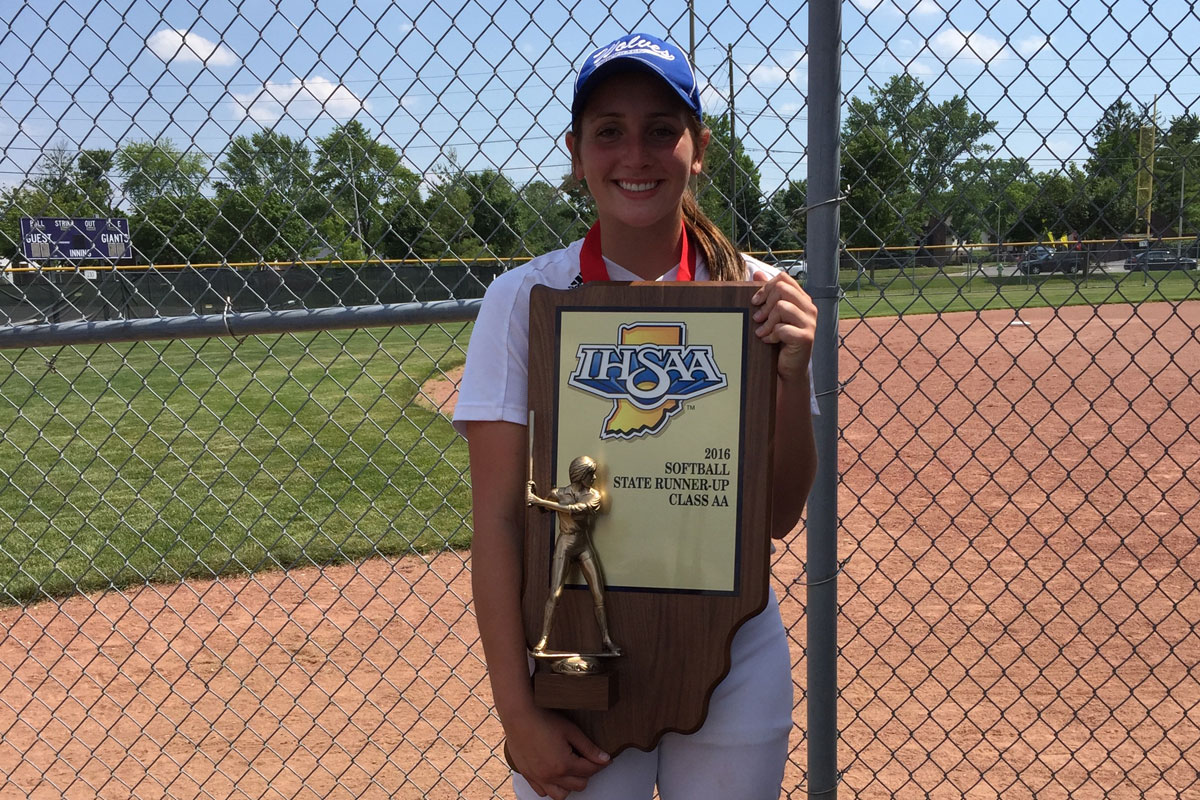 Marcheschi added “I think talent-wise, we can accomplish anything. We have to take this season one step at a time and we need to have the desire to win more than anyone out there.”

Boone Grove is honored to have such a respectable young adult attend our school. We are extremely sad to see her go, but are excited to watch her follow her dreams of helping people in the future. Marcheschi will be attending Indiana University Northwest in the fall of 2017, and will be studying to become a Nurse Practitioner.