Homecoming Festivities
If you were to ask a Washington Township student what their favorite week of the school year is, they will most likely answer Homecoming Week.

The first two dress up days were Pajama Day and Christmas Sweater Day on the 19th and 20th, the last two days before Winter Break.

“Pajama Day is my favorite day of the year. There is nothing I love more than coming to school in my cozy pajamas with my slippers”, said sophomore Noelle Arrigo.

After Winter Break, there were three more dress up days, including Character Day, Letter “C” Day, and Spirit Day.

“I dressed up as myself,” said Senior Casey Zippel.

The festivities continued until the 6th, with the much awaited Homecoming Games. The games are always fun and competitive, with all the classes vying for the most points.Throughout Homecoming Week, points are earned based on the percentage of students that dress up per class. As points accumulate, the competition becomes tougher. The chance to earn the most points is on Friday during the Homecoming Games, with tug of war and a scavenger hunt. The juniors came out on top, with the sophomores close behind, then the freshmen and lastly, the seniors.

“It was really fun to see the students from all the grades getting along and having some healthy competition during the Homecoming Games. We were all getting riled up and pumped for the game and you could really feel the school spirit,” said junior Hannah Baldwin.

During the halftime of the girl’s game, each class paraded around the gym, asking for donations for their class.

The freshmen had fortune teller, sophomores had the human cannon, juniors had carnival games, and the seniors had strongman.

“Everyone loves the shopping carts. I love going around the gym and seeing everyone’s reactions, especially when we throw out candy,” said sophomore class president Michael DeHaven.

Overall, with the dress-up days, Homecoming Games, and shopping cart points factored in, the juniors won for the second year in a row. 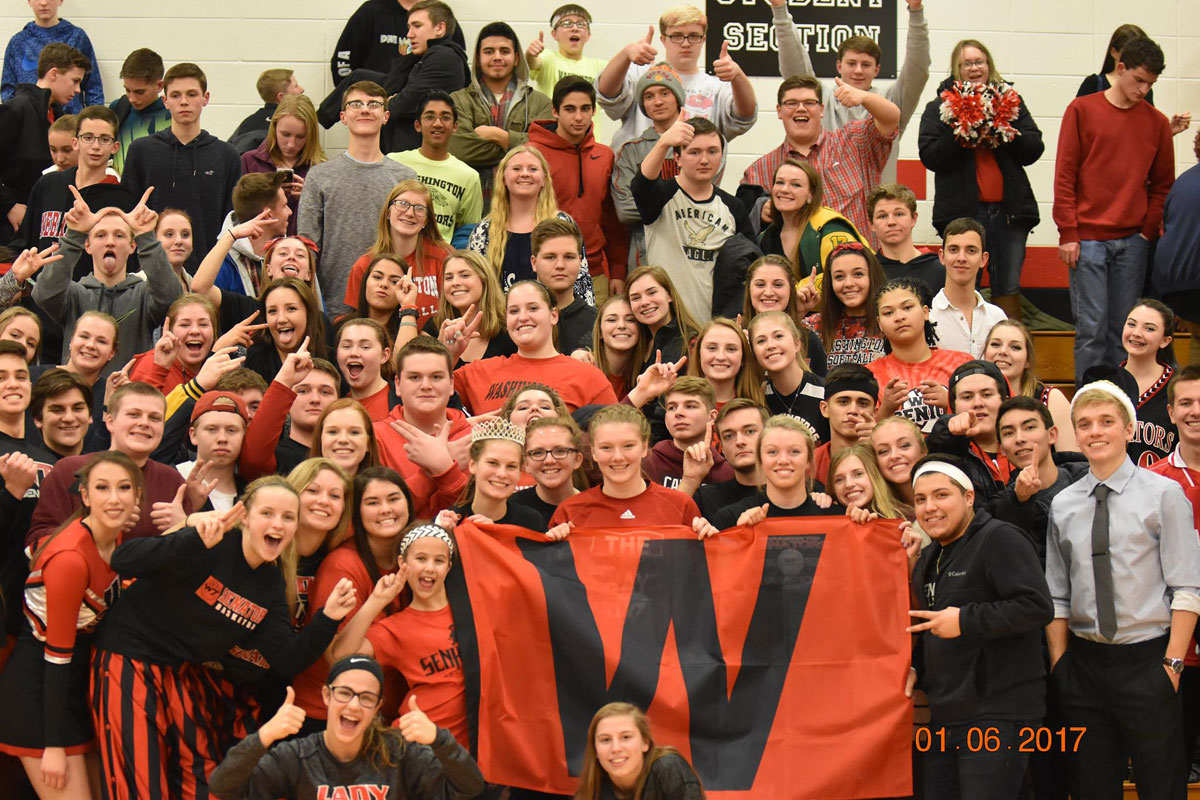 Homecoming Game
The girls varsity basketball team started off the night against LaCrosse. Unfortunately, they lost, but they appreciated the support from the community.

“We have been having a tough year, but it’s really nice to see all of the support we still have. I only have a few games left of my senior year and it was such a good feeling seeing everyone in the stands for my last Homecoming,” said senior Brianna Meade.

Ryan Sears agreed, overwhelmed with the encouragement from Washington Township.

“I love playing in the Homecoming game every year. It is so fun to see the giant student section and their cheers are always great,” said Sears.

“The support of the crowd and student section was amazing. We are fortunate to have a community who supports us with so much enthusiasm and passion. It definitely is a fun night on Homecoming in our gym.” said Coach Scott Bowersock.

Both teams look forward to the PCC Tournament. The girls play South Central at Boone Grove on the 16th and the boys play Westville at Kouts on the 19th.

After the girls game, it went right into Homecoming Court.

Freshmen and Sophomores each had three boys and girls represent their grade, while the upperclassmen had five each.

“I’m so excited to be Prince of Hoco. I really feel part of the high school and I love it. TOMA!” said Martinez-Salazar.

“I am so honored to be voted Homecoming Queen. I can’t thank everyone enough. It was a night I’ll never forget,” said Rokosz. 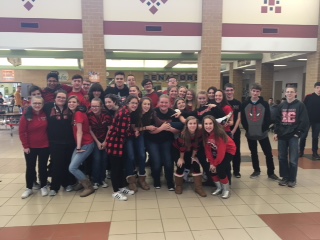 Homecoming Dance
As soon as you walk in the door, you are transported to a carnival.

“I was extremely pleased with the way homecoming looked. We had carnival stripes, a snack bar, carnival games, and a Big Top tent,” said Morgan Olson.

As Student Council Vice-President, Olson was put in charge of Homecoming. 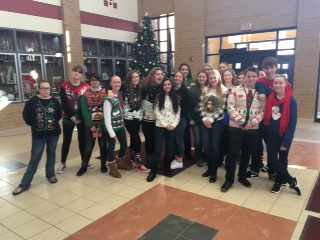 Since the beginning of the year, she, along with Historian Madison Batthauer, have been working tirelessly on coming up with creative decorations that would impress everyone.

“Homecoming is an amazing and fulfilling event to put on. The endless hours of prep are well worth it once you see all of the students enjoying the dance and festivities and the abundance of school spirit,” said Junior Batthauer.