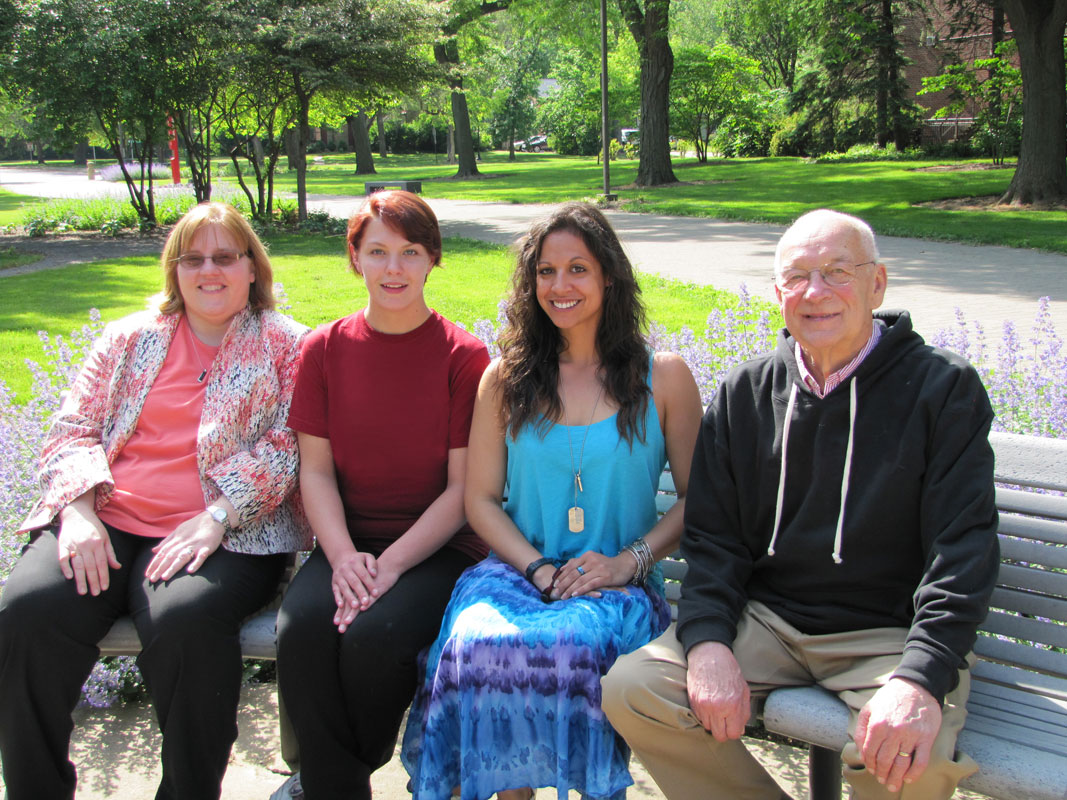 Two Stanford Prizes were awarded at the conference from entries of more than 1,000 student researchers worldwide. The Purdue Calumet students’ research project is titled, “Cognitive Tasks and Decision Making: The Effect of Cognitive Stress on Choice.”

Komacsar and Lopez initially began researching their topic for a class Damusis taught. The students studied the effect of mental stress on choice during a cognitively engaging task. Specifically, they measured individuals’ ability to memorize and deliver phrases after first choosing to eat a snack of fresh vegetables or cheesecake.

Understandable & defined rationale
“We were a little shocked when we learned we had won,” Komacsar said. “But we made our research understandable to our audience, and that was important.”

Lopez added, “We clearly defined our research rationale during our oral presentation.”

Stanford Prize consideration is based on evaluation by a panel of Stanford professors relative to research originality, independence, methodological quality, potential scientific impact and societal relevance.

Purdue Calumet Behavioral Sciences Department Head and Associate Professor of Psychology Anne Edwards said that earning such a prominent award is another example of Purdue Calumet students gaining knowledge and experience in their field that puts them at a level with students of any university in the country.