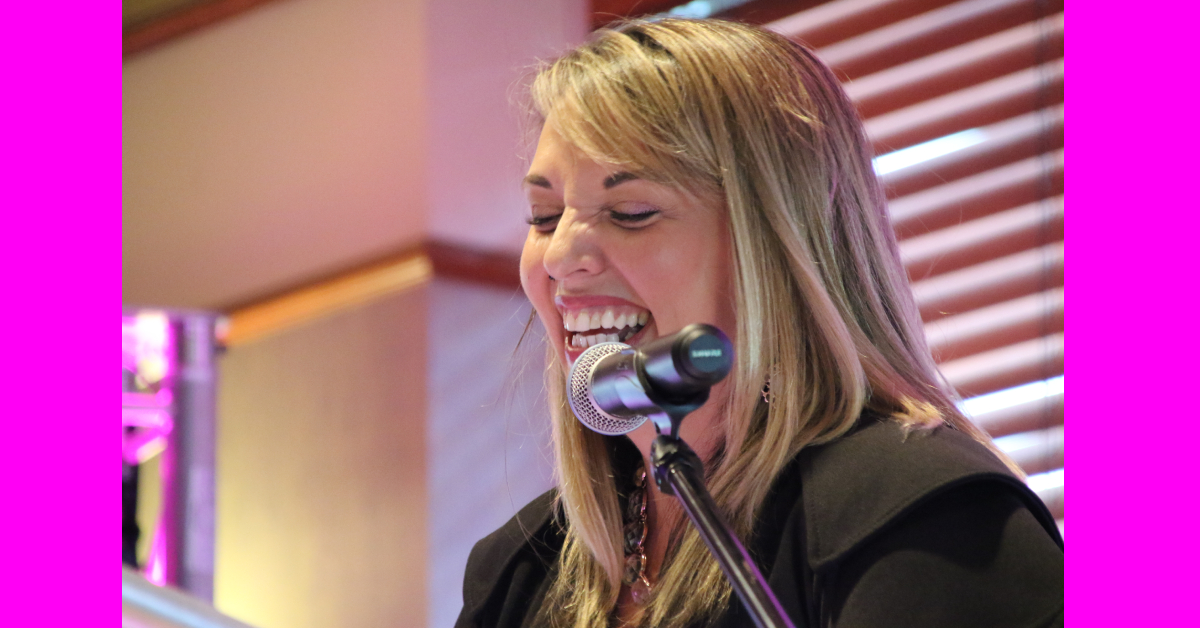 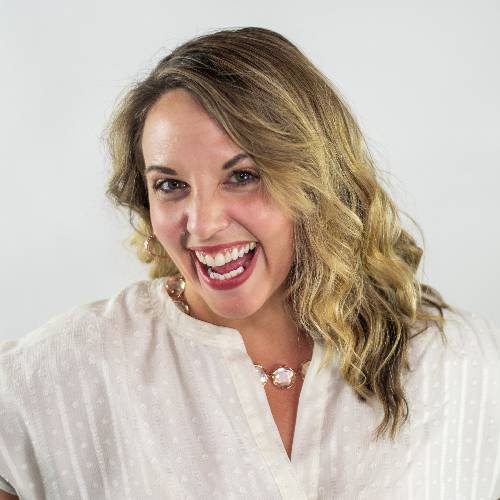 I remember holding my note cards with my hands shaking in front of a crowd of 50 people the first year of AATG. By year 5, I was standing in front of 300-plus people with a lot fewer jitters. It’s amazing how things come full circle as we reach the two-month anniversary of the 5th annual All About the Girls event. I am lucky to know the women who have participated over the years because they are so powerful, helpful, and encouraging, and I think these connections are not something that every woman gets to experience. Each year has its own personality and identity mirroring each strong and warmhearted woman who has spoken or attended.

Reflecting on the theme of the first year, positive news has and continues to motivate me each day. That first year of All About the Girls, the podium was a rolling desk in the back of Industrial Revolution, and I was nervous as all get out. The feelings of Blair Milo, Erin Parker, Heather Ennis, Celina A Weatherwax, Darlene McCarty Cohn, Nancy Zinick Simpson, Norma Serrano Williams, and Shellie Dell touched the crowd as we heard their testimonials on being strong women in the Region.

The second year we had a big jump in attendance. We had multiplied attendance three-fold and moved to a bigger venue – Sand Creek. We didn’t fill up the whole place, but we used at least half of it. Looking back, I think the growth each year was a bit daunting, but I still remember every single theme vividly. I decided the second year was the time to be a bit more heartfelt and focused on women’s empowerment. To this day, the second year’s topic is my favorite. We decided on “Dear Me.” Each of our wonderful speakers delivered advice to themselves that they wish they had received when they were young. The stories were fantastic, heartfelt, and vulnerable. Jennifer Simpson Brown, Michelle Andres, Marie Foster-Brūns, Sue Reed, Kimberly Ramsey, Maura Durham, Denise Carpenter, and Jeanne Sommer moved many of us to tears.

When the planning for year three, I was still super nervous. We took things to the next step and used the entire room at Sand Creek, as opposed to just half. I remember going all out with my hair and outfit and really just being myself. There is this sense of non-judgement at AATG. We all feel fabulous, because we’ve collectively let go of focusing on our flaws and imperfections, even if only for that night. And with that, the theme for year three was born. “You’re Welcome World” became our motto. We decided that regardless of how the world views us, we deserve appreciation and encouragement. Cathy Brown Brown, Jennifer Hough Sanders, Candace Arvin, Melissa Topor Huffman, Stacey Kellogg - Storyteller, Donna Schmidt Flanagin, and Marissa McDermott all were there to support each other, and lift up everyone in the room. Donna Flanagin’s amazing pay-it-forward initiative that year touched my heart.

Every year I try to choose speakers who match the subject matter. Every woman I choose is someone I know has inspired and motivated me and many people around them. Traci Brubaker sells cars in the auto world. She rocks this predominantly male-driven field so I knew she would be great for the theme of the fourth year: “Like a Girl.” This particular year we reclaimed this expression and became empowered. “Like a Girl” really became more about strong, driven women who are Like a Boss. I recall inspirational speeches from Judy Kukela, Ashleigh Marlow, Erika Lubeznik, Amy Blaker, Kathleen Szot, Traci Brubaker, and  Robin Rock creating a night to remember.

In 2019 we marked the five year anniversary of AATG. We sold out faster than we ever had, and “Courage over Comfort” was the theme. Our speakers were Cassy Swanson, Lisa Kusbel, Courtney Smith, Buffy Adams, Elizabeth Marks, Ashley Halpern, Katie Eaton, and Ashley Dickinson – a stellar lineup with testimonials that were a perfect mix of raucous humor and meaningful messages. Courtney Smith had everyone laughing hysterically when she walked to the stage to her song, only to discover it was the wrong song. She made the DJ start over; nobody was surprised, but everyone cheered. I love these moments where we can joke and laugh together. But there is also that heartfelt side of it, too. Ashley Halpern, Cassy Swanson, Buffy Adams, and Ashley Dickinson each told highly personal accounts of key moments in their lives in hopes of inspiring others to set comfort aside, and choose courage instead.  To see all of the different personalities that fit into the All About the Girls event is so rewarding.

Throughout each of the years, my team at GreatNews.Life has been so amazing. Seeing their appreciation and enthusiasm for this event is always heartwarming. They work tirelessly with me to throw this party. The camaraderie and support that you feel from woman to woman, and team member to team member, is so fulfilling – both fantastic and unexpected at the same time. At year five, in fact, the team surprised me with a song performed by our own Lifer, Mandy Haack, and a framed collage of the “Ellen selfie” group shot from each year at AATG. That has become a beloved tradition. Throughout the years and through the expansion of All About the Girls, I have felt nothing but support. The feedback each year from this event continues to motivate me. Looking toward the future, I want this event to be as big as the Region allows it to be. But regardless, my goal is to always highlight people near and dear to the mission of AATG. Remember: We are not alive just to lose weight and pay bills. Don’t fake it until you make it. FAIL until you make it. Above all – support each other and the women around you, and let’s keep this thing going for years to come.