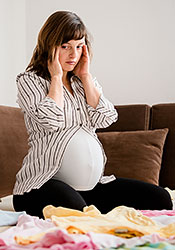 You are starting a family, and you’re worried your baby will be allergic to peanuts. If he or she is deemed to have a high risk for peanut allergy after birth, feeding him or her peanut products early on may prevent it.

Western countries have seen rates of peanut allergy double during the past decade, according to studies, leading many daycares and schools to ban peanut products. A peanut allergy can be life-threatening: In its most severe form, it can cause a potentially deadly immune response from the entire body rather than localized symptoms.

Once, conventional wisdom held that avoiding peanuts in infancy and toddlerhood was the most effective way to prevent peanut allergy. Now, new research supported by the National Institute of Allergy and Infectious Diseases published in February 2015 is turning that logic on its head, at least for high-risk children.

Researchers in the United Kingdom studied more than 600 babies between 4 and 11 months of age whose skin prick tests and severe eczema or egg allergy indicated they had a high risk for peanut allergy. The infants were randomly sorted into two groups: one group that avoided peanut products and another that received six grams of peanut products per week. The groups followed their assigned protocols until the children were 5 years old.

Following the study’s publication, the American Academy of Pediatrics (AAP) endorsed a consensus statement developed by several American and international medical organizations intended to serve as interim guidance to physicians in applying the study’s findings to their patients; final guidelines are under development. The AAP recommends giving peanut products to high-risk infants between 4 and 11 months old with physician guidance. If your baby meets these criteria, speak with your pediatrician about the safest ways to introduce peanut products—not whole peanuts, which can be choking hazards—into your child’s diet.