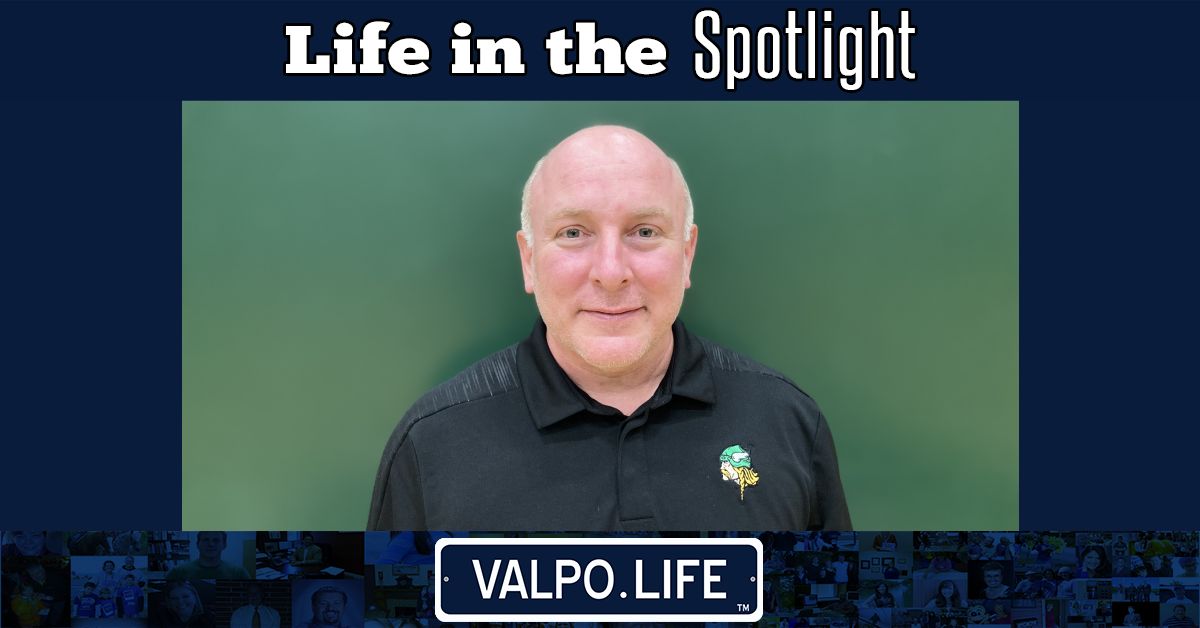 Lewin decided to become an educator at VHS because he realized that he not only wanted to be an educator in the classroom but also to athletic individuals. After a few years of teaching outside Indiana, Lewin came to the NWI area to find a career in teaching that encompassed more than just traditional education. At VHS, Lewin found exactly what he was looking for.

For Lewin, athletic training was their career for him because he played sports k-12. From baseball to football, wrestling, and track and field; Lewin loved sports and knew as he got older he wanted a career where sports could always be in play. Out of all the sports Lewin played as a young adult, he believes that his favorite to play was football.

“I liked playing football the most because I was able to play varsity by my sophomore year. Our team was really good so we got to make it to the playoffs. It was for sure the longest season I had with a sport,” said Lewin.

One interesting fact about Lewin is that during his time in college he was able to intern as an athletic trainer with the GreenBay Packers. This internship made Lewin realize that big-league football athletic training was amazing, but he believed he would have a bigger impact on high school individuals. After a while of being in his position; Lewin would recommend his profession to anyone who likes athletics or medicine.

“I would recommend this career. There are a lot of opportunities for athletic trainers. From club sports to big business; it’s more than what people think,” Lewin said.

Out of all the classes, Lewin teaches, he knows that his favorite class to teach is the adaptive gym class. This is Lewin’s favorite class due to the fact that every day the students in that class come with a smile on their faces and excitement about the day's activity.

Lewin always knew in the back of his mind he wanted to be an educator of some kind. By going to college and finding the athletic trainer major, Lewin put the pieces together and found his passion. Aside from being an educator; Lewin is also an avid lover of music, cooking, camping, going to the gym, spending time with his family, and hiking.