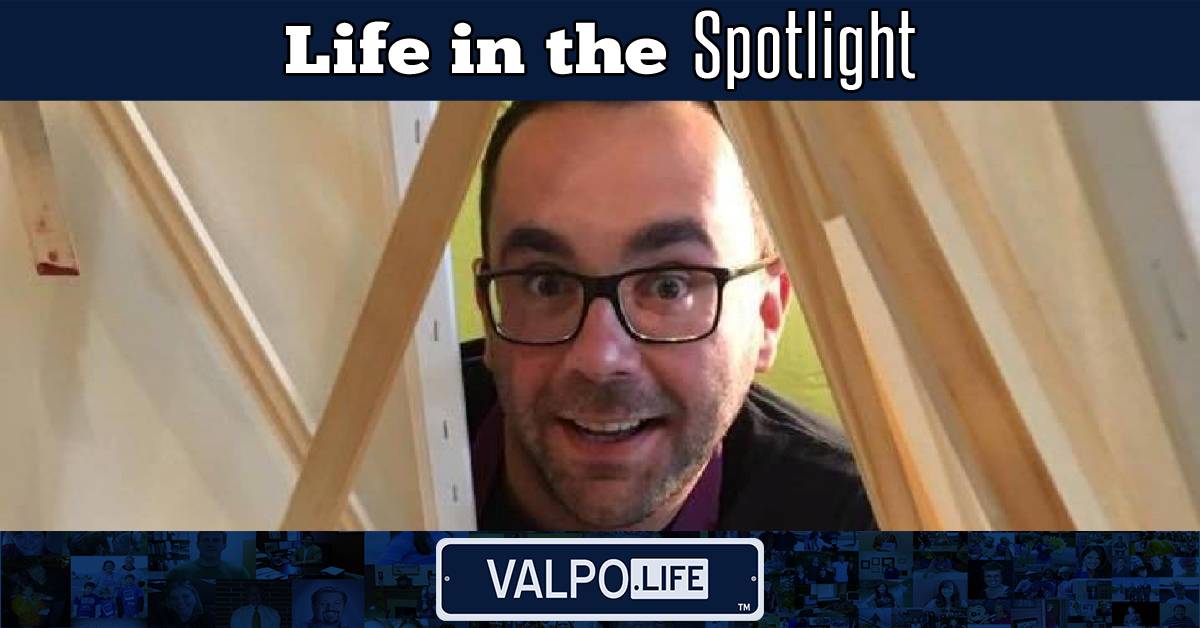 Many might know Sal Muffoletto as one of the devoted Spanish teachers at Valparaiso High School. But what folks may not know is that Muffoletto also works for the National Spanish Examinations as the content and marketing specialist, is President of the Silver Bell Club, and volunteers at Housing Opportunities in Porter County. Muffoletto has dedicated his life to inspire, motivate and challenge youth right here in Valpo, and all over America.

Before Muffoletto was born in Lake Station, Indiana, his father came to America not speaking any English with no money to his name. But with hard work and dedication his father opened a successful Italian bakery and pizzeria. Because of his father’s hard work, Muffoletto was able to graduate from Indiana University and is now working on finishing up his master’s degree in Spanish Education from the University of Nebraska at Kearney.

Muffoletto gives credit to several people for being a positive influence in his life and making him the man he is today. From his family to his colleagues, Muffoletto is thankful for every one of them.

“[My family] has guided me through the easy times and most importantly the difficult times and they’re always there to give me advice,” Muffoletto said. “My colleagues have influenced me and have taught me things that you can’t really learn from teaching a textbook. They’ve made me a better teacher and most importantly a better person.”

“My boss also has taught me so many things and demanded so many things from me, things I didn’t think I could do,” Muffoletto added. “He’s put a lot of confidence in me and believes in me, and I am thankful for that.”

Behind those who influence him today and those who keep him going, are the people who inspired him to start his career journey. Spanish has always been a passion for Muffoletto, but it was his high school teachers who really inspired him to do what he loved.

“My high school teachers inspired me to always give back,” Muffoletto said. “My Spanish teacher, Mrs. Pinnick, my English teacher, Mrs. Mihalik, and my mathematics teacher, Mr. Quigg, were instrumental in teaching me what it is to be passionate, to be giving, and to be compassionate.”

Muffoletto knows very well that life is not meant to be lived alone and would like to thank the people that have had an impact on him: his parents, his aunt and uncle, his sisters, his partner, his high school teachers, his colleagues, and his boss. Muffoletto also had a few words of wisdom for his younger self and the youth he teaches.

“Believe in yourself in whatever you do and give it your all,” Muffoletto said. “And do your best to try to soak up any information from your teachers, they’re actually very wise!”